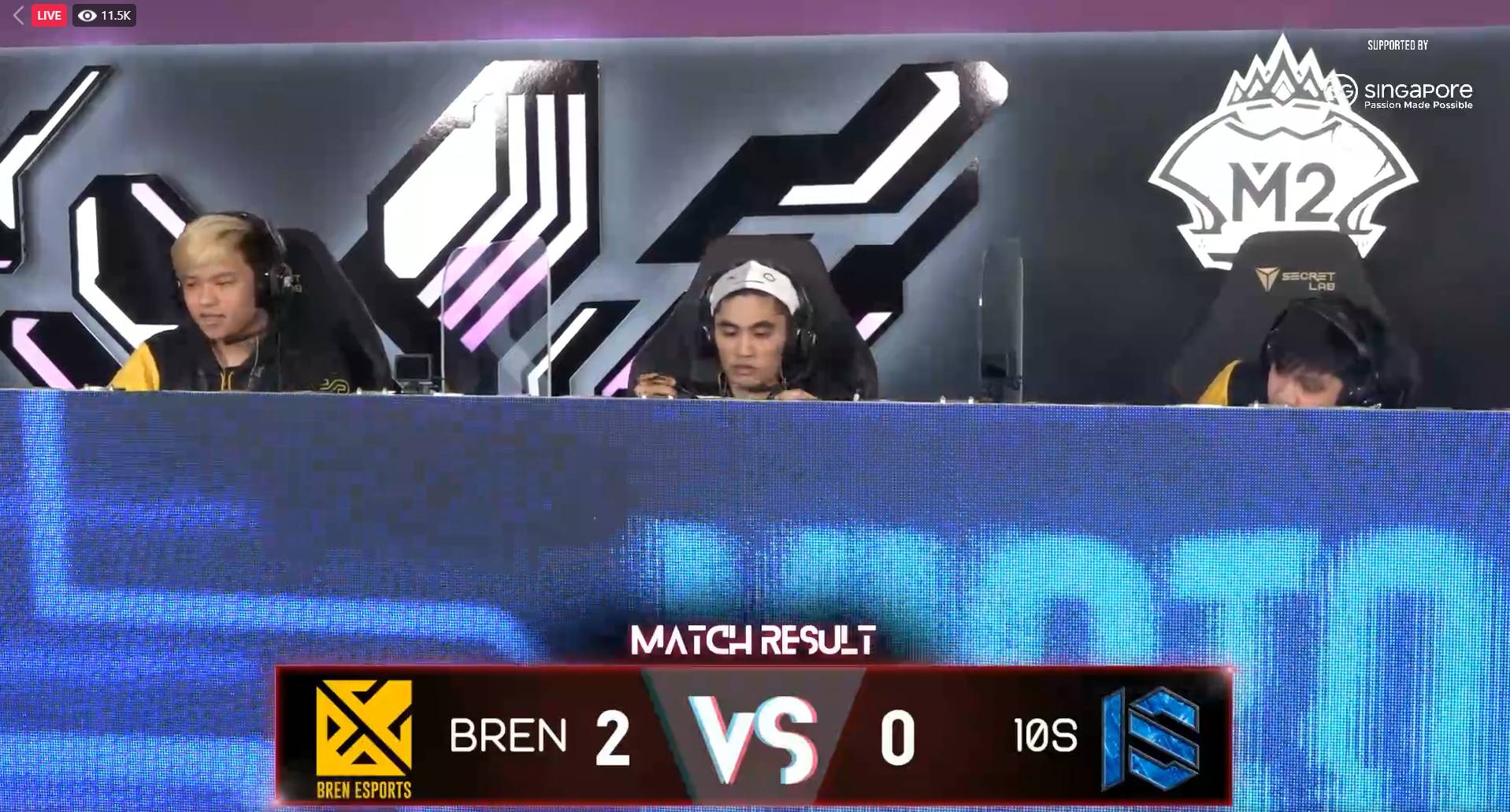 KarlTzy sent a statement to the world, recording the first savage of the M2 World Championship in BREN Esports’ 2-0 annihilation of 10S Gaming Frost at the Shangri-La Hotel in Singapore, Tuesday afternoon.

The Philippines’ child prodigy’s monster outing should come as a warning, as BREN Esports is set to face off against MPL Invitation tormentor Alter Ego for the Group C upper bracket slot later in the day.

KarlTzy, who was named MVP in Game Two, scored 13 of BREN Esports’ 23 kills laced with the first-ever savage of the world meet. He also had zero deaths and four assists, all while collecting a game-high 11,224 net worth. 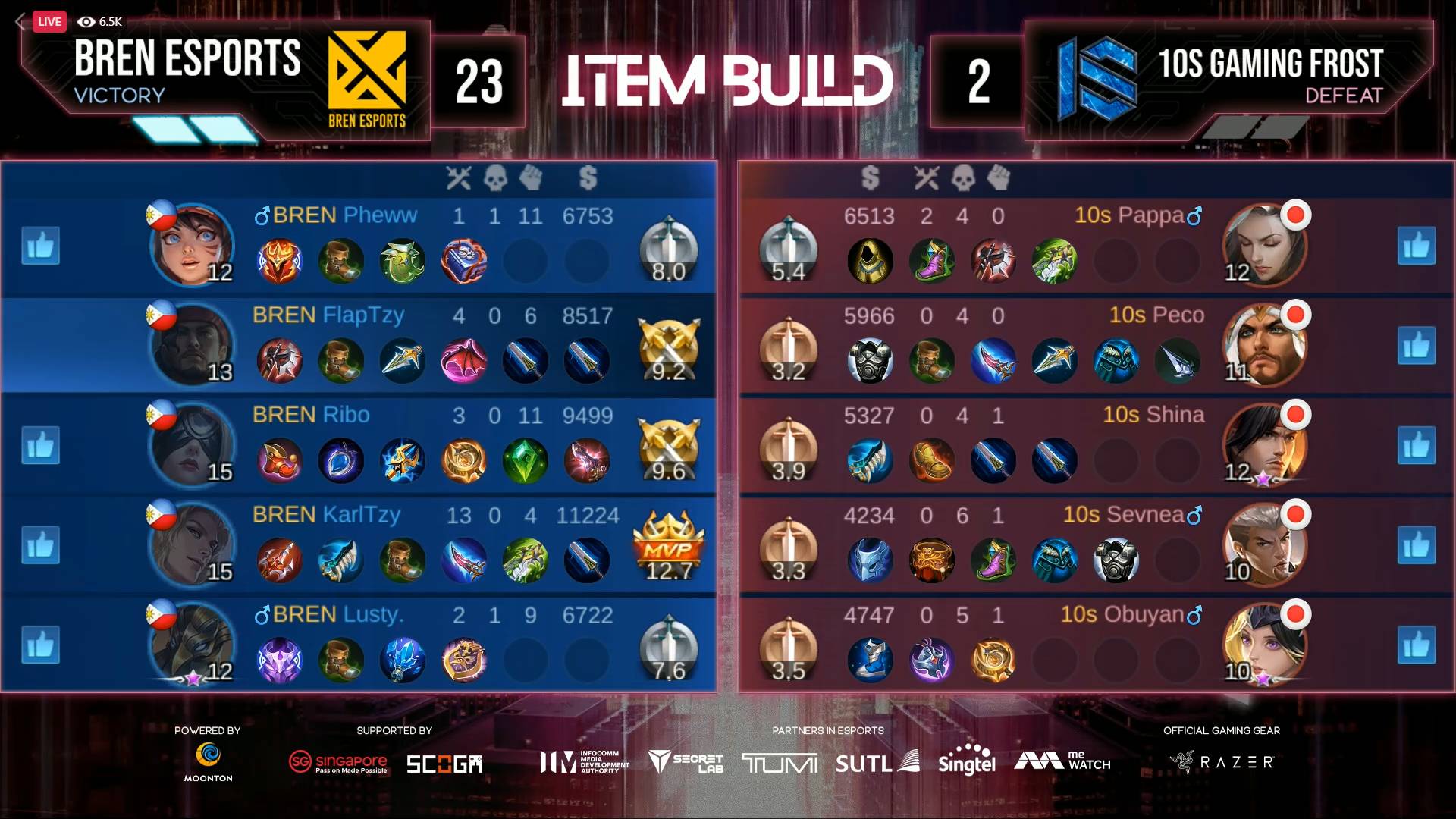 BREN Esports limited 10S Gaming Frost to just two kills in the match that lasted for 11 minutes and 59 seconds.

BREN Esports stamped its class on 10S Gaming Frost as early as the opening match, with KarlTzy (Harley) going berserk in his M2 debut. 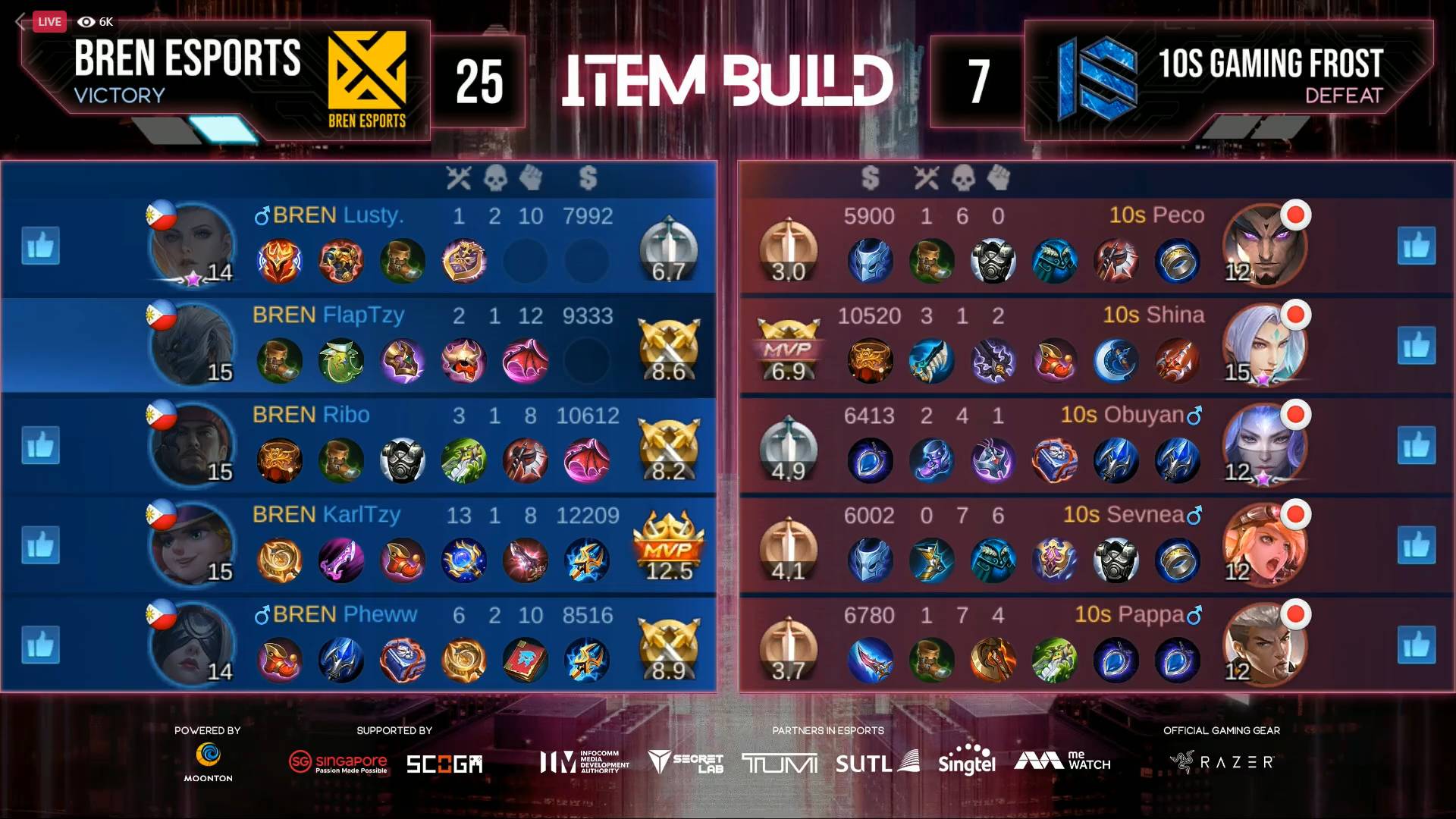 Meanwhile, Pheww, who was named MVP in Game One, finished with six kills, two deaths, and 10 assists using Pharsa.

FlapTzy (Baxia) and Ribo (Lapu Lapu) flexed their muscles in their respective lanes, finishing with a combined total of five kills, two deaths, and 20 assists to help BREN take the opener.

On the other hand, Shina was the lone bright spot for 10S Gaming Frost with three kills, a death, and two assists with Ling.

The reigning kings of MPL-Philippines cruised past the Japanese squad in two lopsided games to tie Alter Ego at the top of Group C at 1-0.

Bren Esports will go up against Alter Ego at 6:00 p.m. today.