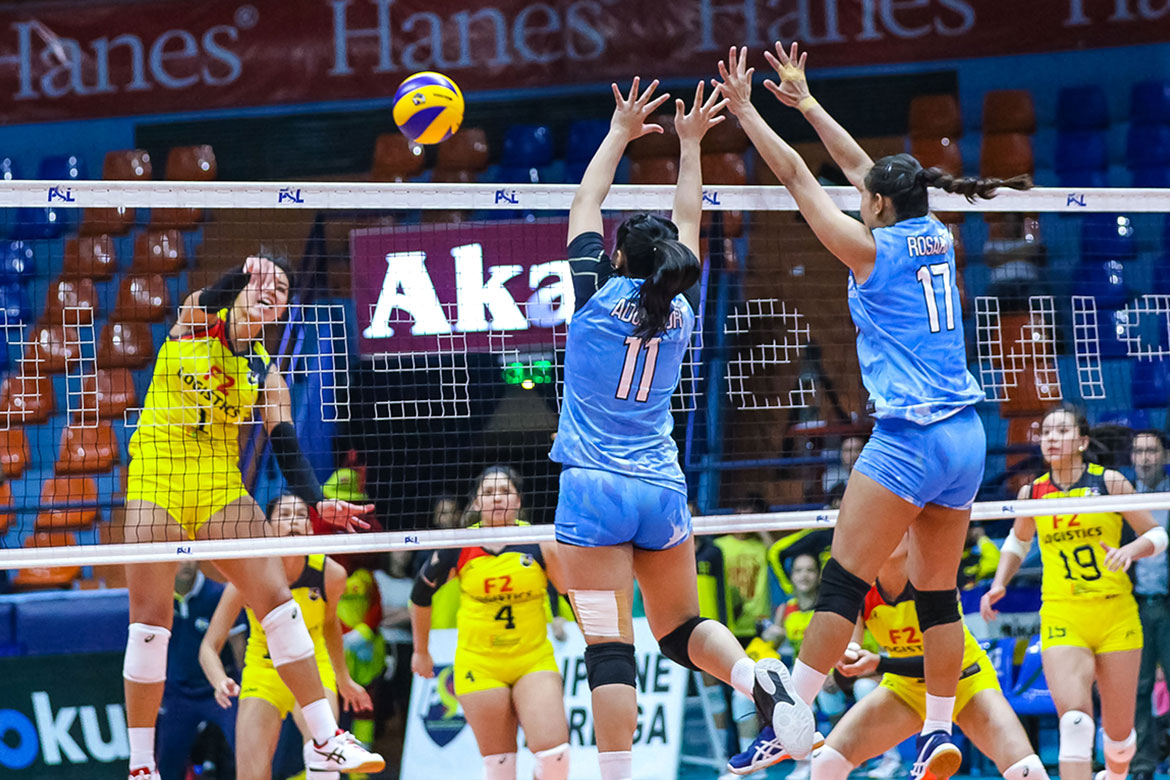 In a battle between two of the hottest teams in the league, F2 Logistics stopped Foton dead in their tracks on Thursday evening.

With the win, F2 Logistics zoomed to a 9-0 card. Moreover, the Cargo Movers quelled Foton’s six-game winning surge, but the latter still remain in third with a 7-4 standing.

The Cargo Movers secured the first and second sets in a convincing manner. But the Tornadoes then rallied behind Jaja Santiago and Dindin Manabat-Santiago and played with renewed vigor.

Knotted at 21 in a back-and-forth third frame, Ara Galang roofed Shaya Adorador before unfurling an ace to put F2 Logistics a deuce away from the win. In the ensuing play, Adorador sliced the lead down to a solitary point, but Kalei Mau unloaded an off-the-block hit to propel her team to match point.

Jaja Santiago tried to keep Foton alive with a rejection of Majoy Baron. Unfortunately, her mishit in the succeeding sequence dashed all hopes of a comeback.

After a tightly-fought affair late in the game, De Jesus said that the match against the Santiago siblings and Foton was good preparation for potential wire-to-wire tussles in the latter stages of the competition.

Michelle Cobb tossed 17 excellent sets to churn out the offense for F2 Logistics, while Dawn Macandili protected the floor with 20 excellent digs and six excellent receptions.

Santiago, who finished with eight markers in their previous encounter, topped Foton with 11 points off nine attacks and two blocks. Her sister, Santiago-Manabat, was limited to just seven points.

F2 Logistics look to keep their slate unscathed when they face the Generika-Ayala Lifesavers on Saturday. On the other hand, Foton take on the Cignal HD Spikers on Thursday next week. Both games will be played at the FilOil Flying V Centre.