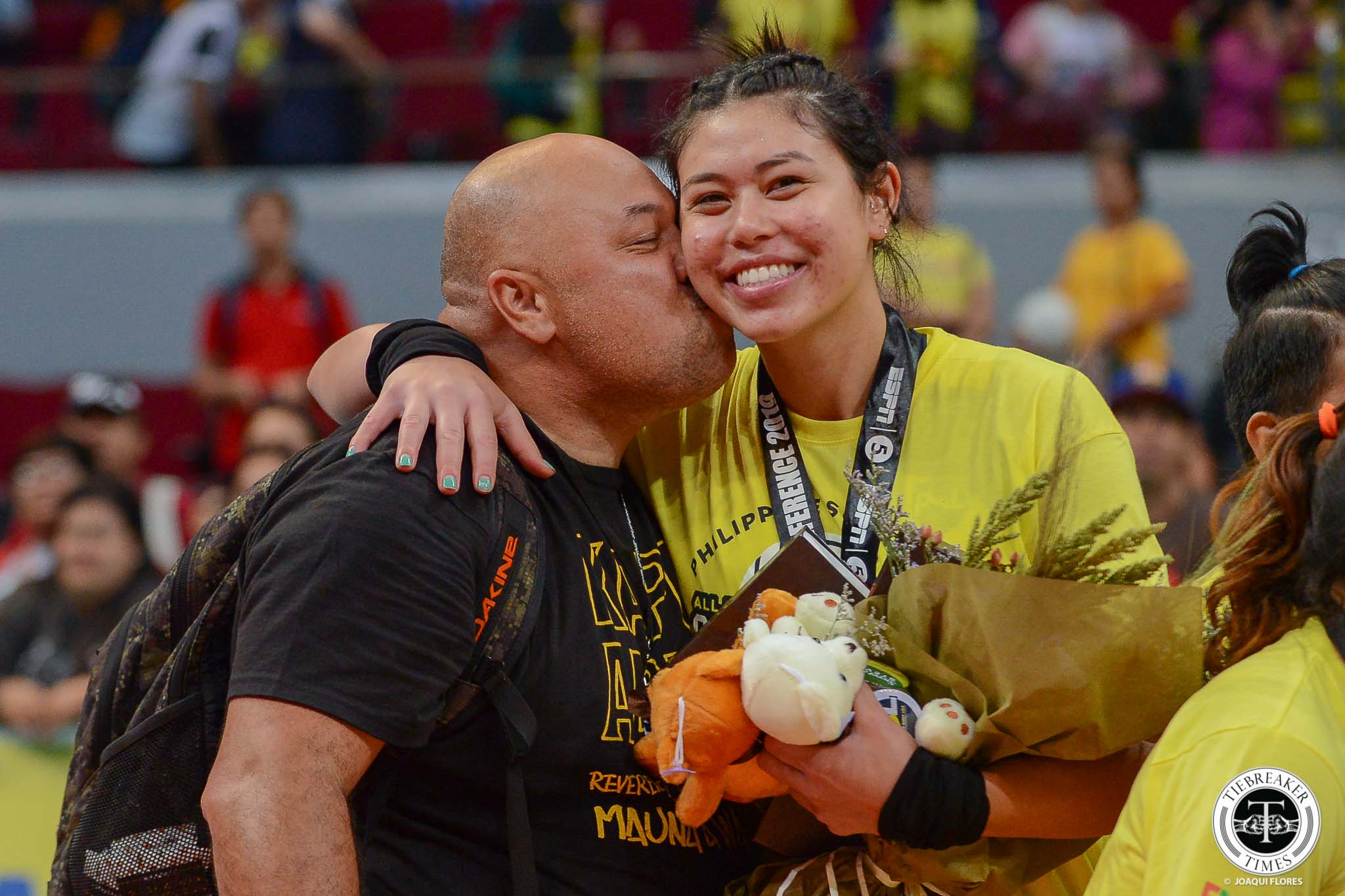 The 6-foot-2 Fil-Hawaiian carried the scoring cudgels with aplomb for a championship-caliber team. She led the Cargo Movers to the promised land in her first stint with the squad.

During Game One of the Finals last Saturday, Mau erupted for 27 points, hammering down 25 attacks to propel the F2 Logistics closer to the title.

Three days later, she lifted her Cargo Movers to the elusive championship, pouring in a game-high 19 markers in Game Two that doused Cignal’s fire.

Mau – who also bagged the Best Scorer award – became the fourth Cargo Mover to win the MVP plum. She joins the likes of Ara Galang, MJ Perez, and Dawn Macandili.

Cignal’s do-it-all playmaker Alohi Robins-Hardy won the Best Setter plum, while her teammate Jheck Dionela earned the Best Libero award. The Best Opposite Spiker went to Foton’s Dindin Santiago-Manabat to round up the PSL individual awardees.

Even in Gilas, Robert Bolick and CJ Perez remain inseparable