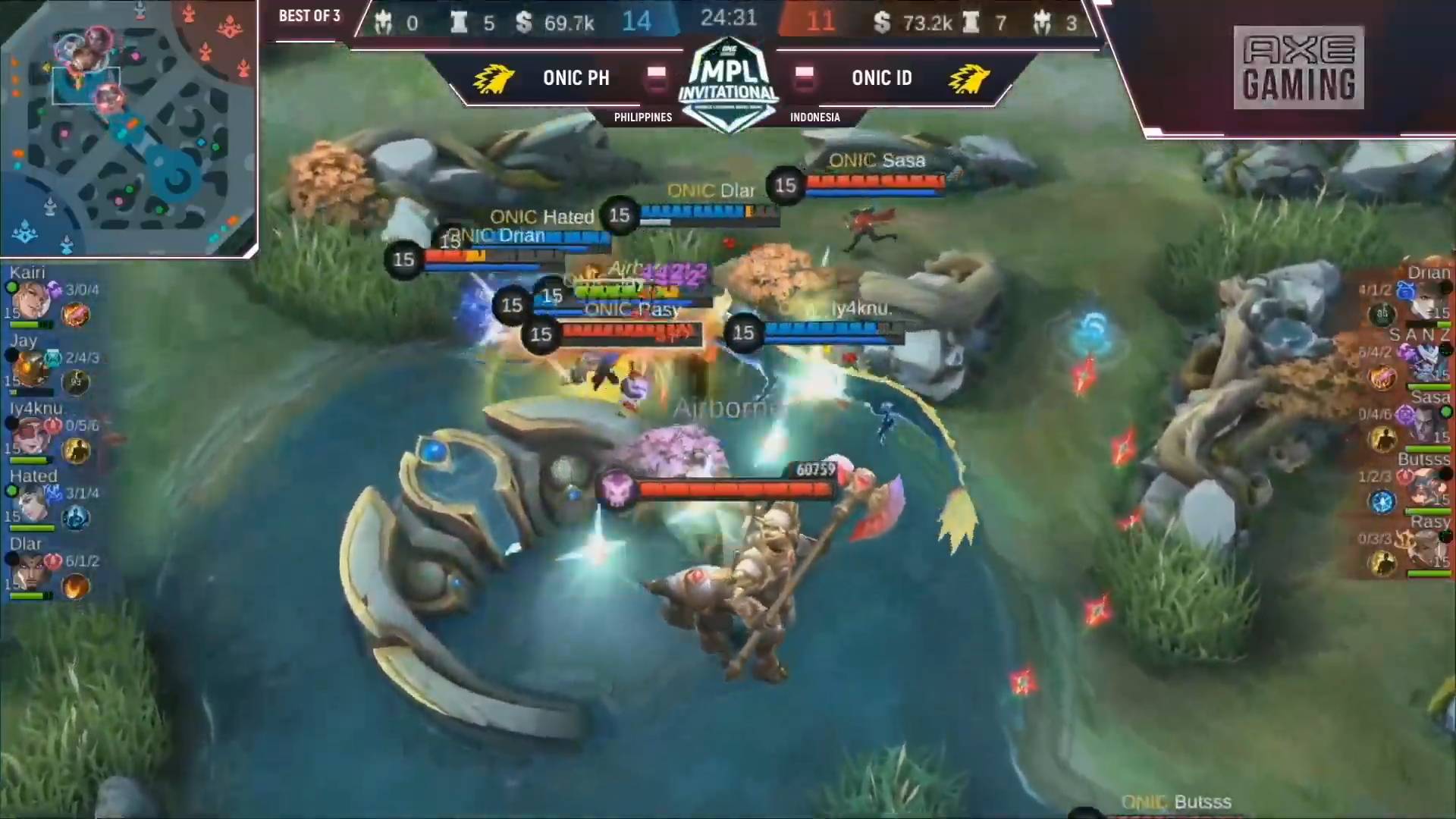 ONIC PH survived a Game Three thriller against ONIC Esports, 2-1, to open its new era with a victory and advance to the next phase of the ONE Esports Mobile Legends: Bang Bang Professional League Invitational, Friday.

And newcomers Kairi and Hated had their fingerprints all over the heart-stopping winner-take-all victory.

Taking full control off the map entering the 25-minute mark of the match, ONIC Esports tried to fake a lord take to lure the Filipinos near the lord pit.

A full-blown clash ensued with Hated’s Kadita picking off Drian’s Gusion first. Iy4knu (Ruby) then secured a crucial kill on Sanz (Hayabusa) to cut off ONIC Esports’ main source of damage, following it up with a kill on Rasy (Chou). Hated completed the four-man wipe by erasing Butsss in the equation.

Kairi (Lancelot) went on to secure the lord to amp up ONIC PH’s chances in the late game. He then spearheaded the siege in the middle lane, taking two of the Filipinos’ last four kills to seal the victory.

The 14-year-old child prodigy nabbed MVP honors in Game Three with a clean 5-0-7 KDA along with a total net worth of 19,591. Dlar (Yu Zhong) put up seven kills, two deaths, and eight assists while Hated added five kills, a death, and nine assists in his new role.

It was a reverse sweep for the Philippine side, who dropped the opener after an unfamiliar strategy using Harith as support. Game Two ignited the new-look ONIC PH squad with Kairi’s Ling and Iy4knu’s Alice leading the charge.

ONIC PH will take on the winner of the Aura PH-Aura Fire match in Bracket C.