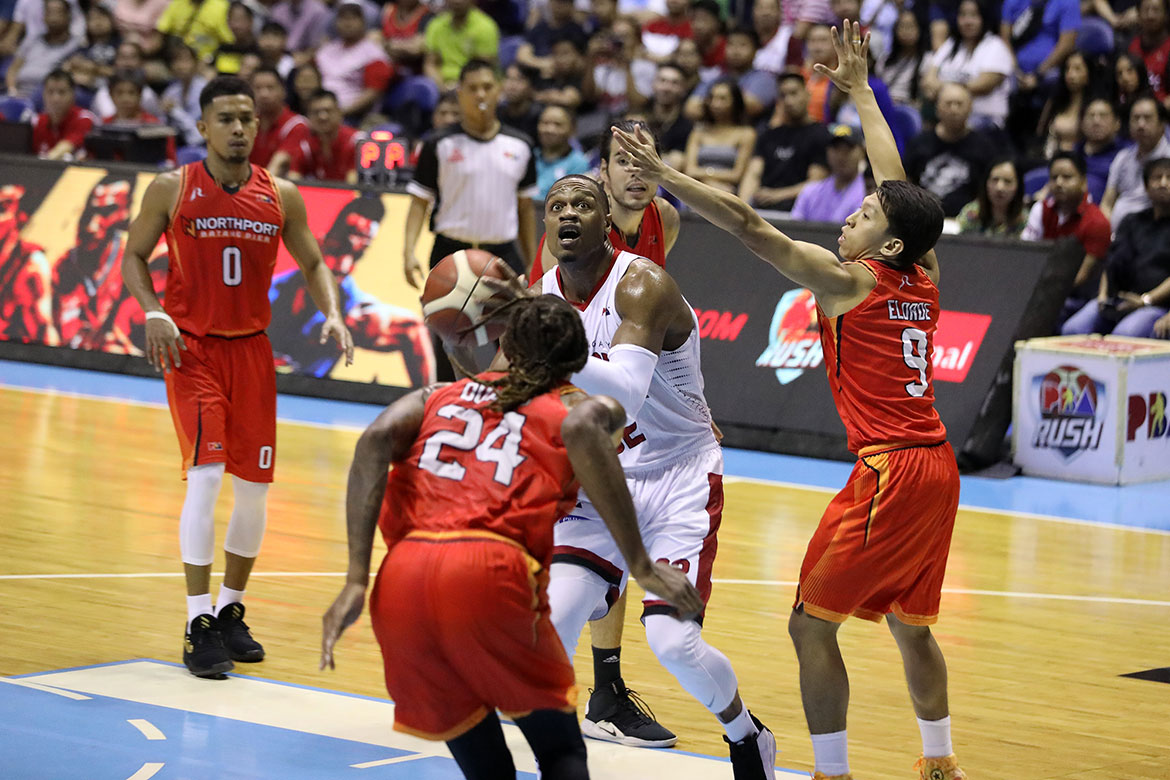 Barangay Ginebra San Miguel moved just one win away from the 2019 PBA Governors’ Cup Finals after drubbing the NorthPort Batang Pier, 132-105, in Game Three of the semis Wednesday night at the SMART Araneta Coliseum.

Justin Brownlee had his best game of the series, leading Ginebra with 41 points, 11 rebounds, and seven assists.

Japeth Aguilar also had himself a double-double with 18 points and 10 rebounds. Meanwhile, Jeff Chan continued his solid play as he produced 17 points on 70-percent shooting from the field.

The Gin Kings already had the match under control in the second period after unloading a 19-8 run to turn a slim five-point lead to a wide 64-48 advantage at the halftime break.

The crowd darlings would then lead by as many as 32 points, 125-93, following a three by Teytey Teodoro with 3:18 left in the game. They eventually cruised to the win that gave them a 2-1 series lead.

Michael Qualls led the Batang Pier with 32 points and 10 rebounds in their second straight loss.

Christian Standhardinger contributed 20 points and nine rebounds, while Paolo Taha had 15 points. Sean Anthony added 14 for NorthPort, who played without Sol Mercado due to an ankle injury.

Ginebra will look to formalize its entry to the title bout in Game Four on Friday, December 20, still at the Big Dome.