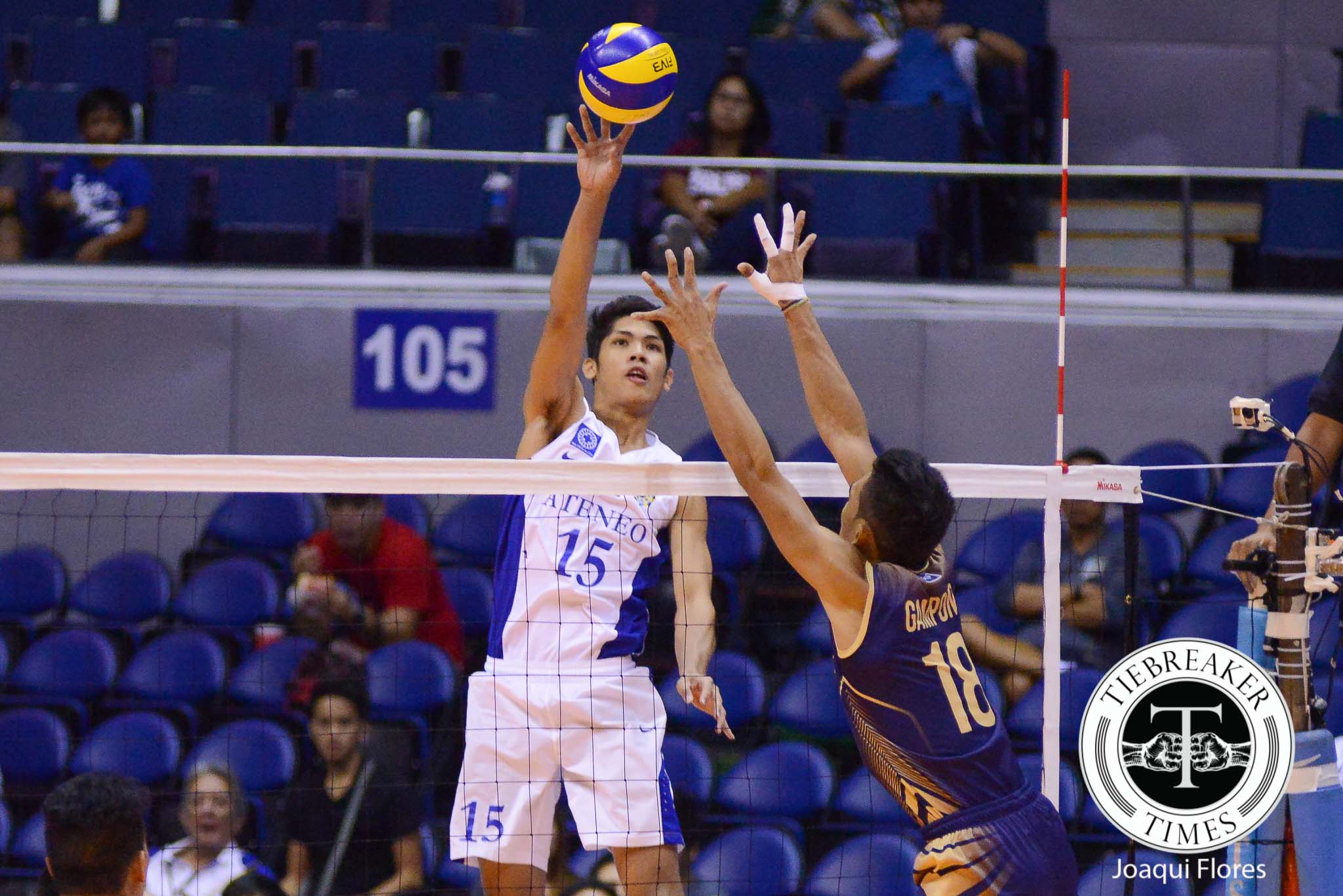 What was built to be an intensely close match turned into a romping as the Ateneo Blue Eagles quickly dispatched the young National University Bulldogs in a rematch of last season’s Finals in the UAAP Men’s Volleyball Tournament at the Smart Araneta Coliseum.

Ateneo needed no time getting into their groove, spotting NU a 16-8 lead off dynamic attacking. The Bulldogs rallied, managing two points for every sideout they earned. With their lead down to five, 19-14, the Blue Eagles squared up and disrupted NU through solid defense. The Bulldogs wound up shooting themselves on the foot with their attack errors that easily gave the set to Ateneo.

The second set immediately fell into Ateneo’s favor as NU’s erring ways persisted. The Bulldogs wound up giving up 12 errors in the set alone, allowing Ateneo to again handily take a set. The Bulldogs seemed to recover in the third set, attacking more efficiently early to keep pace with Ateneo. NU, however, again fell apart letting Ateneo go on a 12-4 game-clinching run for a quick sweep.

“NU’a still a very strong team. Siguro we were just more mentally prepared than them today. Sabi ko nga at the start of the week that was going to be key for us – to remain mentally strong,” said Ateneo head coach Oliver Almadro referring to the Blue Eagles’ three-match week that started last Sunday.

Due to the points system, Ateneo finished the first round in first place with a 6-1 record behind the Adamson Falcons (6-1) who handed Ateneo their only loss.

Rookie James Natividad led the Bulldogs with eight markers while sophomores Bryan Bagunas and Madz Gampong each had seven.

Groundbreaking victory should only push Falcons to soar higher