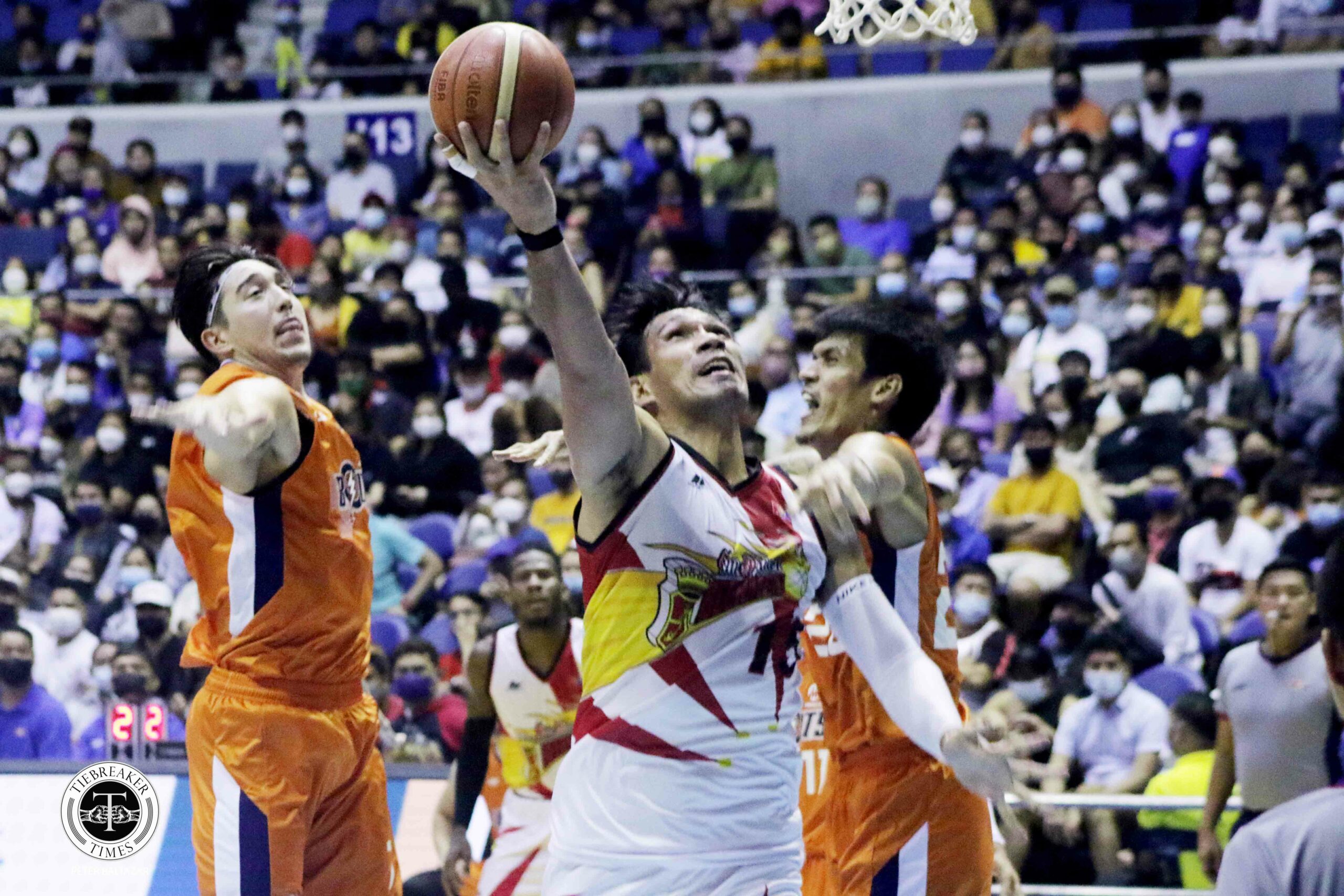 June Mar Fajardo is hardly bothered by the physicality thrown at him in San Miguel’s ongoing battle with Meralco in the PBA Philippine Cup semis.

The defense has always doubled down — or tripled down, so to speak — on the 6-foot-10 slotman whenever he receives the ball, and the Bolts have been hiking their efforts in doing so this series in a bid to slow him down.

Game Two last Friday, for instance, saw the MVP ball club throw a variety of defenders on the way of Fajardo that led to the fouling-out of two players, but they went on to enjoy a reward so sweet: a 99-88 win.

They did manage their foul woes well, but Fajardo and Co. came out victorious through a 96-91 decision to retake the lead in the race-to-four affair.

The Cebuano star finished with 21 points, majority of which he earned from the stripe as he made 11 of his 16 freebies. He also collected 16 rebounds and two blocks as he played an integral role in repelling their foes down the stretch,

He’s actually gotten his numbers in the last two games of the tiff despite the rugged play on him. Fajardo notched 22 points and 17 rebounds in Game Two, wherein he tried to strap the Beermen on his back but fell short.

That was after he scored just 11 points in the semis opener last Wednesday, although he was hardly needed in that match as Rodney Brondial came through with a breakout performance to help spark the 121-97 blowout.

Fajardo is now averaging 18.0 points and 13.0 rebounds in the series, indeed an indication of how unfazed he is even if the opposition has been throwing everything but the kitchen sink to limit his production.