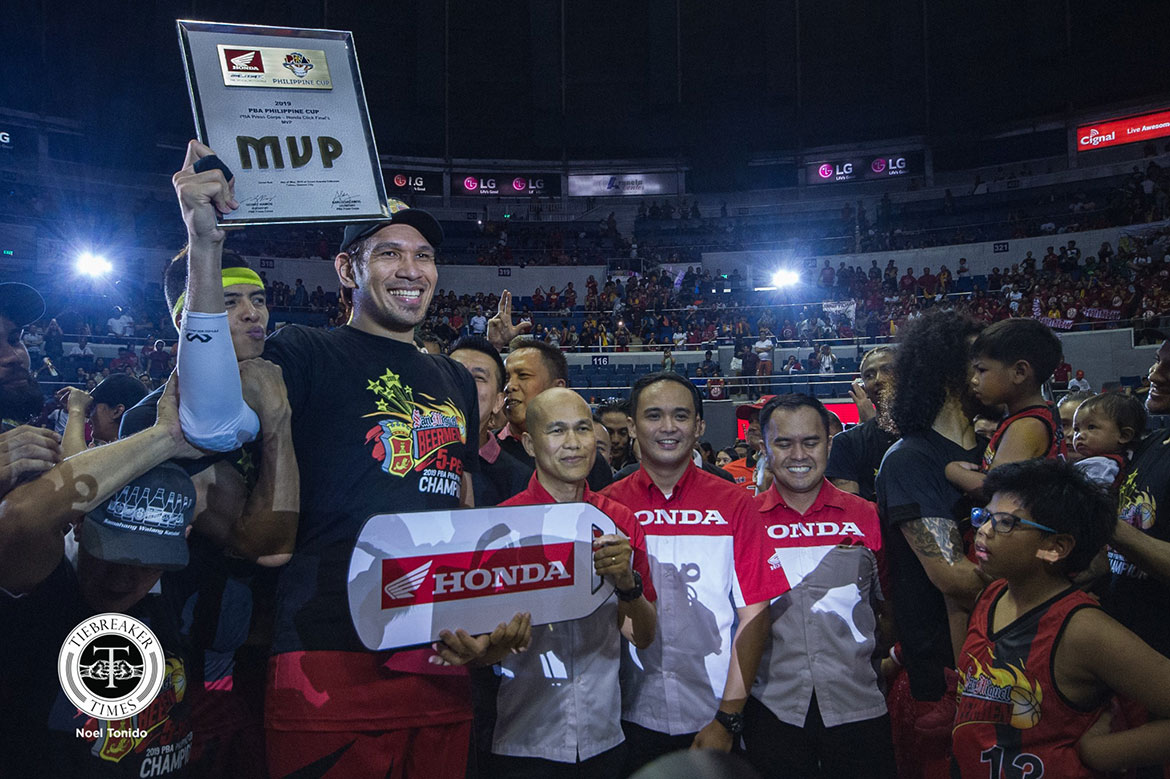 Cebu’s gentle giant continues to be hungry for gold. And he showed just how much during Game Seven of the 2019 PBA Philippine Cup Finals.

June Mar Fajardo made history after tallying the most rebounds by a local in a single game. He had 31 to power the San Miguel Beermen to their fifth straight Philippine Cup after a thrilling 72-71 win over the Magnolia Hotshots.

For this, the seven-year pro was adjudged as the Finals MVP, his third for his career.

Fajardo averaged 22.9 points, 19.1 rebounds, and 1.9 blocks in their epic seven-game series against Magnolia.

Besides being a seven-time champion and a three-time Finals MVP, Fajardo also has five MVP trophies, eight Best Player of the Conference plums, five All-PBA Team selections, and a Defensive Player of the Year award in his cabinet.