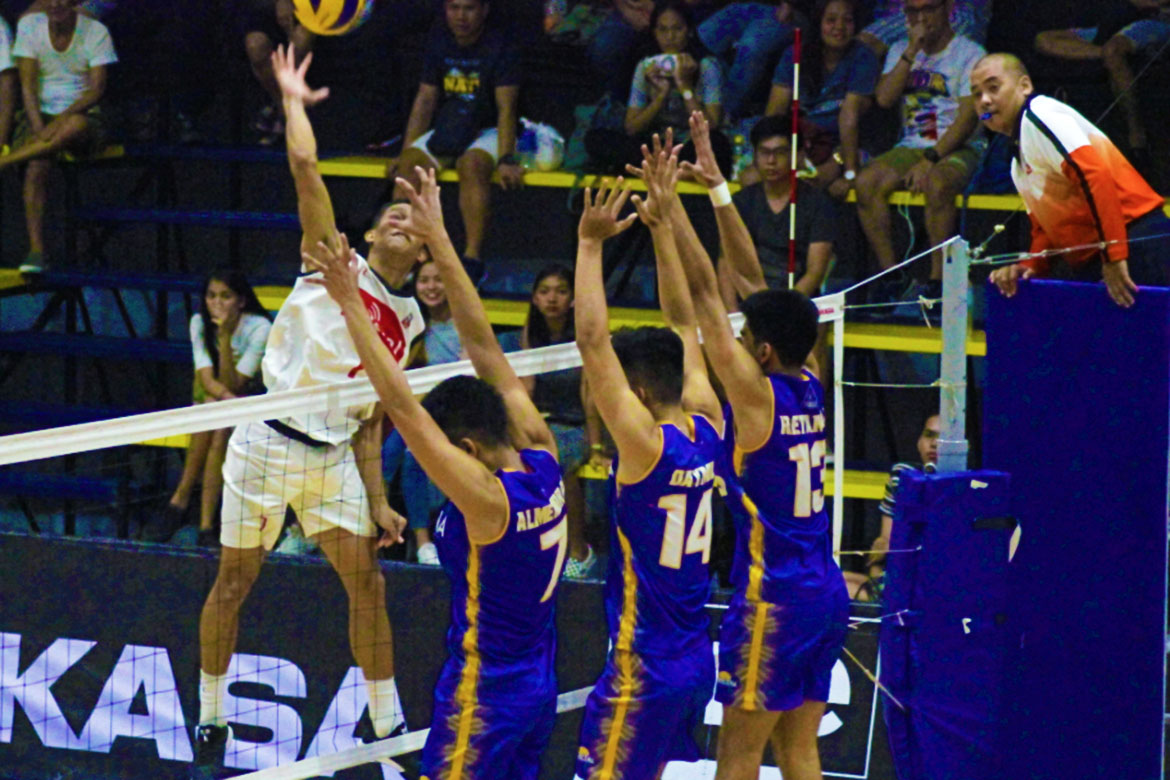 Cignal’s revenge could not have gotten any sweeter.

The top-seeded HD Spikers swept the Sta. Elena Ball Hammers, 31-29, 25-23, 25-18, to take Game One of the 2019 Spikers’ Turf Reinforced Conference best-of-three semifinals, Thursday at the Paco Arena in Manila.

The last time that the HD Spikers squeezed out a win from Sta. Elena was back in Game One of their semifinals match in the Open Conference, last December 3.

Coming into the second technical timeout of the third and final set, Cignal already built a commanding seven-point cushion, 16-9. The HD Spikers then pounced on a fatigued Sta. Elena squad and led by as much as nine points. Garcia and Marasigan delivered the final blows for Cignal.

National team mainstays Marck Espejo and Rex Intal provided the spark off the bench for the HD Spikers with Espejo firing 10 markers to go along with 12 excellent receptions while Intal collected six blocks in limited minutes.

Peter Torres, meanwhile, did not see action for Cignal.

Cignal fought tooth-and-nail as the young Ball Hammers did not go down easily, managing to keep every set within a close margin.

Cignal will be looking to lock up their seat in the Finals while Sta. Elena will try to extend the series on Sunday, July 14 at 2:00 pm.