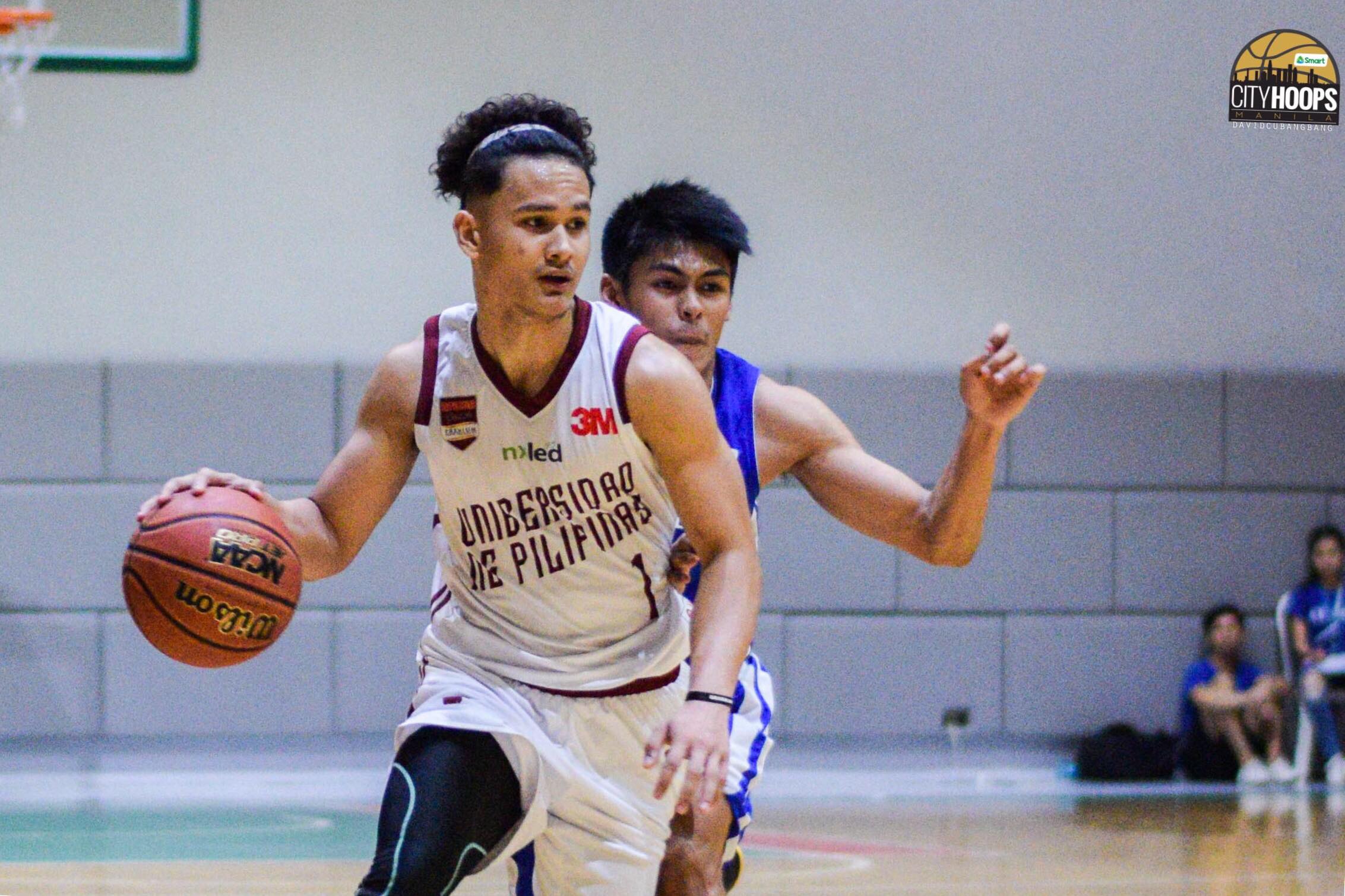 Juan Gomez de Liano heated up just in time for the University of the Philippine Fighting Maroons, leading the league-leaders to a 71-66 win over defending UAAP Champions Ateneo de Manila University Blue Eagles, Saturday evening at the indoor courts of Greenhills West.

With the win, UP remain unscathed in four games in the 2018 SMART City Hoops Under-25 Summer Classic. But beyond the win, it proved that the Fighting Maroons can keep up with the reigning UAAP kings.

“I told the guys, we need to figure out how to beat the best team,” said UP head coach Bo Perasol. “That is not to say na it’s their best showing. But at least we could tell ourselves that we have a chance against the champions.”

Ateneo were up by as much as 12 points, 36-24, with 2:35 left in the first half. Behind Bright Akhuetie and Juan Gomez de Liano, the Fighting Maroons were able to surge in the final frame, tying the contest at 63-all after a triple by the younger De Liano with 1:30 remaining in the game.

A turnover by the Blue Eagles seconds later paved the way for a booming triple by the UAAP Season 80 Men’s Basketball Rookie of the Year for the go-ahead bucket. The collapse continued for the Blue Eagles in the next possession, as a turnover by Gian Mamuyac led to a corner triple by Jan Jaboneta to seal the game for the Fighting Maroons.

“Nasa kanya na yun. He tells me if he wants to rest,” Perasol remarked about his sophomore, who also plays for the Gilas Cadets. “Si Paul [Desiderio] ganun din, nagkasakit pa dahil sa pagod. We have to figure out what we need tomorrow.”

The Blue Eagles, who fell to 1-2, were led by rookie SJ Belangel with 16 markers.

In the first game, the Colegio de San Juan de Letran Knights were able to even their slate at 2-2, scraping past the College of Saint Benilde Blazers, 62-59.

Letran were on the verge of breaking the game wide-open entering the final frame, leading by as much as 12 points, 48-36. But the Blazers — just like in their first two games of the tournament — did not give up easily.

Behind the towering Jay Pangalanganan and Eric Pili, the Blazers were able to slice the lead to just three, 57-60, with 1:18 remaining. Though able to get some stops, Benilde could not convert on the other end. Pili was able to score with 3.1 ticks left to cut the lead to just a solitary point. On the other end, Jeo Ambohot missed both of his free throws, but Bonbon Batiller was there to clean it up as time expired.

On Saturday, the Lyceum Pirates take on the Far Eastern University Tamaraws at 3:00pm, while the Blue Eagles try to bounce back, facing the Blazers.

READ  Burned out Tab Baldwin being closely monitored in ICU