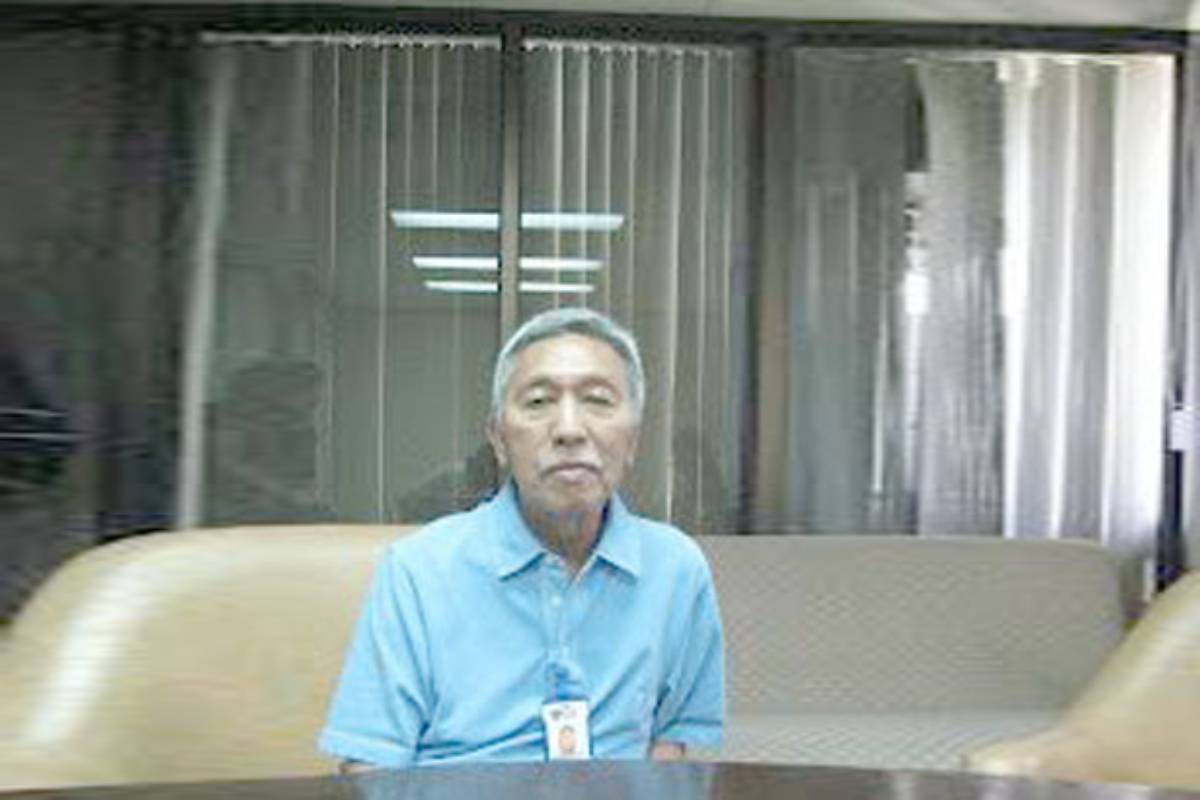 Journal Group of Publications Publisher and Editor-in-chief Augusto “Gus” Villanueva, considered the doyen of local sportswriters and a pillar in Philippine journalism, passed away at home early yesterday morning.

“We at the Journal group and I personally feel devastated by the loss of this great good man. We will miss Tata Gus dearly,” said Journal Group managing editor Tess Lardizabal in a statement.

On behalf of the Philippine Sportswriter Association, PSA President and Tempo Sports Editor Rey Lachica issued the following statement: “Sir Gus was a revered and well-liked member of the sportswriting fraternity. He was a mentor to a generation of sportswriters and journalists. He was humble, approachable, and an inspiration to us all.

“The PSA mourns the passing of our much-admired and respected colleague.”

There was an outpouring of tributes and praise from friends and acquaintances in the sports community whose lives were touched by the late great journalist after being informed of the death of Villanueva, a former PSA President who received the PSA Lifetime Achievement Award in 2018.

“He (Villanueva) was an amiable man and friendly. He was full of ideas, especially in sports. He was one of our sources of inspiration and guidance when we became commissioner of the PSC in 2000,” recalled PSC Chairman William “Butch” Ramirez.

“I have received a lot of pieces of advice from Gus. We will miss him. Goodbye my friend and see you in heaven.“

“Gus was a great help to me when I became the Project: Gintong Alay Executive Director. He was very generous with his wisdom and insights into local sports. He was not only a superb editor but also wrote sports very well from the heart,” Romasanta remembered.

“He was in a class of his own and we really learned a lot from him.”

POC Chairman Steve Hontiveros, one of Villanueva’s closest friends in sports, credits the late editor for promoting and popularizing tenpin bowling during its heydays in the 70s and 80s during his term as Philippine Bowling Congress President.

“We and Gus really go a long way and his writing was responsible for making bowing a popular sport through his well-written articles and features on our bowling heroes like Bong Coo and Paeng Nepomuceno,” Hontiveros said.

“We became very good friends, and in fact, I served as the godfather at the weddings of his son Mandy and daughter Baby,” Hontiveros added.

“His passing is a great loss to Philippine sports.”

Bowling greats and Philippine Sports Hall of Fame Nepomuceno and Coo were also effusive in their praise for Villanueva.

“Gus has done so much for sports and most especially the sport of bowling. He has covered most of bowling’s prestigious tournaments and we have a lot of fond memories together in our travels overseas,” Nepomuceno, a four-time World Cup champion, remembered.

“I am saddened by the passing of my good friend, Gus Villanueva. Rest in peace, you are in a better place now.”

“Gus was actually the sportswriter who believed in my talent and built me as an outstanding athlete in the media. He was my mentor and best friend,” said Coo, multi-titled bowler and World Cup winner like Nepomuceno, said with a tinge of emotion.

“I will be thankful for Villanueva forever for making me what I am now. He was instrumental to my success as an athlete and will always have a place in my heart,” said Eugene Torre, Asia’s and the country’s first Grandmaster, also cited Villanueva as a consummate sportswriter and professional.

“He and the late FIDE President Florencio ‘Campo’ Campomanes were quite close. Gus was low-key yet very efficient so this was why he was the media chief of the 1992 Manila World Chess Olympiad,” said Torre of the event that is considered as one of the best-organized FIDE tournaments.

“If we were to compare him with chess players, Gus was a Super GM (Grandmaster) in sportswriting. He was that good.”

“This is terrible news to hear,” said former POC treasurer and rowing Chief Benjie Ramos upon learning of Villanueva’s demise.

“We had good relations with him when he was the POC media relations officer during the term of late POC Presidents Gen. (ret.) Rene Cruz and Cito Dayrit.”

While a student of what was then known as the UST College Philosophy and Letters, Villanueva began his sportswriting career at the age of 17 with the Manila Times under sportswriter Ricky Llanos in 1955.

Among his international coverages was the 1964 Tokyo Olympic Games when boxer Anthony Villanueva won the country’s first Olympic silver medal. When martial law was declared in 1972, Villanueva was one of the founding editors of the broadsheet Times Journal that same year and whose first office was at the Lopez-owned Benpres building in Pasig City before transferring its office in Port Area, Manila. He is largely credited for the popular and pioneering English tabloid People’s Journal and sister publication People’s tonight in 1978 and 1979, respectively, which both became hits with Filipino readers with their focus on crime and sensational news.

When the Journal Group was sequestered by the administration of the late President Corazon Aquino in 1986, Villanueva and some other Journal former employees organized the short-lived News Today as a rival tabloid. As PSA President in the early eighties, he initiated the forming of the weekly PSA forum, which began its first sessions at the Manila Hotel.

He was the media relations officer of the POC under the terms of Cruz and Dayrit, serving as the media attaché of the PH delegation in the 1996 Atlanta, 2000 Sydney, and 2004 Athens Summer Games. Villanueva served in the same capacity for the Philippine squads that competed in the 1999 Brunei, 2001 Malaysia, and 2003 Vietnam Southeast Asian Games as well as the 2002 Busan Asian Games in South Korea. He was back at the helm of the Journal Group in 2004 and served as its publisher and editor-in-chief at the time of his death.

Villanueva, who was married to the late Arlyne Magsaysay Romero, is survived by his children, Dr. Armando “Mandy” Villanueva, Antonette “Baby” Villanueva-Rodriguez, their respective spouses, and two grandchildren. Interment will be announced later.