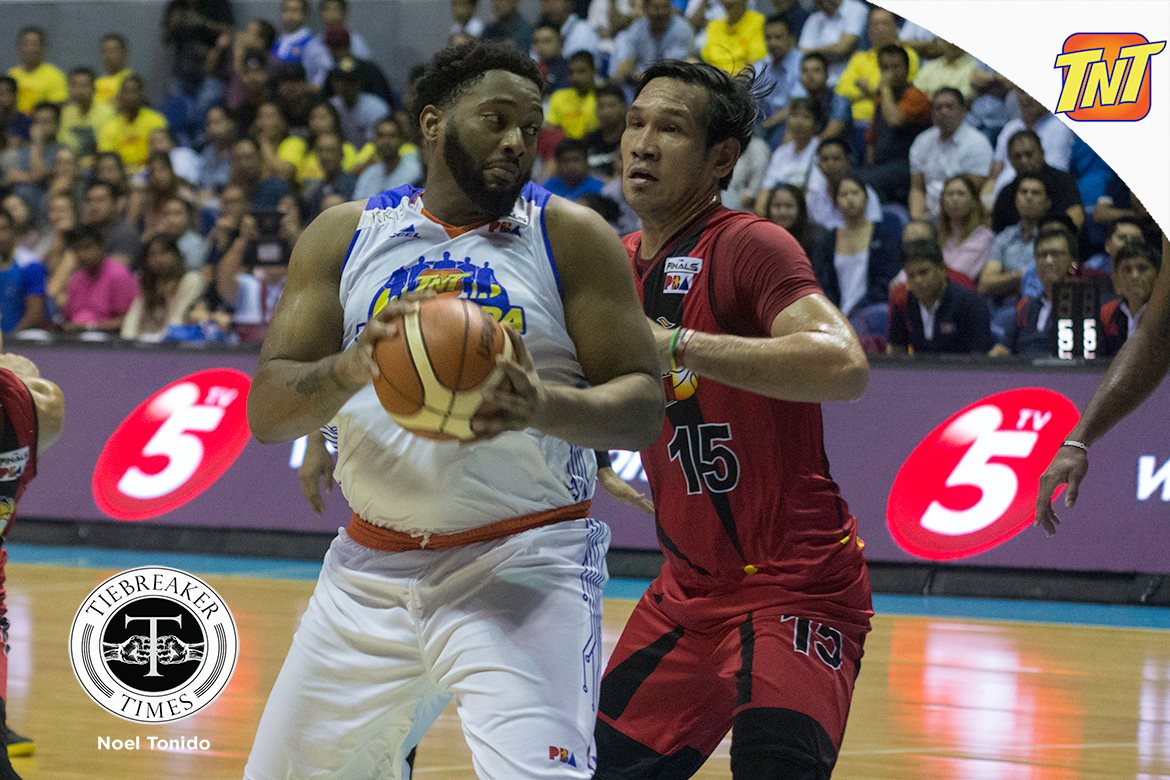 Down 1-2 in the Finals series, losing by an average margin of 13.5 points per game, the TNT Katropa needed something to fire them up, anything that could inspire them.

Wednesday night, the Katropa had tape wrapped around the sleeves of each of their jerseys with “KRISTY” written on it. Kristy, Joshua Smith’s girlfriend, was about to give birth at any moment, but Smith was 6,000 miles away from McAllen, Texas.

“They know what I’m sacrificing outside of my foot, but the birth of my daughter,” the 25-year-old shared.

And the Katropa rewarded Smith’s sacrifice, as TNT executed a well-balanced attack that saw six players score in double-figures en route to a 102-97 win to tie the Finals series at 2-all.

For first-year head coach Nash Racela, they needed to find a way to give back to Smith, who is averaging 17.5 points on 46 percent shooting and 11.0 rebounds in the series.

“It’s a rallying point because unang-una, Josh has been playing hurt. I know he’s got some improvements already, but the second thing is that she’s giving birth,” Racela, who is a father, said. “If you are hurt, you could use that as an excuse to go home so that you’ll be there beside your girlfriend giving birth, pero he chose to stay here and play in the finals and work for the championship.

“We just want to honor Joshua and his girlfriend.”

Outside of the game, the 6-foot-10, 330-pound reinforcement is just excited to meet his daughter once his work in the Philippines is done.

“It probably won’t hit me until she’s actually out. She’s due tomorrow. I really have a lot to say. I’m happy, anxious, nervous. I want to see what this baby looks like,” the soon-to-be-father expressed.

And for sure Kristy and their baby will wait for Joshua at the airport, thanking him for the sacrifices he had to make for his team and for them.

BPC Chris Ross takes blame in Game 4 loss: ‘It starts with me’