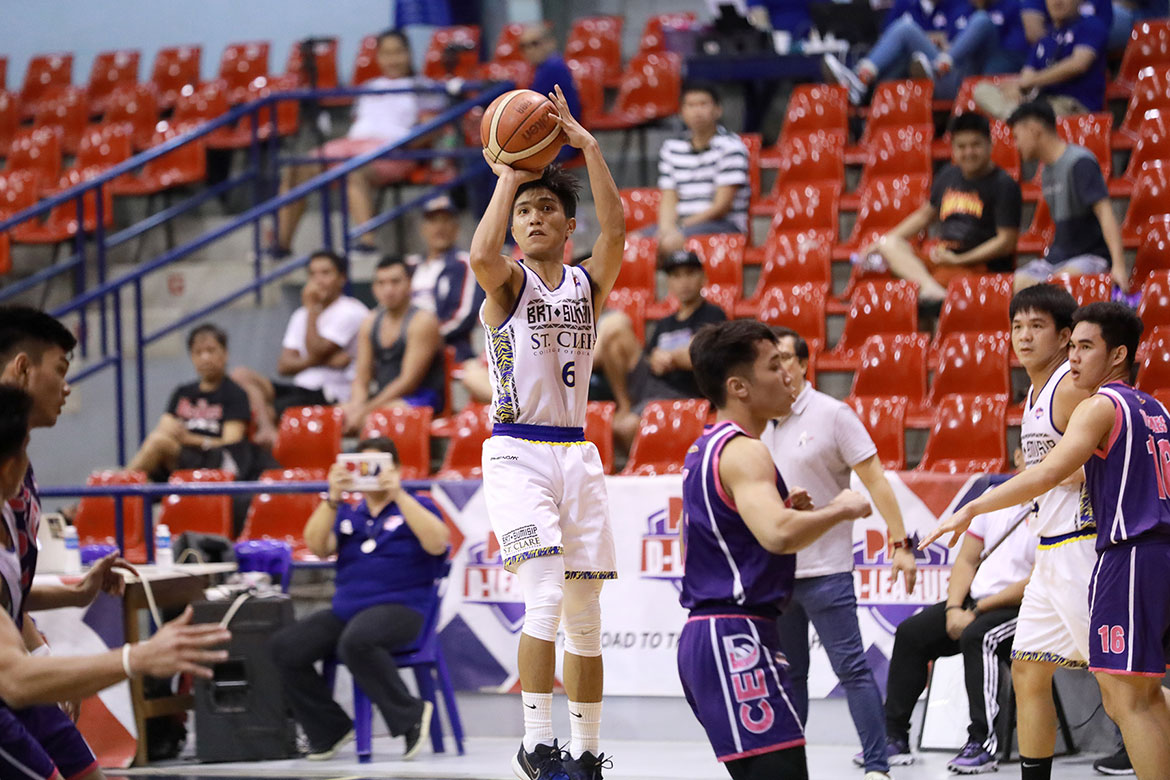 Joshua Fontanilla led the Saints with 15 points, four rebounds, four assists, three steals, and two blocks in the win that brought them to their first-ever Finals trip.

Chris Dumapig chimed in 11 markers and six boards as all 11 players fielded in scored at least two points in the conquest.

This will also be Tiu’s third Finals appearance, with his first two with Che’Lu Bar and Grill last season.

BRT Sumisip-St. Clare would never lose hold of the driver’s seat since, leading by as many as 17 points, 73-56, after a Fontanilla bucket with 1:18 left to play.

The Saints now have their sights on Marinerong Pilipino, which they will face in the best-of-three title bout that starts next Thursday, October 3.

Jerome Santos had 16 points and five rebounds to lead CEU, who actually had a good start into the match with a 14-4 run.

Tim Cone on non-inclusion of collegiate stars: ‘We didn’t want to disrupt the season’