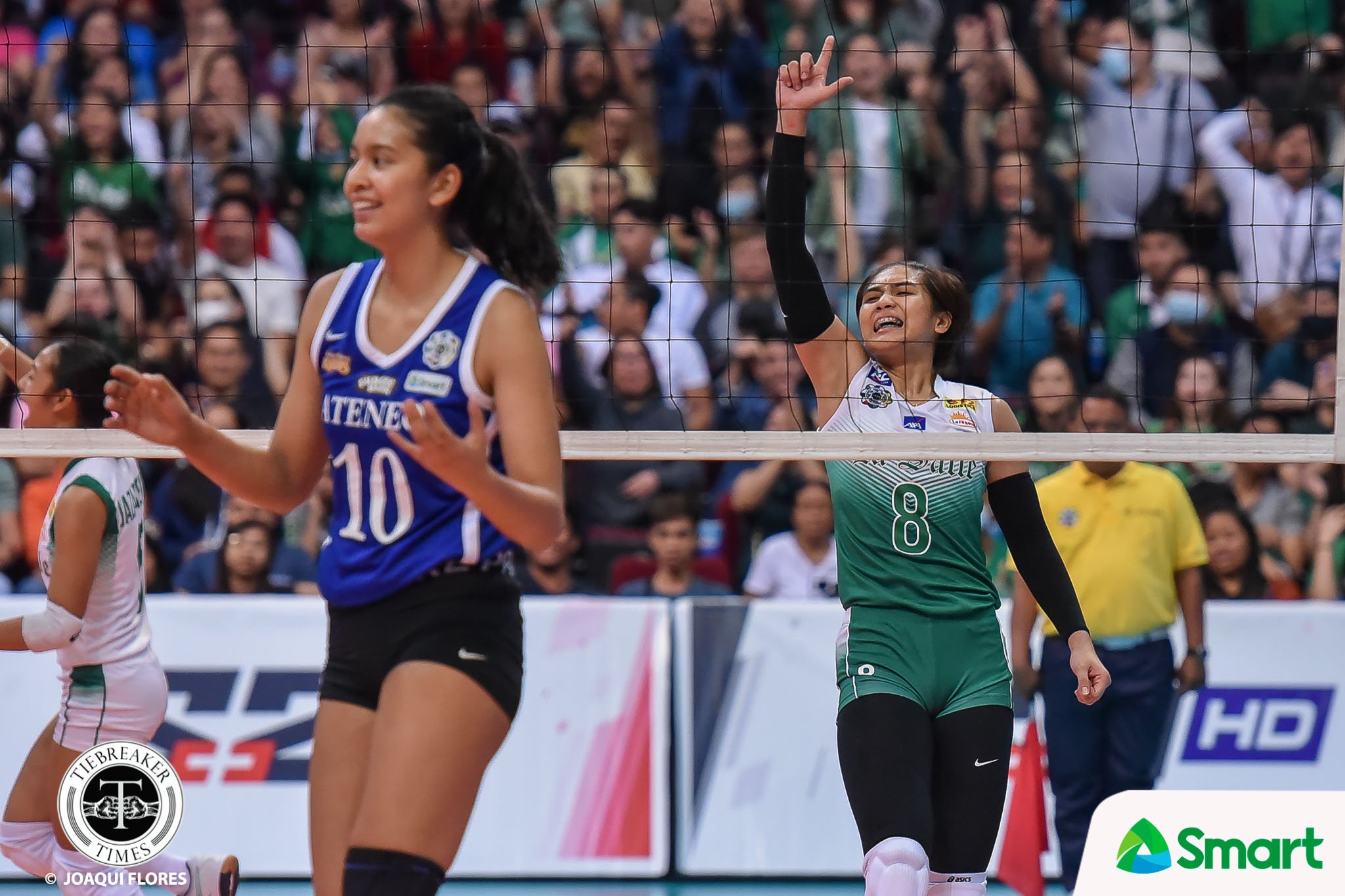 During her rookie year, the calling card of Dela Cruz centered around scoring. And she was more than reliable at that, leading the Lady Spikers in scoring with an 11.5 points per game average.

Dela Cruz was good at her job, but that didn’t mean she couldn’t do more.

So in her sophomore year, head coach Ramil De Jesus has given her a new role to embrace — to become a leader.

It’s easy to understand De Jesus’ intentions, though. Having eight rookies and three graduating seniors under his tutelage, the decorated mentor wanted to give players like Dela Cruz, who’s in her second year, the mantle of leadership.

Make no mistake, De Jesus isn’t forcing the duty on Dela Cruz. She wanted it in order to ease the burden on her older teammates.

And Dela Cruz wasted no time proving that she’s worthy of the huge responsibility.

In La Salle’s UAAP Season 82 opener versus arch-rival Ateneo on Saturday, Dela Cruz jolted her teammates to their senses after a second-set collapse. 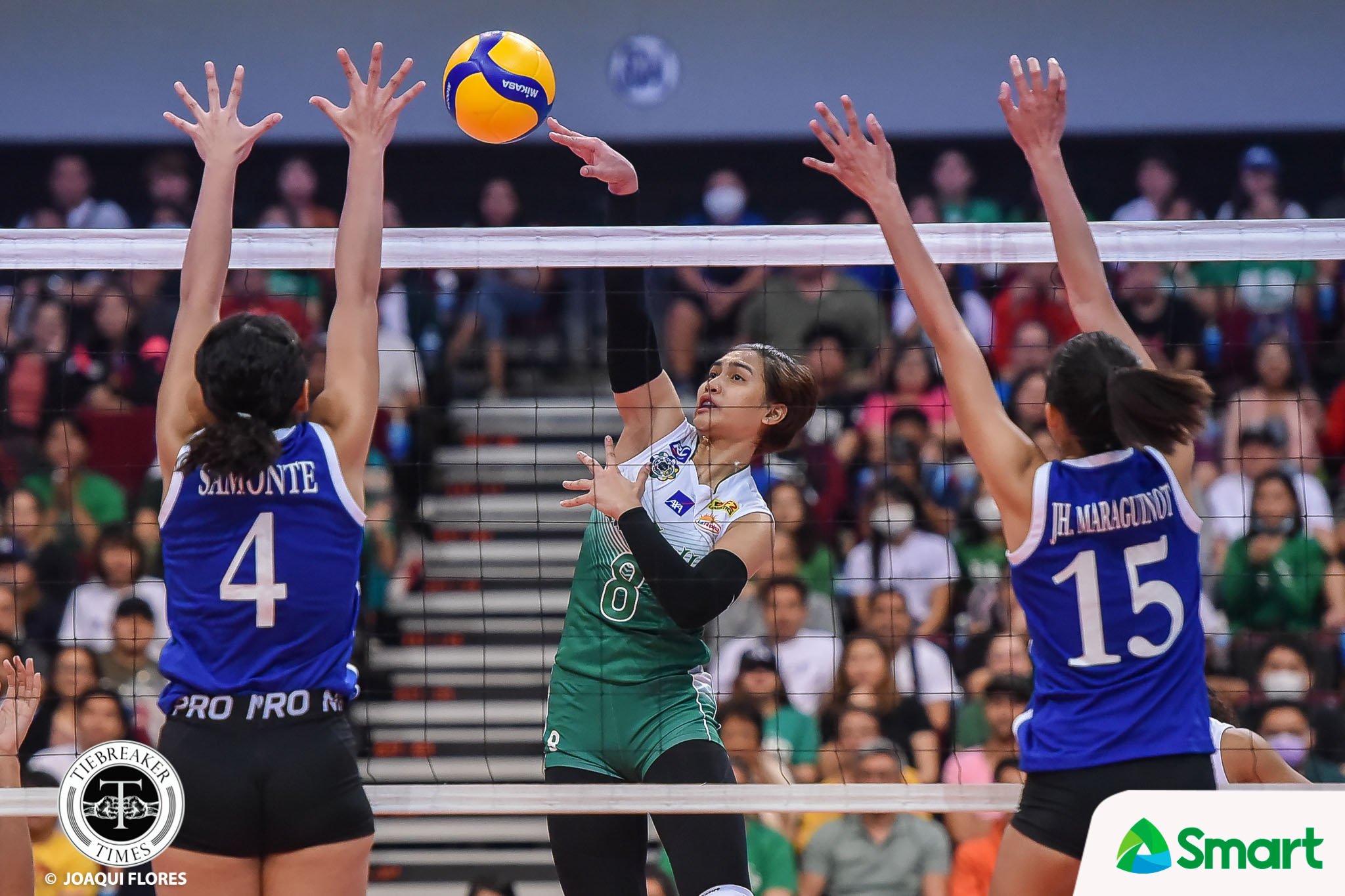 Dela Cruz’s call to action turned out to be effective as the youth-laden Lady Spikers came away with a four-set victory. More than that, she made her presence in scoring with 13 points.

All in all, this great start is all for La Salle’s redemption bid.