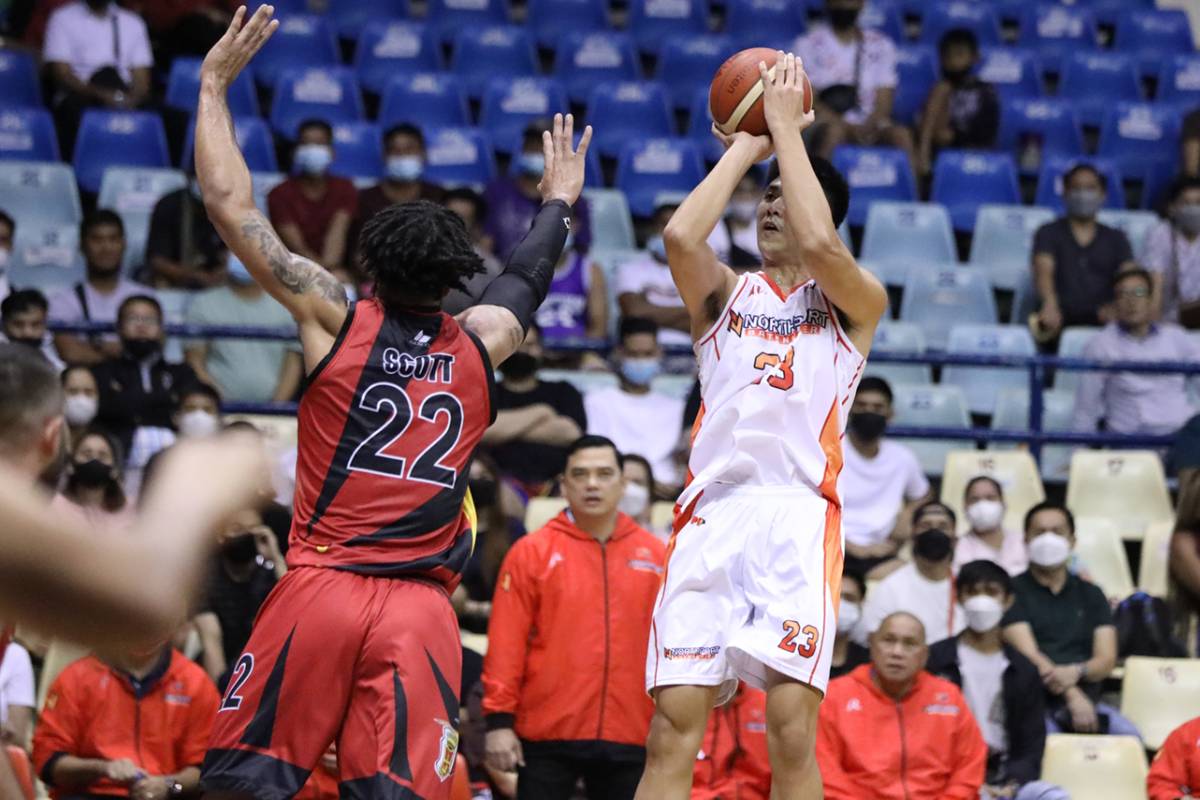 ANTIPOLO – It clearly wasn’t the PBA debut he hoped for, but William Navarro is nonetheless happy to play again after being idle for a long time.

The young winger immediately suited up for NorthPort in its Commissioner’s Cup clash with San Miguel Beer Wednesday night days after inking a two-conference deal, ending his inactivity that lasted for over three months.

Navarro last played during Gilas Pilipinas’ FIBA Asia Cup campaign in Jakarta back in July, and a lot happened to him in the months that followed.

Navarro was supposed to take his talents to the Seoul Samsung Thunders of the Korean Basketball League, but those plans fell apart as he couldn’t gain clearance from the Samahang Basketbol ng Pilipinas.

It drew lots of reactions from netizens and his fellow players but the federation stood its ground, wanting Navarro to ‘respect agreements.’

The Greek-born cager went on to issue an apology afterward but that didn’t help as the Thunders instead signed Fil-Canadian Christian David from NCAA Division 1 school Butler University under their Asian Player Quota rule.

Navarro didn’t hide that he was upset over that failed stint in Korea but cleared that he’s moved on, with his sights now set on helping NorthPort.

He did show as much despite the blowout as he tallied 14 points in 24 minutes off the bench, on top of two rebounds, an assist, and a steal.

Still, the two-time UAAP gold medalist is far from satisfied despite the decent performance he submitted after being beaten by 18 points.