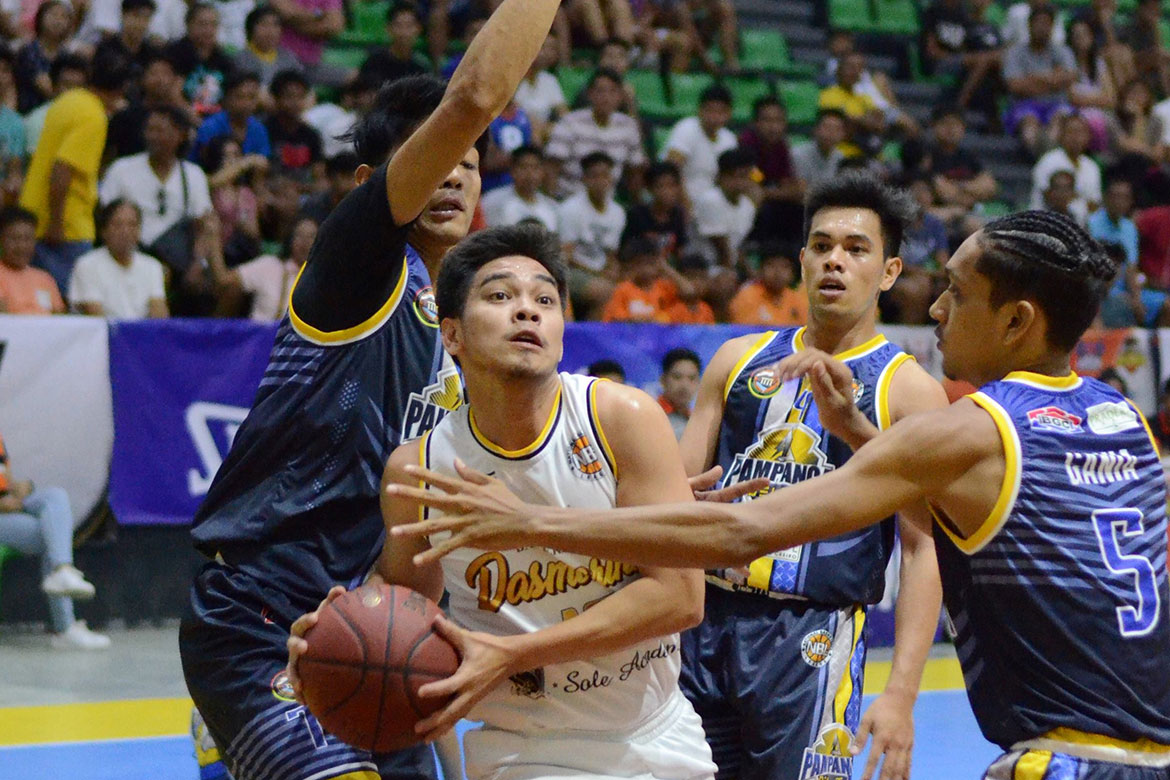 Dasmarinas and Quezon City finally picked up their first win over the weekend in the National Basketball League (NBL) Season 2 at the Bren Z. Guiao Convention Center in San Fernando, Pampanga.

The Ballers stunned the Pampanga Delta in their home court with an 86-81 victory last Sunday, while the Rising Stars won over the Pasig Rios, 71-61, last Saturday to end their respective losing spells.

John Cantimbuhan, last season’s Most Valuable Player, had 14 points, eight assists, and four steals including a three-pointer that put the Ballers ahead for good, 81-80, with 1:17 left in the fourth to finally put an end to their 0-2 start.

Exequiel Biteng had 19 points for the Rising Stars, who won after three losses following the entry of new team owners in Architect Andrew Belarmino and Engineer Shelwin Sy.

In other results, the Iriga City Oragons stayed in first place in the team standings after a 61-58 win over the Bulacan Starks last Sunday.

Jester Olea had 17 points, while AJ Perea had 14 points and 11 rebounds for the Oragons, who have now won four straight games to start the season.

Before they lost to the Ballers, the Delta won over the Laguna Pistons, 94-78, last Saturday with Argel De Leon finishing with 23 points and converting five three-point attempts.