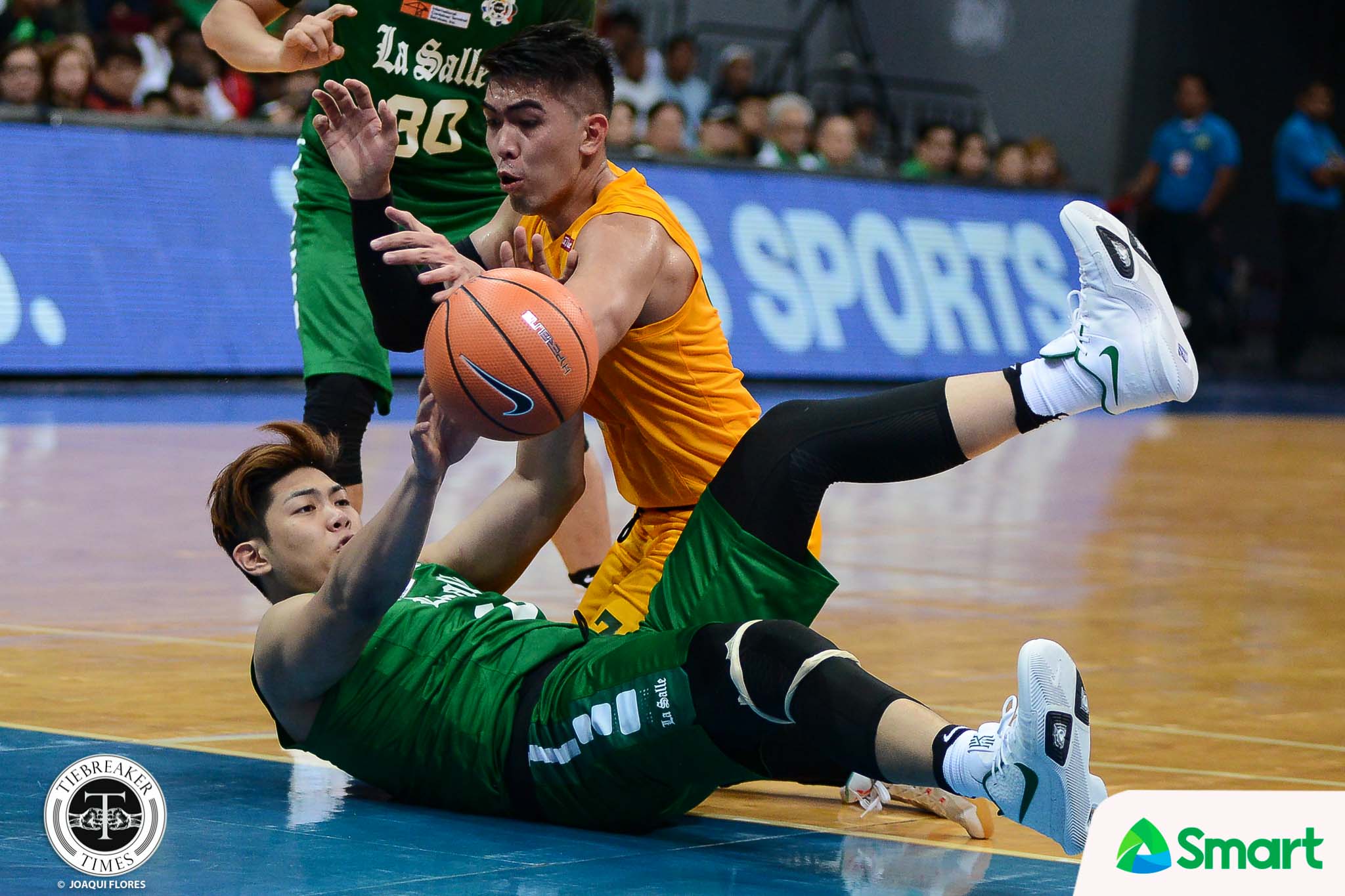 With the majority of the 12,000 fans clad in Green and White, they did not fail to express what they felt for FEU’s defensive specialist every time. And the La Sallians’ disdain against the 23-year-old stemmed from the bench-clearing brawl that occurred between both squads in Davao 16 days ago that saw him swing a haymaker that knocked down La Salle skipper Kib Montalbo.

But the Cebuano admitted that the boos actually fired him up.

La Salle dominated the whole game but FEU threatened to comeback in the last frame. However, the Tamaraws’ late run in the fourth quarter wasn’t enough to overcome the Green Archers, falling 90-95.

And their comeback proved to be too late, admitted a defeated Dennison.

But now with Dennison showing another dimension of his game as an offensive player, FEU looks to move to the winning column as they take UE on Wednesday in the Araneta Coliseum.

Even after career game, Aljun Melecio still thinking of ways to improve