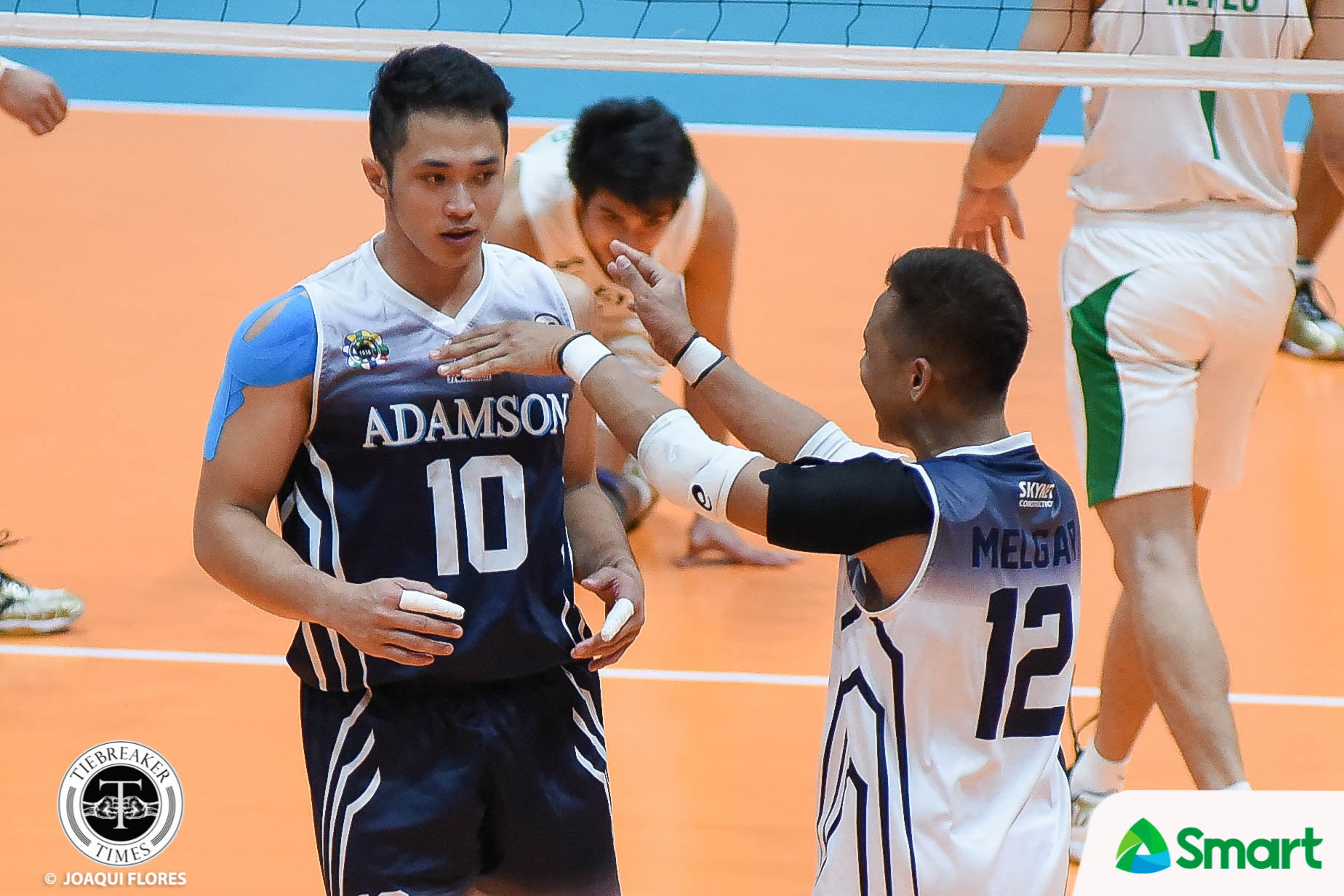 Adamson, a team that ended the first round at 2-5, have won four of their five second round matches to fortify their hold on the last Final Four slot.

The Soaring Falcons used their efficiency, limiting themselves to just 21 errors while La Salle surrendered 28.

The Soaring Falcons (6-6) take on the Far Eastern University Tamaraws (9-2) on Sunday at the FilOil Flying V Centre. The Green Spikers (4-8) try to keep their Final Four hopes alive when they face the University of the Philippines Maroons (3-9) on Saturday SM Mall of Asia Arena.