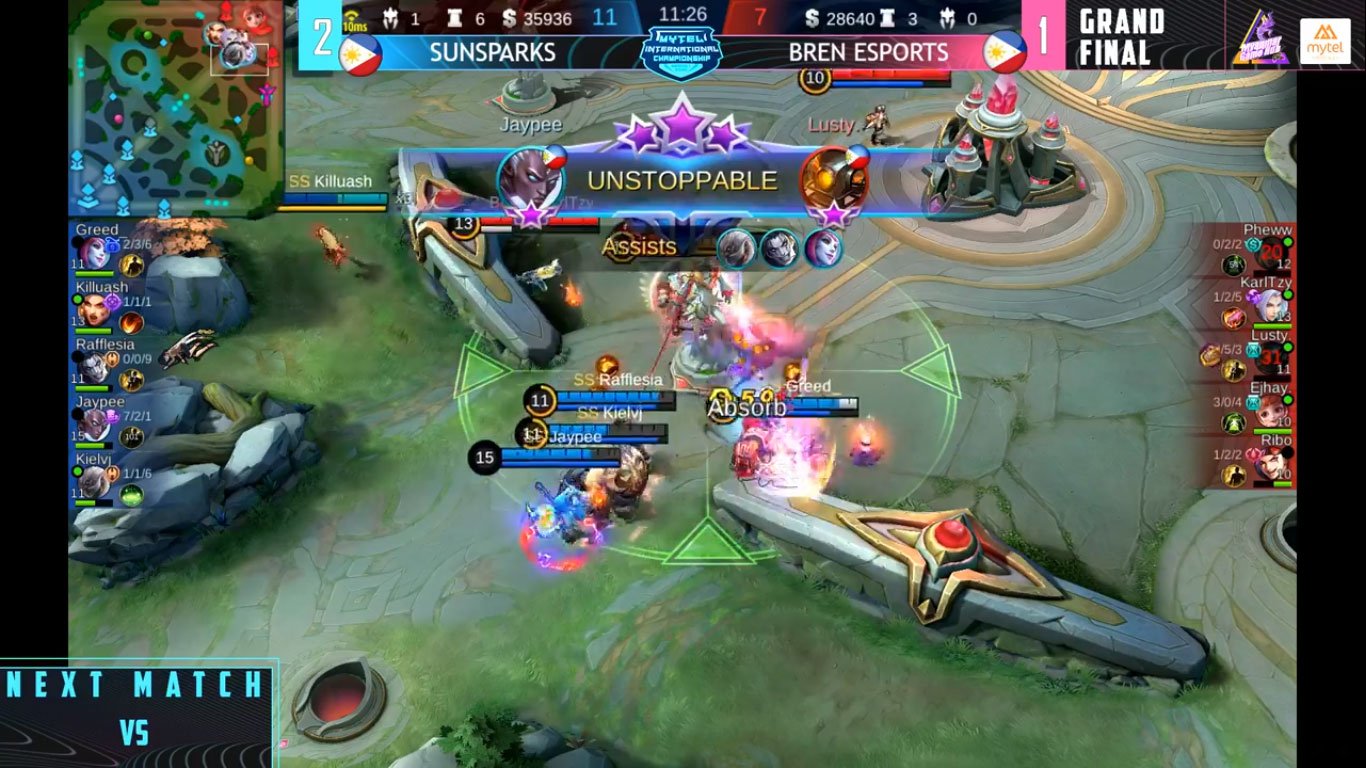 Sunsparks claimed another trophy, this time in the Mytel International Championship, via a 3-1 decision over fellow Filipino squad BREN Esports, 3-1, in the all-Filipino championship round, Sunday.

After securing a lord kill in the 10:23-mark of Game Four, Sunsparks immediately marched onto the middle lane and forced a clash against BREN.

Jaypee managed to erase Pheww (Esmeralda) and Lusty (Jawhead) from the map while also taking down the middle turret afterward.

KarlTzy (Ling), Ejhay (Angela), and Ribo (X.borg) tried to defend their base, but a complete Sunsparks — along with the lord — was too much to handle for the men in yellow.

Jaypee dominated once again for Sunsparks, putting up seven kills, an assist, with only two deaths. Meanwhile, Rafflesia and Greed_ backstopped their hyper carry with a combined total assist of 15.

Ejhay was the lone bright spot for BREN with three kills and four assists. KarlTzy, on the other hand, had a disappointing outing, finishing with just a kill and two deaths.

Before getting into the finals, BREN Esports had to go through a tough Evos Singapore squad, eventually winning the series with a 2-0 sweep for the right to face Sunsparks in the finals.

MPL-PH Season Five runners-up ONIC PH qualified for the playoffs but backed out of the tournament, surrendering their slot to Bosskur. Other participants were Resurgence, Geek Fam, VEO, Royal Esports, and Team SMG.