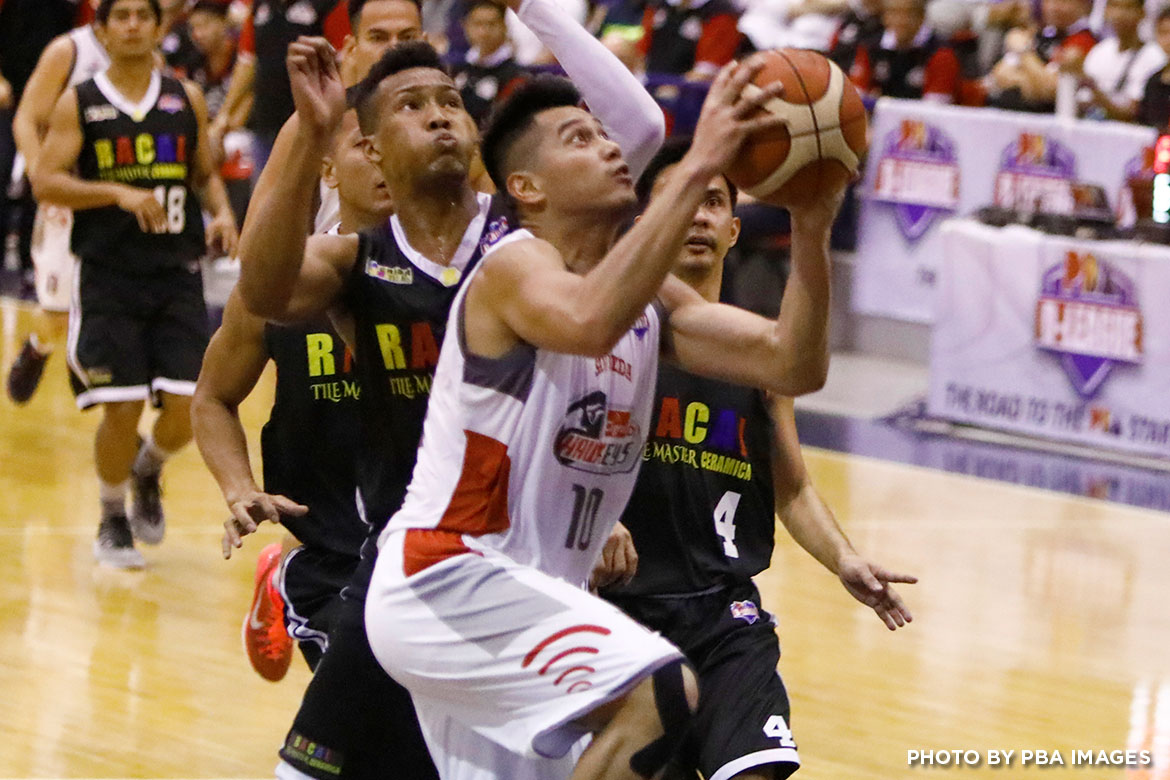 The PBA D-League is seen as a league where either ex-professional cagers try to impress scouts or where aspiring young guns serve their residency before enlisting for the draft. But for some varsity teams, they use the league as a tool to develop and test the mettle of their student-athletes.

Entering the Foundation Cup, Javee Mocon was able to win two championships with the San Beda Red Lions. Going into 2017, the San Beda staff decided to test the incoming senior in the PBA D-League with the Cignal-San Beda HD Hawkeyes.

All throughout the elimination round, the 22-year-old experienced a lot of firsts — including his first fine during his third game in the Aspirants Cup.

“This is my first time to play in the D-League and I can say it’s really different from amateur basketball especially with the calls,” Mocon told Tiebreaker Times.

“I actually got a fine for flagrant foul, that’s a first!

“But it’s really nice to play with great players like Pamboy [Raymundo], Mark [Bringas], Jason [Perkins]. It makes you want to be better,” he furthered.

With a deep lineup, the HD Hawkeyes were able to reach the Finals, facing an equally-deep Racal Tile Masters — a team composed of NCAA all-stars. Their Finals series reached the limit and with just 20 minutes remaining in the season, Cignal-San Beda could not find their bearings as they were down 43-35 entering the second half.

Prior to Game 3, Mocon had just been averaging 3.5 points and 3.5 rebounds. But with their entire season on the line, he simply went for broke.

Mocon scored 14 of his 25 points in the final frame to help his team keep pace with a hungry Racal squad. When the dust had settled, it was Cignal-San Beda who came out on top, 81-78.

Now that his first season in the D-League has ended with gold, Mocon is hoping that he can bring this new experience to the Red Lions. 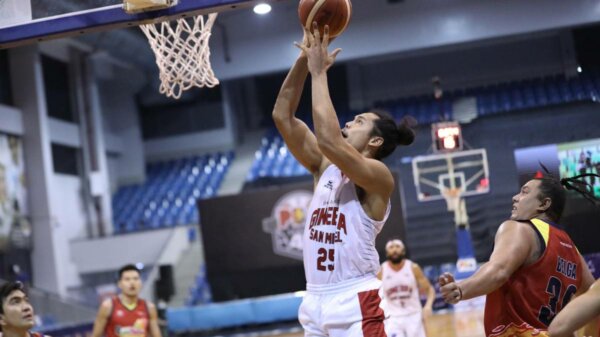 SMART CLARK GIGA CITY – Barangay Ginebra made good use of its win-once incentive as it beat Rain or Shine, 81-73, to enter the... 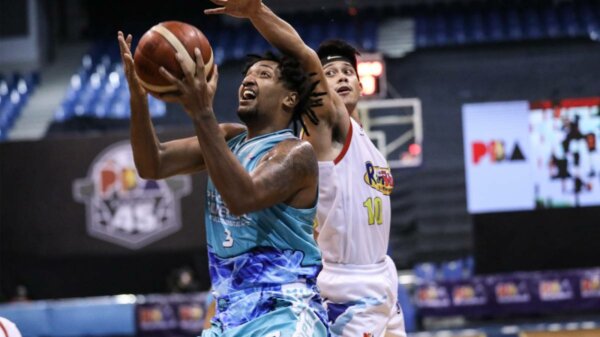 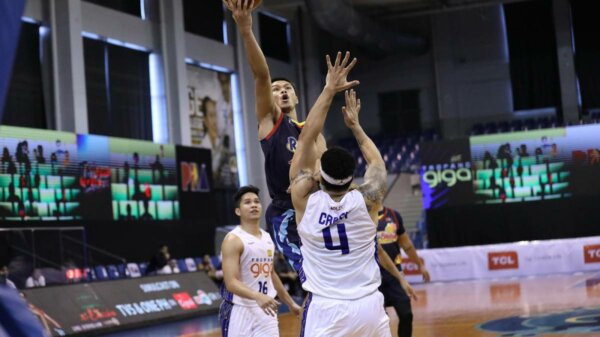 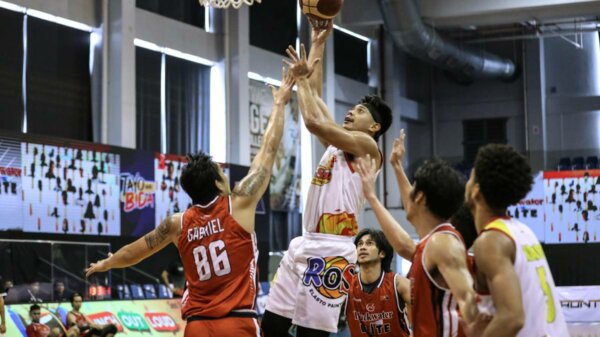 Seeing Nambatac down made Mocon realize he has to step up

SMART CLARK GIGA CITY — He may have been wearing a face mask, but Javee Mocon clearly felt elated after he and Rain or...