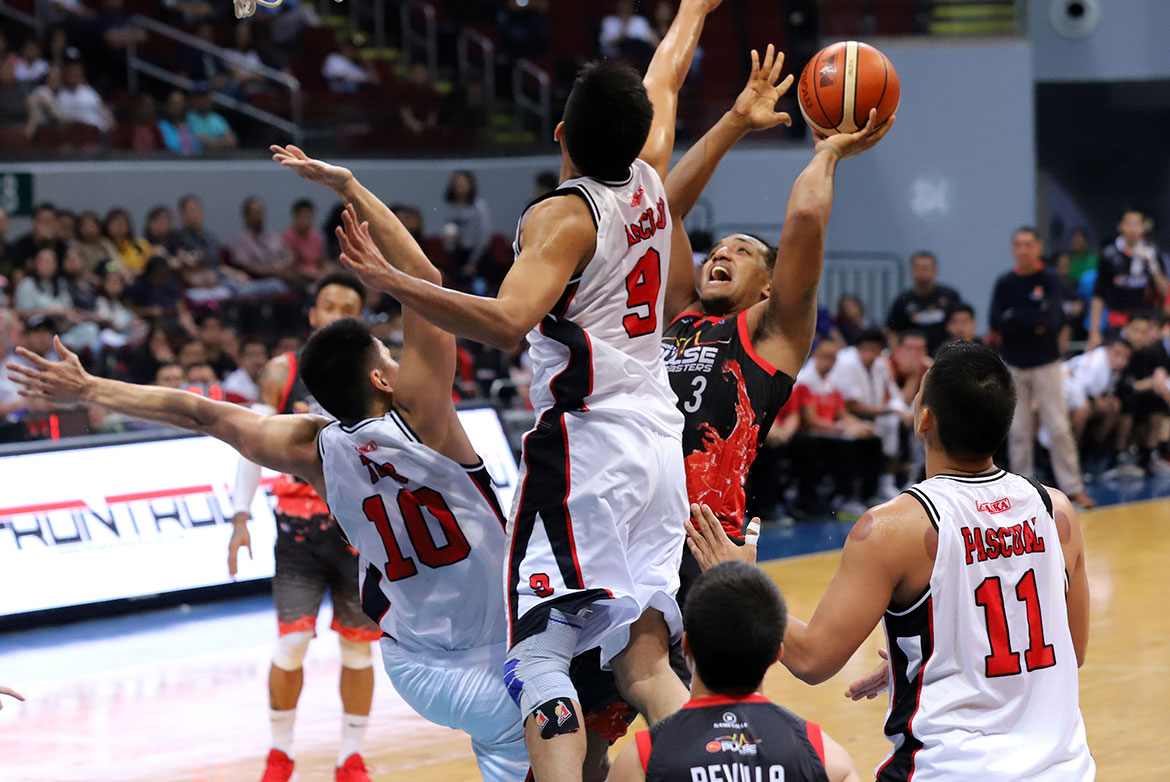 The Phoenix Pulse Fuel Masters took full advantage of their win-once advantage. They drubbed the Alaska Aces, 91-76, in the 2019 PBA Philippine Cup quarterfinals to book their first semifinal trip in team history, Sunday night at SM Mall of Asia Arena in Pasay.

The Fuel Masters took the driver’s seat in the second quarter, scoring 10 straight points en route to a 40-30 lead. It was all Phoenix afterwards; they even led by as many as 28 markers, 89-61, with 3:51 remaining in the game.

The win was also Phoenix’s very first in the playoffs. They were 0-for-6 prior to Sunday’s game.

“So we’re more than happy,” the amiable head coach continued.

Sophomore Jason Perkins fired a career-high 31 points on 11-of-15 shooting on top of nine rebounds, three assists, a steal, and a block in the victory. Meanwhile, Matthew Wright supplied 14 points, six assists, and four rebounds.

Former Milkman Calvin Abueva filled the stat sheet with 12 points, 11 rebounds, five rebounds, one steal, and one block for Phoenix.

Jvee Casio had 19 points to lead Alaska, who were beaten by their “extended family”; the Fuel Masters have former Aces on their team in Abueva, Alas, forward Jaypee Mendoza, and team manager Paolo Bugia.

Simon Enciso had 15 points, while Jeron Teng made 12 points and six boards.

READ  Roster announced for Gilas vs. PBA All Star Games

“May trabaho kaming kailangang gawin, and that’s to win and beat Alaska.”

The top-seeded Phoenix will now wait for the winner of the TNT KaTropa-San Miguel Beermen series for their foes in the semis. The reigning four-time All-Filipino champs SMB lead TNT 1-0, and can finish them off on Monday, April 8.