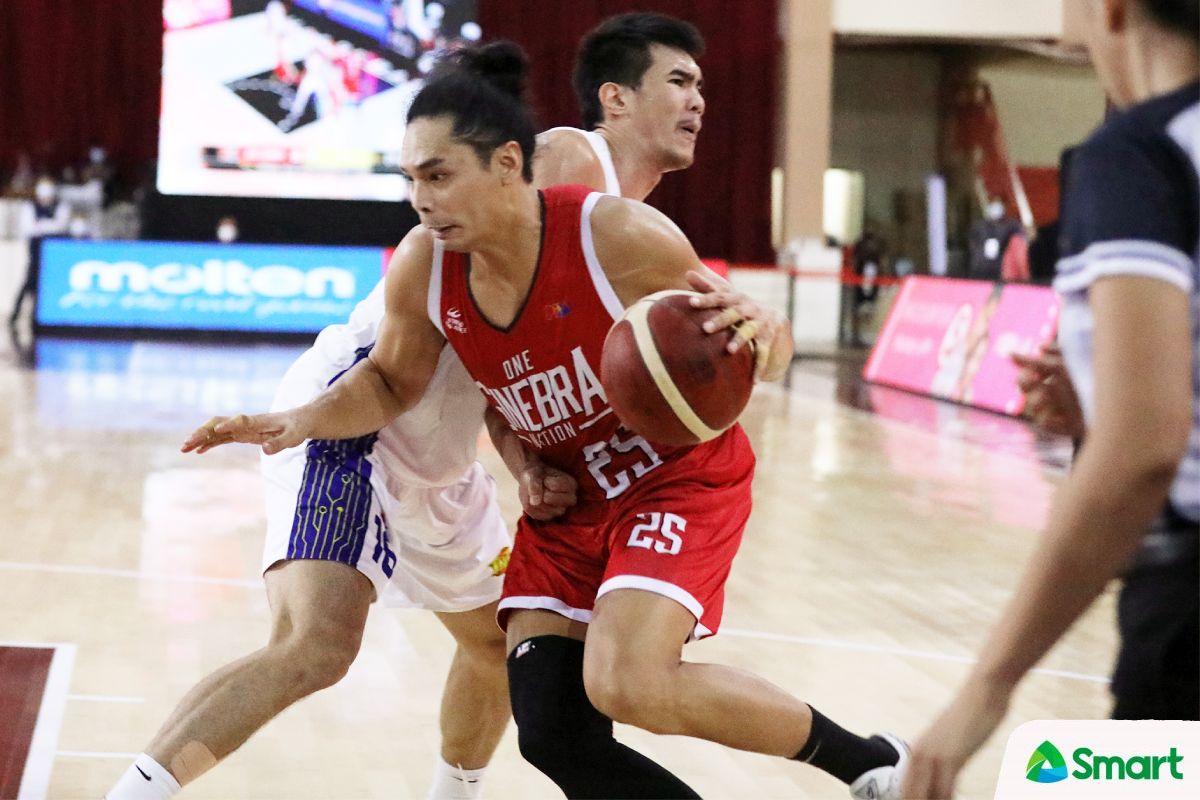 Barangay Ginebra San Miguel has suffered a devastating blow to its title retention bid in the 2021 Honda PBA Philippine Cup.

Head coach Tim Cone bared that Japeth Aguilar has been ruled out for the rest of the conference. He has reportedly not shown any improvement from the medial collateral ligament (MCL) sprain he suffered a couple of weeks ago.

The 34-year-old forward has already been sent back home to Manila Friday to continue his recovery, added the veteran mentor.

“He went back to Manila yesterday. And from what we’ve seen, it’s our opinion at this point that he’s out for the rest of the conference,” Cone said Saturday after his side clinched the last quarterfinal berth at the expense of Phoenix.

“Even through the Finals. I don’t [see] any possibility to get him back. And if we did, we might rush him back and injure him again.”

Aguilar got hurt during the fourth quarter of the Barangay’s meeting with the top-seeded TNT Tropang Giga last September 12. There, they lost, 67-88. Scans did not find any tears on the ligament, however.

Cone said that the second-generation star tried his best to recover in an attempt to rejoin the Gin Kings sooner. Unfortunately, though, there was hardly any progress.

“He’s devastated. He wants to play. But he was sent home yesterday – finally. He should’ve gone home a week or two ago after the injury, but he kept trying to get it done. But it was obvious now that he’s not gonna be able to make it.

“Sayang, he’s not made any improvements,” added the league’s only 23-time champion coach. “He’s still a long way away.”

Aguilar posted averages of 14.6 points on 52.3-percent shooting, 6.1 rebounds, and 2.0 blocks in the eight games he played this conference.