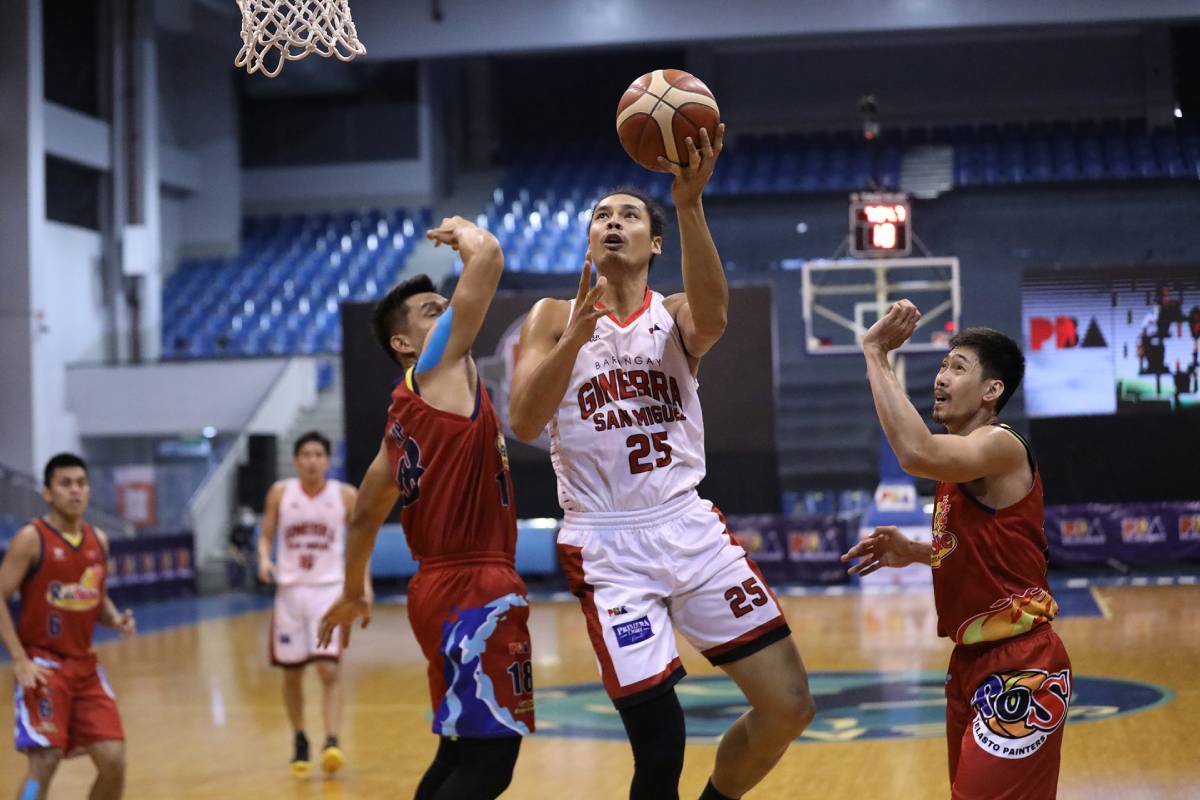 The 6-foot-9 forward finished with a game-high 23 points on 11-of-15 shooting. He also had 11 rebounds, an assist, and a block in nearly 35 minutes of play as the Gin Kings maximized their win-once incentive in the quarters.

Aguilar, though, could only heave a sigh of relief after the match. Not only because the game was over and they were able to overcome the Elasto Painters, but because he has hurdled the challenges that came in his way.

He reportedly had to regain his form inside the bubble since he was inactive for several months after being caught playing in a pick-up game last July, which was in violation of the government’s health protocols amid the pandemic.

Back then, the 33-year-old was summoned and fined by the league P20,000, and was ordered to undergo a 14-day quarantine. The 11-year pro was also required to undergo swab testing.

But even prior to the playoffs, Aguilar showed that he has been getting back his game shape. He had 21 points and seven rebounds last Monday versus Terrafirma, where the Barangay clinched the top spot.

After the eliminations, the cager from Sasmuan had per-game averages of 14.27 points, 6.82 rebounds, and 1.45 blocks across 11 outings. Moreover, Aguilar has yet to miss a game inside the bubble.

This season, he even reached a career milestone. In their win over the TNT Tropang Giga last Nov. 6, he became only the 12th player in league history to reach 600 career blocks.

Coach Tim Cone, meanwhile, understood Aguilar’s situation prior to the season restart. And he has witnessed the work Aguilar put in to regain his old form, and he couldn’t be prouder to see him reap the benefits of it.

“It was a trial for him coming into the bubble,” he said. “He was not able to join our clusters, he was not able to get work in the clusters, so he came into the bubble really behind. He was just doing stuff he can do in his garage, the apartment garage. He could not do much there. It was really a struggle for him in the beginning. He has worked really hard, doing extra running.

“If you watch him in the gym, he is always on the treadmill trying to rebuild his cardio. We really needed Japeth to show up tonight and he did a tremendous job.”