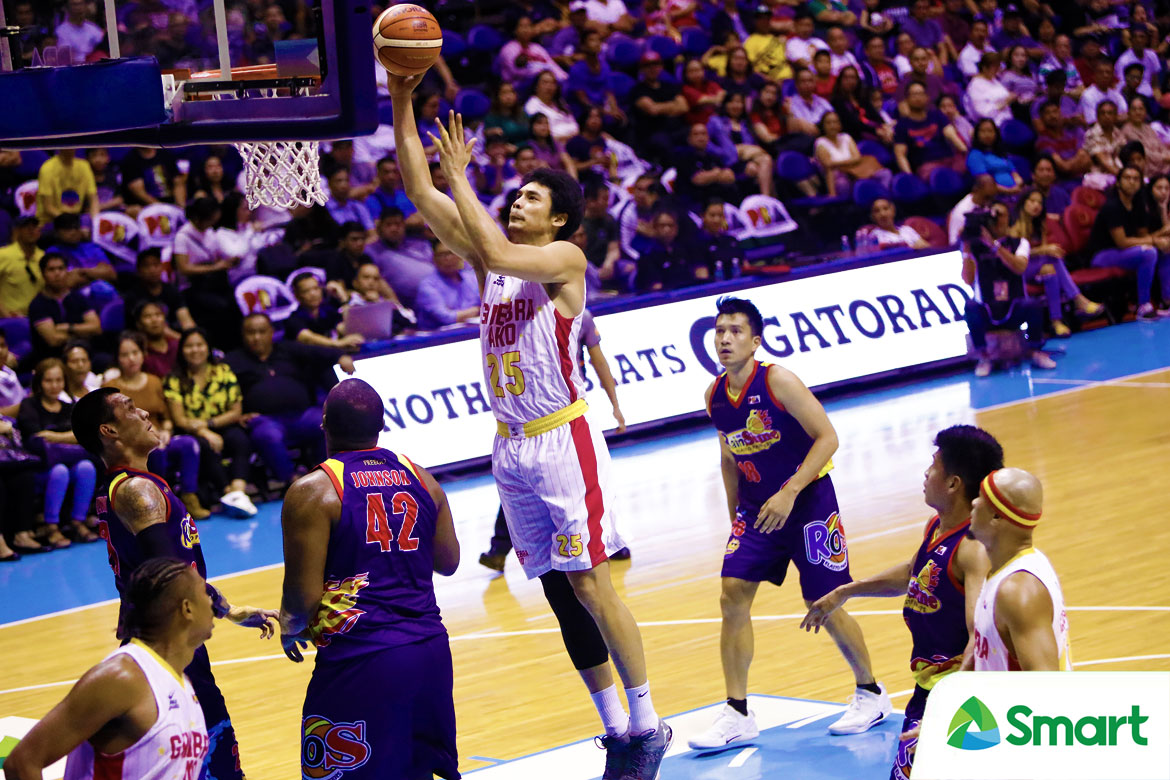 Japeth Aguilar is looking to suit up for the Barangay Ginebra San Miguel in the 2018 Commissioner’s Cup semifinals after incurring an untimely Achilles heel injury back in their quarterfinal series against rivals Meralco Bolts.

Aguilar missed the Gin Kings’ semifinal opener against the top-seeded Rain or Shine Elasto Painters on Sunday night. The 6-foot-9 forward, who averaged 17.0 points and 6.9 rebounds per game prior, was still in attendance at the SMART Araneta Coliseum.

Aguilar admitted that his current injury has caused him worse pain than having a hurt ankle, so much that he decided not to play through it to prevent aggravating his Achilles heel, which was initially diagnosed with a partial tear.

Luckily, the Gin Kings stepped up in his absence by putting up an impressive 102-89 victory to post a 1-0 lead in the best-of-five series.