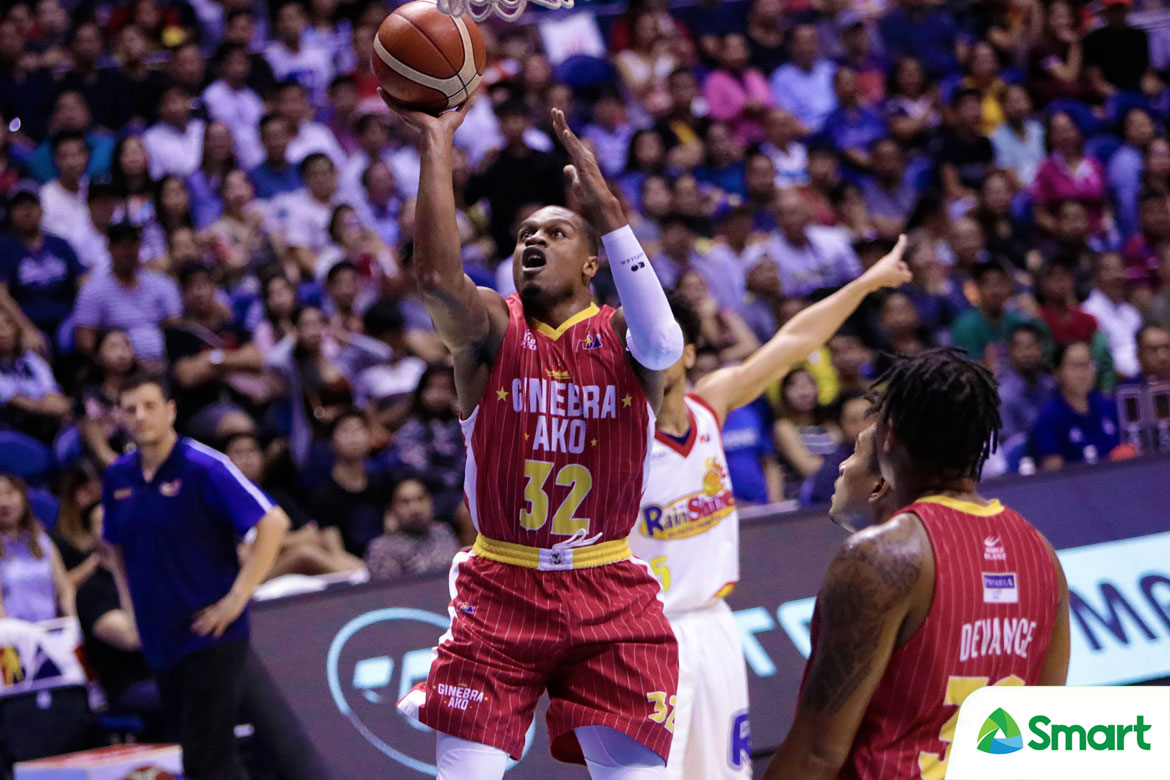 The hottest team in the league just can’t be stopped.

The Barangay Ginebra San Miguel ran roughshod over the top-seeded Rain or Shine Elasto Painters, 102-89, to post a 1-0 lead in their 2018 Commissioner’s Cup semifinal series, Sunday night at the SMART Araneta Coliseum.

This is now their eighth straight victory in the mid-season conference – a streak that started with an out-of-town win over the NLEX Road Warriors last June 9. The run is also now their best under head coach Tim Cone.

Justin Brownlee starred in the triumph with 35 points, 14 rebounds, and nine assists, while Jeff Chan finally had his breakout performance for the Gin Kings as he unloaded 21 points on 6-of-10 shooting with four boards.

“As you can see, Jeff is a really great weapon when he has great players around him,” praised Cone of Chan. “When there are players who can create openings from him, he’s really dynamic and he showed that tonight.”

Thanks to Brownlee, the Barangay were able to start the match with a 20-7 lead. Their cushion inflated to 18 points early in the second frame, until the Elasto Painters fought back hard and closed within five before the halftime break.

“Those early leads are always artificial leads,” rued the decorated strategist. “We would talk about it at timeouts when you get those early leads in the game. They’re pretty much artificial and you cut them off a little off balance.”

Rain or Shine never had a chance to snatch the lead, as Ginebra found ways to counter. And come the last eight minutes of the bout, the Gin Kings unleashed a 16-0 run for a 102-78 lead – more than enough to finish their rivals.

“But our guys… They were able to pull away again with some big plays,” lauded Cone of his wards. “That’s our main objective. We were able to make big plays at the right time and so far so good. I hope we can continue to do it.”

But for Cone, he was particularly delighted with the victory because they were able to pull it off even without top forward Japeth Aguilar, who’s currently sidelined due to a hurt Achilles tendon, which he incurred in the quarterfinals.

“Best part about doing this game tonight was being able to do it without Japeth. He’s been out of practice since our last game against Meralco, he got hit in his Achilles so he had some significant swelling in his Achilles tendon area,” he disclosed.

Reggie Johnson led the Elasto Painters with 30 points and 13 rebounds. James Yap – who started the game – nearly had a double-double of his own with 15 points and eight rebounds, while Ed Daquioag provided 10 markers.