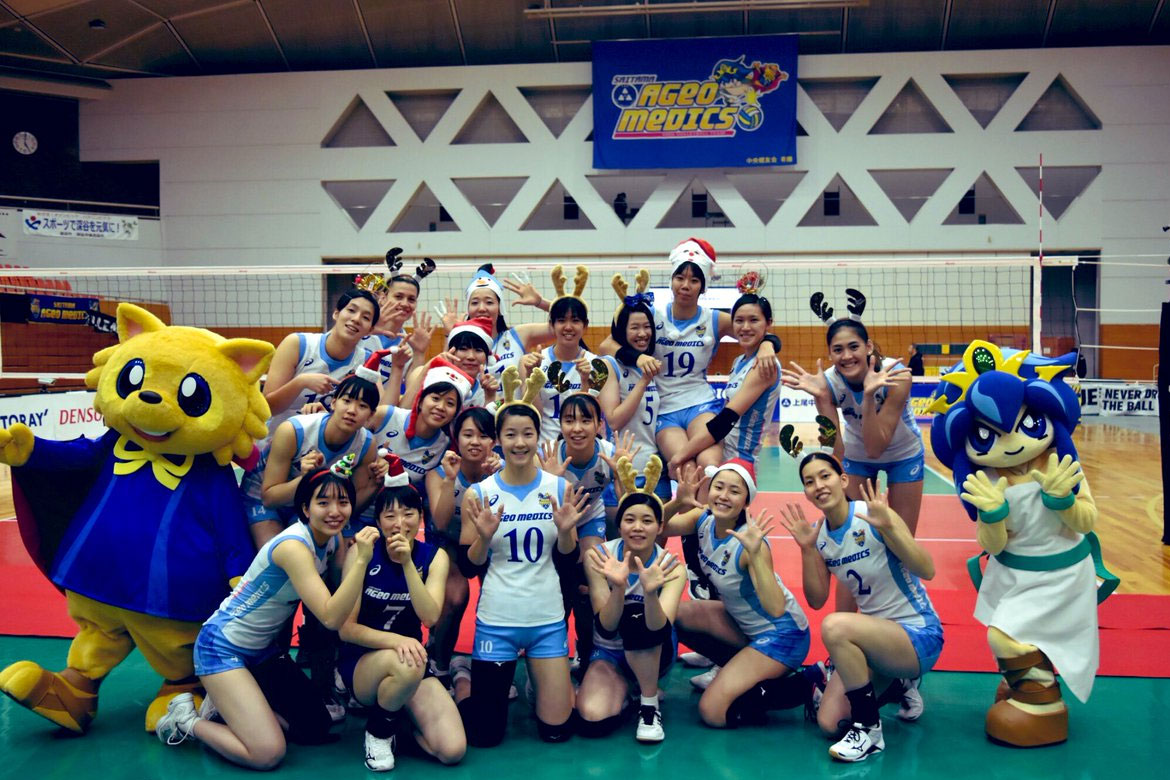 Jaja Santiago made sure that Saitama Ageo Medics continued their mastery over Dindin Santiago-Manabat and her Kurobe Aqua Fairies in the Japan V Premier League on Saturday.

It marked the towering sisters’ second match-up in the vaunted tournament.

Ageo Medics hiked their win-loss record to 10-6 for fifth place. Santiago and her squad will now shift their focus on league leader JT Marvelous, which possess a 14-3 card, on Sunday.

On the other hand, the Aqua Fairies continue to trudge through the tournament, dropping their 16th game in 17 outings. Santiago-Manabat seeks to snap Kurobe out of funk when they face her former club team, Toray Arrows, on Sunday.

Northport blows out Ginebra to take semis Game One