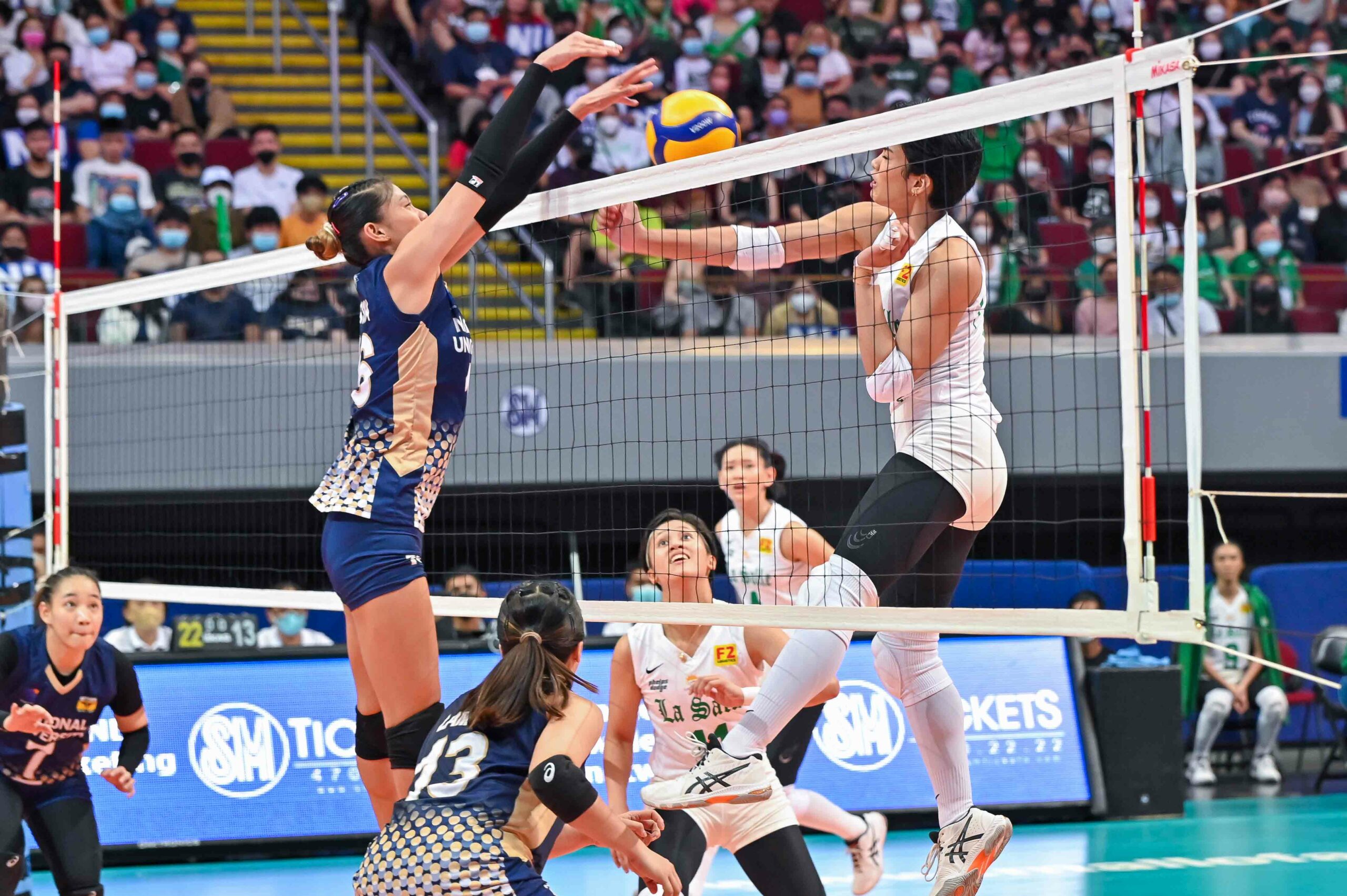 Ivy Lacsina will forgo her final year at National University.

The 22-year-old middle blocker out of Angeles City, Pampanga has signed with F2 Logistics.

The Cargo Movers made the announcement on Friday.

Let’s all give a warm welcome to a new member of the F2 Family.

Lacsina, 22, only played three years for the Lady Bulldogs.

Back in UAAP Season 81, she was one of the top rookies in the league. Her second season though was shortened due to the ongoing COVID-19 pandemic.

Moreover, she helped the Lady Bulldogs complete a season sweep.

Early last month, NU declared that Lacsina was playing her final year. However, her dad denied it.

Lacsina was not part of the pool submitted by NU for the Shakey’s Super League.

In F2 Logistics, she will join a tall frontline that already has the likes of Aby Marano and Majoy Baron.

F2 Logistics will return to the Premier Volleyball League for the Reinforced Conference next month.