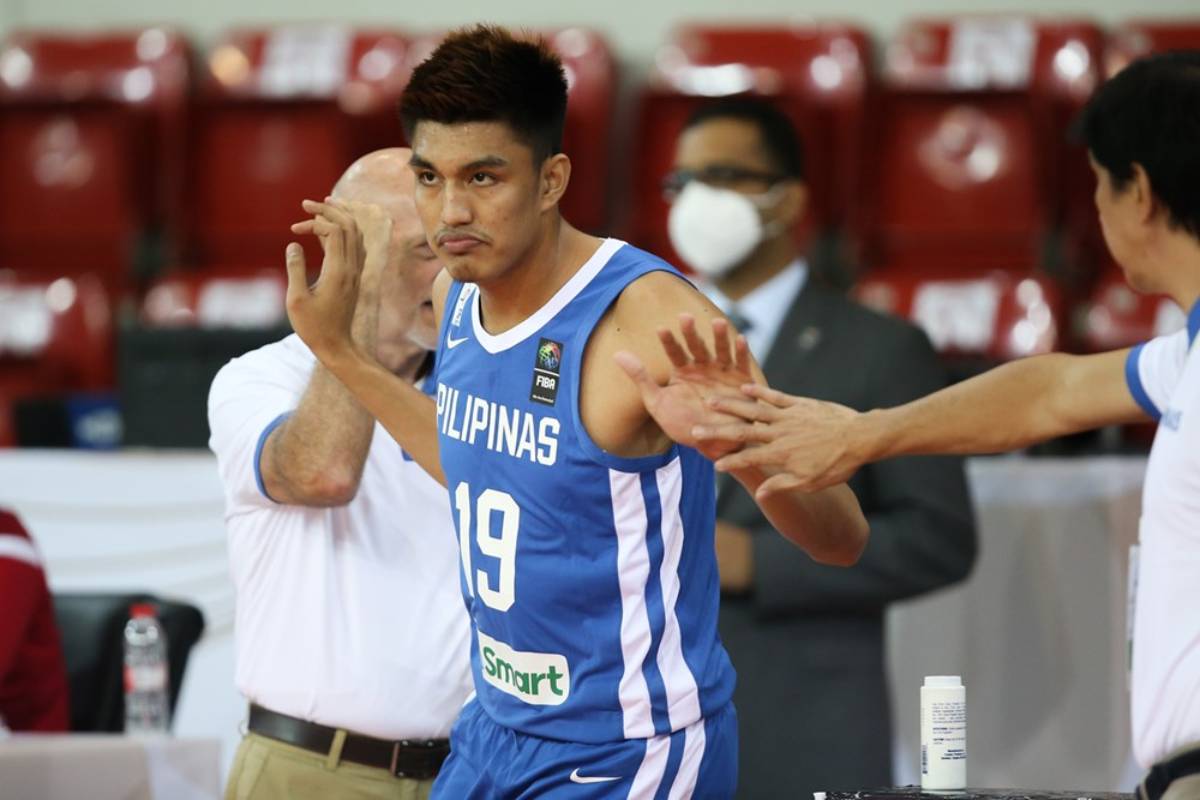 Isaac Go and Kemark Carino were supposed to be Ateneo’s frontline of the future back in 2016.

However, Go, a 6-foot-8 product of Xavier School, and Carino, also 6-foot-8 from Cornerstone Christian, had to go their separate ways after the latter could not meet the academic quota of Ateneo during the summer of 2016.

Four years later, the two would share the same court once more — this time wearing a different shade of blue, Gilas blue.

And Go, who is two years the senior of Carino, could not help but be proud of Carino’s growth.

“Definitely, he’s gotten stronger and faster. His outside shot has improved a lot,” said the three-time UAAP champion about Carino, who is entering his fourth year with San Beda.

“This shows how much work he has put in himself to improve and become the player he is today.”

Both Go and Carino came off the bench during Gilas’ game against Thailand last Friday.

In 12 minutes of play, Go had six points and four rebounds but committed three chippy fouls. On the other hand, Carino logged 13 minutes for four points, three rebounds, two assists, and a block.

Carino still has two years of eligibility remaining in San Beda. And Go hopes that Carino continues improving during that time.

“He has ways to go like all of us do, but he’s trending the right direction with his work ethic.”