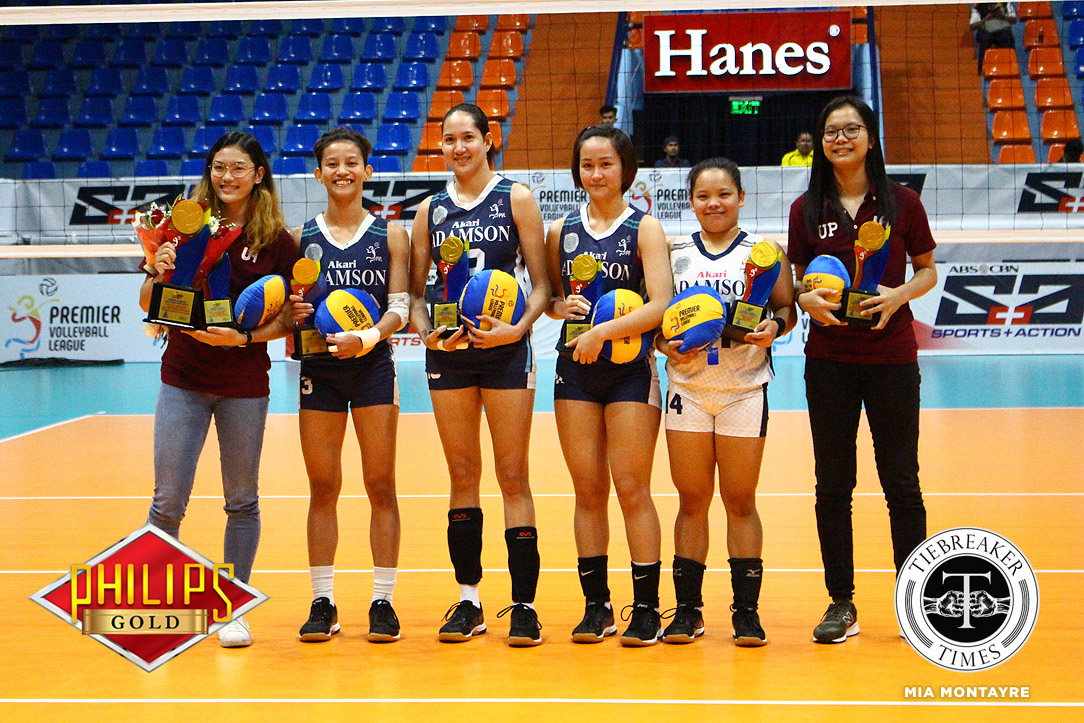 Molde, who has been UP’s most consistent player in their historic Finals run, also brought home the First Best Outside Spiker trophy.

The Adamson University Lady Falcons, who went undefeated in the elimination round, had the most representation in the All-Tournament team.

Eli Soyud was named the Best Opposite Spiker; Thang Ponce as the Best Libero; MJ Igao as the Best Setter; while Bernadette Flora was hailed the Second Best Outside Hitter.

Isa Molde deflects all credit to teammates for first MVP