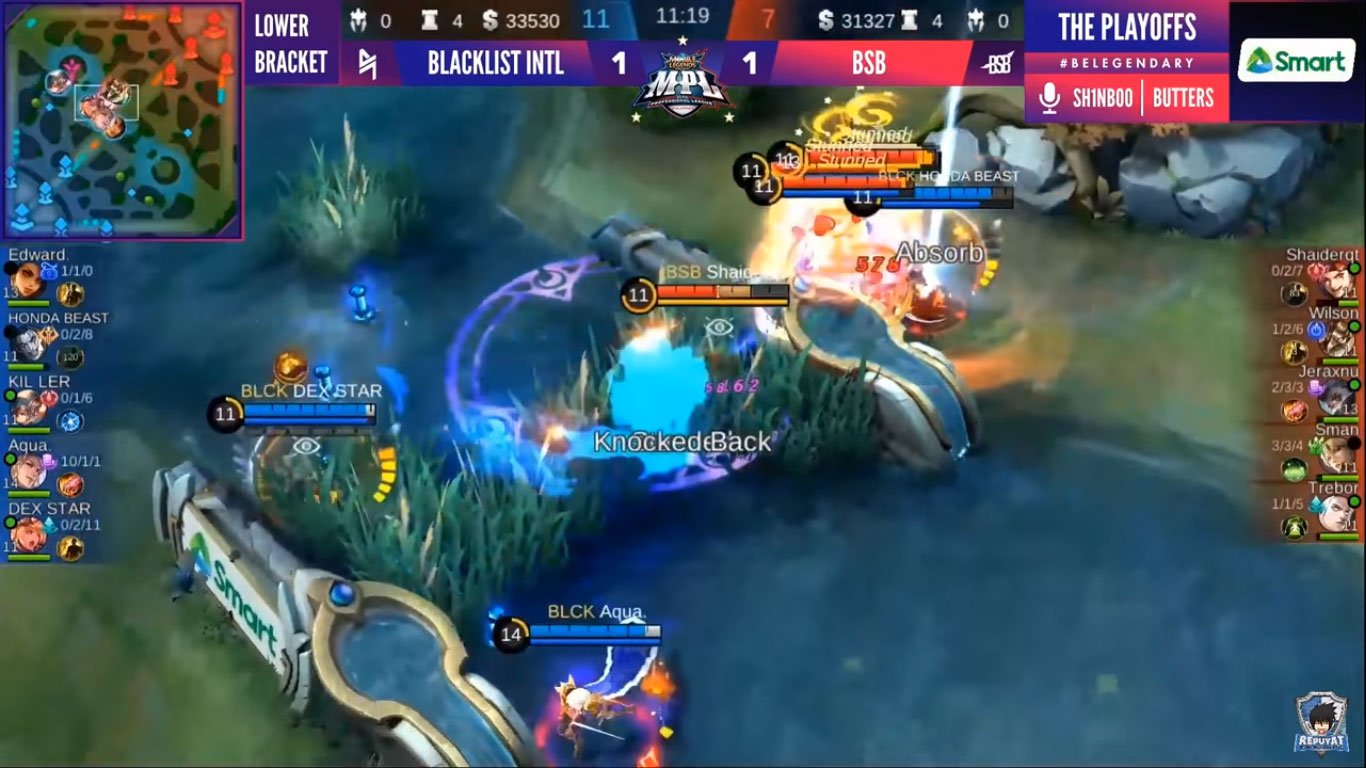 HONDA BEAST pulled out all the stops needed for Blacklist International while Sterling Global Dragons-Omega bullied their way to the second phase of the lower bracket of the SMART Mobile Legends Bang Bang Professional League-Philippines (MPL-PH) Season 5, Friday.

After sitting out a number of games for Blacklist International in the regular season as the squad’s sixth man, HONDA BEAST finally made his return to the Tier One-backed squad’s main five.

And he made sure to announce his comeback in the grandest of ways.

With the do-or-die Game Three still up for grabs, HONDA BEAST (Khufra) unleashed a perfectly executed four-man tyrant’s rage, knocking up BSB’s Wilson (Kaja), Jeraxnu (Granger), Sman (Kimmy), and Trebor (Estes) in the middle lane which paved the way for Edward (Esmeralda) to go for a maniac, completely booting out BSB from the tournament.

Aqua (Ling) spearheaded Blacklist with 11 kills and five assists while Edward had five kills laced with an assist and a death. On the other hand, DEX STAR (Lolita) dished out 16 assists while HONDA BEAST finished with 13.

BSB’s double marksman set-up did not get the space that they needed with Jeraxnu and Sman combining for just five kills and eight deaths.

Meanwhile, SGD-Omega annihilated ULVL, 2-0, to climb their way up to the semifinals of the lower bracket.

Hadjizy (Karrie) tallied 10 kills and six assists to spearhead the Dragons while Toshi (Esmeralda) had four kills, nine assists, and a death in the series-clinching Game Two.

Haze (Kaja) and Heath (Grock) provided the support with a combined tally of five kills, 21 assists, and just three deaths.

SGD will go up against ONIC PH tomorrow at 2:00 p.m. while Blacklist International will be facing an Execration squad that dragged the top-ranked BREN Esports to three games at 3:30 p.m.