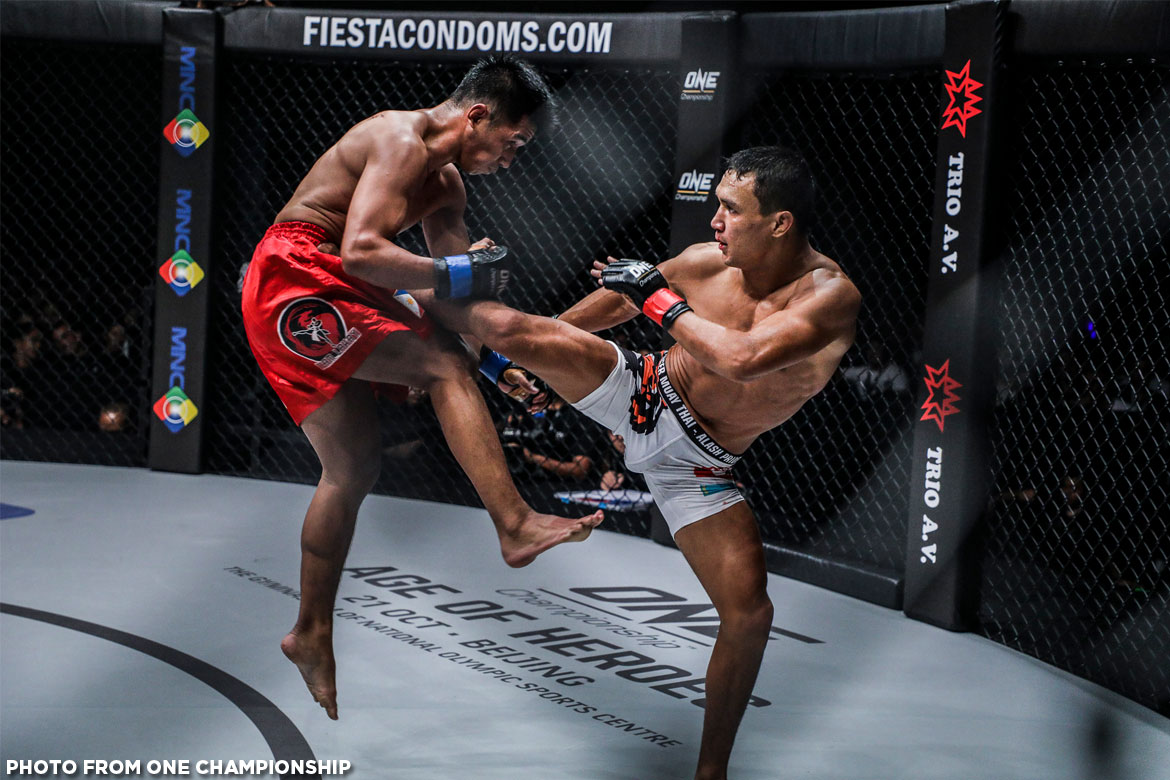 Geje Eustaquio gets a chance to seek redemption against Kairat Akhmetov

In a rematch four months in the making, Team Lakay’s Geje Eustaquio (9-6) gets another crack at rival Kairat Akhmetov (24-1) as they are set to face each other on Friday, January 26, for ONE Championship: Global Heroes. The event will once again be hosted at the SM Mall of Asia Arena in Pasay City.

Unlike their first match-up last September 16, the stakes will be higher, as it will be for the ONE Interim Flyweight World Championship. The fight was announced by ONE Championship through its Twitter account.

Their first match-up in Indonesia proved to be a thriller. The match could have gone either way, but two of the judges favored the Kazakh, leading to a split decision victory.

Eustaquio, 28, lost two of his last three matches, and his last victory came at the expense of contender Anatpong Bunrad last May 26.

His opponent, on the other hand, is the former Flyweight Champion. The 30-year-old lost his belt to Adriano Moraes last August 5 via unanimous decision.

Moraes is currently out due to injury.