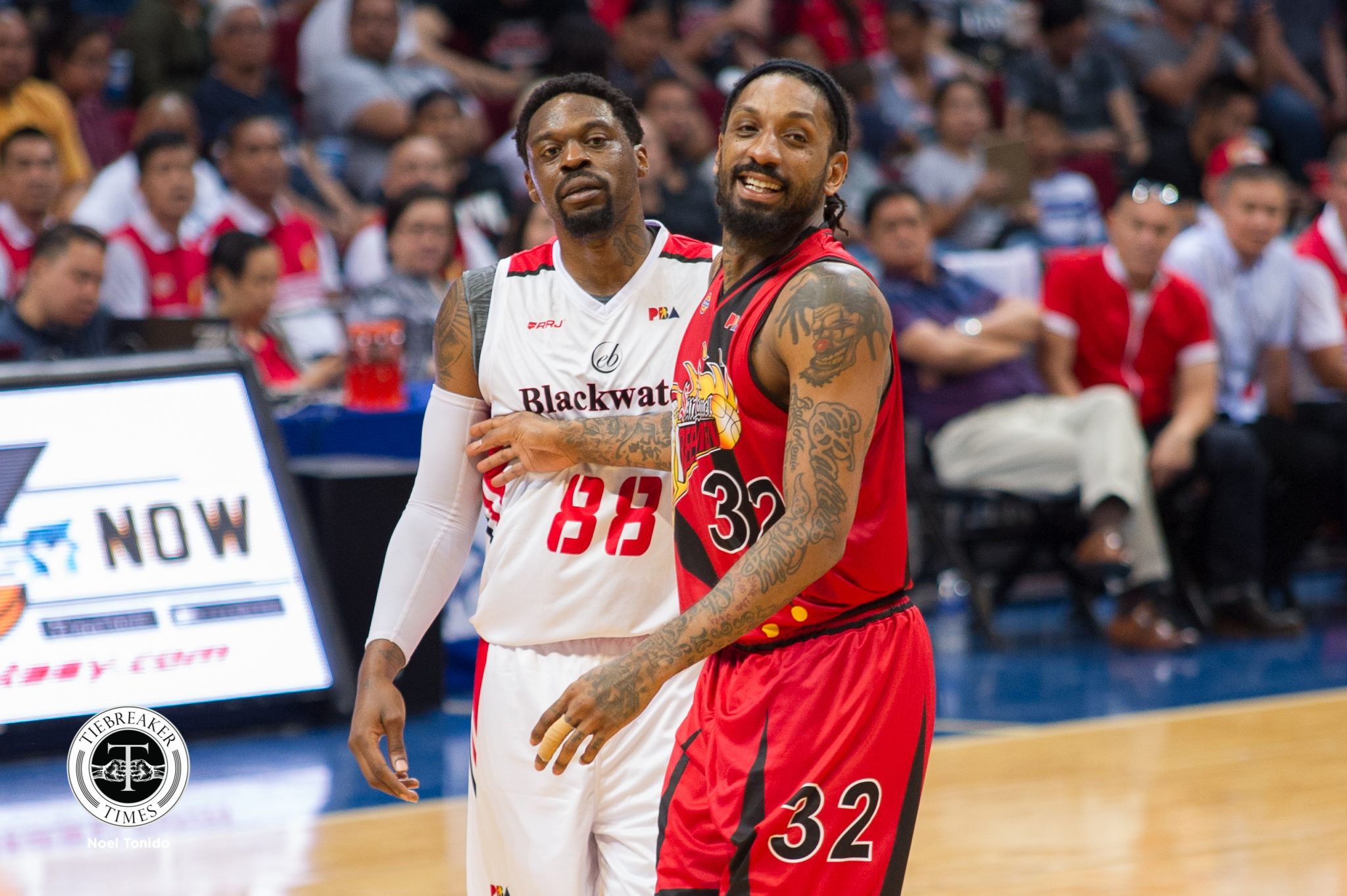 Although his Blackwater Elite ended their 2018 PBA Commissioner’s Cup campaign on a sour note after losing to the San Miguel Beermen on Wednesday, import Henry Walker still had a reason to smile.

He had been reunited with good friend Renaldo Balkman.

The two had played side-by-side for the New York Knicks in the NBA, from 2010 to 2012. Back then, the Knicks were so loaded, and the likes of A’mare Stoudemire – and later on Carmelo Anthony – anchored the team.

But more than the reunion, Walker was elated about Balkman’s redemption – going from being a hated individual back in 2013, to somebody showered with adoration and cheers five years later.

“I’m so proud of Balkman. Everything that happened before, him having that mindset and doing all the things necessary to show that he deserved another chance, and him playing the way he’s been playing, it’s great to see.

“He’s always a good friend of mine. He’s a great competitor. I’m just happy to see him back out here doing what he loves,” said Walker moments after their 106-115 defeat, which concluded their mid-season campaign with a 1-10 card.

Balkman going full circle is indeed a great story for any basketball player. And he wouldn’t have ended up back here if not for his stint with San Miguel Alab Pilipinas in the ASEAN Basketball League.

There, the 33-year-old showed that he was a cut above the rest with his fine play, and his run in the regional pro league ended up with him and the sophomore Filipino club team hoisting the championship trophy at the end.

For Walker, he’d already expected that Balkman would return in the PBA after seeing him play for Alab. When it did happen, he was incredibly happy for his friend, who has just led San Miguel Beermen in this conference’s quarters.

“I’ve watched from afar. Once I’ve seen he was with Alab, I’ve kinda seen he has a chance of getting back in the PBA,” shared the 30-year-old Walker. “He did all the right things. You can see he’s a changed guy.

“Everybody has situations in their life where they can use better judgement – we’re human, right? It just so happened that his moment was broadcasted for everybody to see. You can’t just judge him by that one incident,” he added.

“What he’s done is he’s manned up and he’s owned up to his responsibility and he’s doing big things for that team now. So I’m happy for him.”