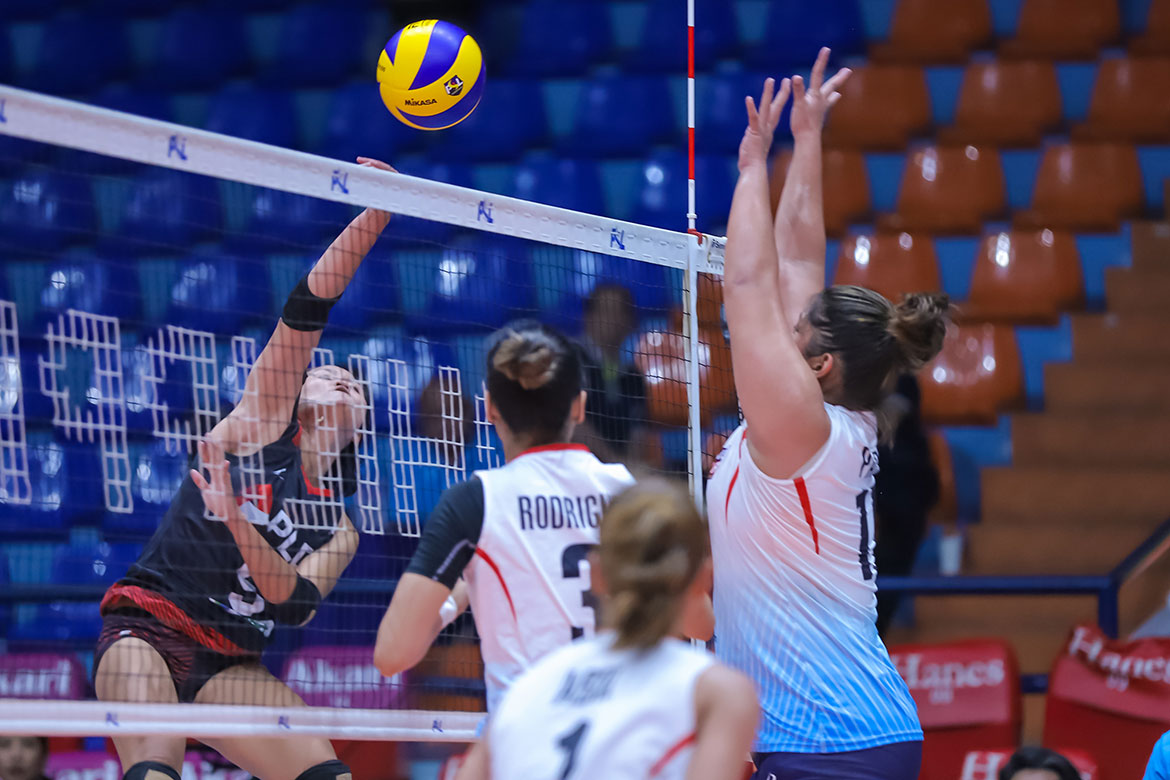 Not wanting another five-set affair following their escape act over Sta. Lucia last Saturday, PLDT Home Fibr got the job done as swiftly as possible on Tuesday afternoon at the FilOil Flying V Centre.

Holding a two-sets-to-none buffer, the Power Hitters thought they were on pace for a sweep when they jumped to the first technical timeout in the third set, 8-6. The Lady Skippers then regained their bearings in time with the help of Chiara Permentilla and Judith Abil, to push the game into a fourth set.

With that much-needed wake-up call, the Power Hitters raced to a 16-7 cushion in the fourth frame and never looked back.

Soltones pummeled the differential hits for PLDT. She finished with a game-high 22 points off 19 attacks, two blocks, and an ace to go along 12 excellent digs and 10 excellent receptions.

Despite the win, PLDT head coach Roger Gorayeb felt dissatisfied with the way his players have played. He cited the third frame in particular, in which they needed to squander the set in order to “wake up”.

Power Hitters team captain Jerrili Malabanan did not play in the match due to an injury. Still, all but two players fielded by Gorayeb logged in a point for PLDT.

On the other hand, two Lady Skippers barged in double-digit territory, as Abil supplied 11 points on top of 19 excellent digs and 17 excellent receptions. Permentilla came off the bench and managed 10 points spiked by two aces to go along 11 excellent digs.

Marinerang Pilipina fell to a 0-4 card.

PLDT will next face Cignal HD on Thursday, June 27 at the FilOil Arena. Meanwhile, Marinerang Pilipina will try to arrest their skid on July 6, as they take on Foton at the Malolos Sports & Convention Center.

Stanley Pringle continues to support Robert Bolick even in Gilas