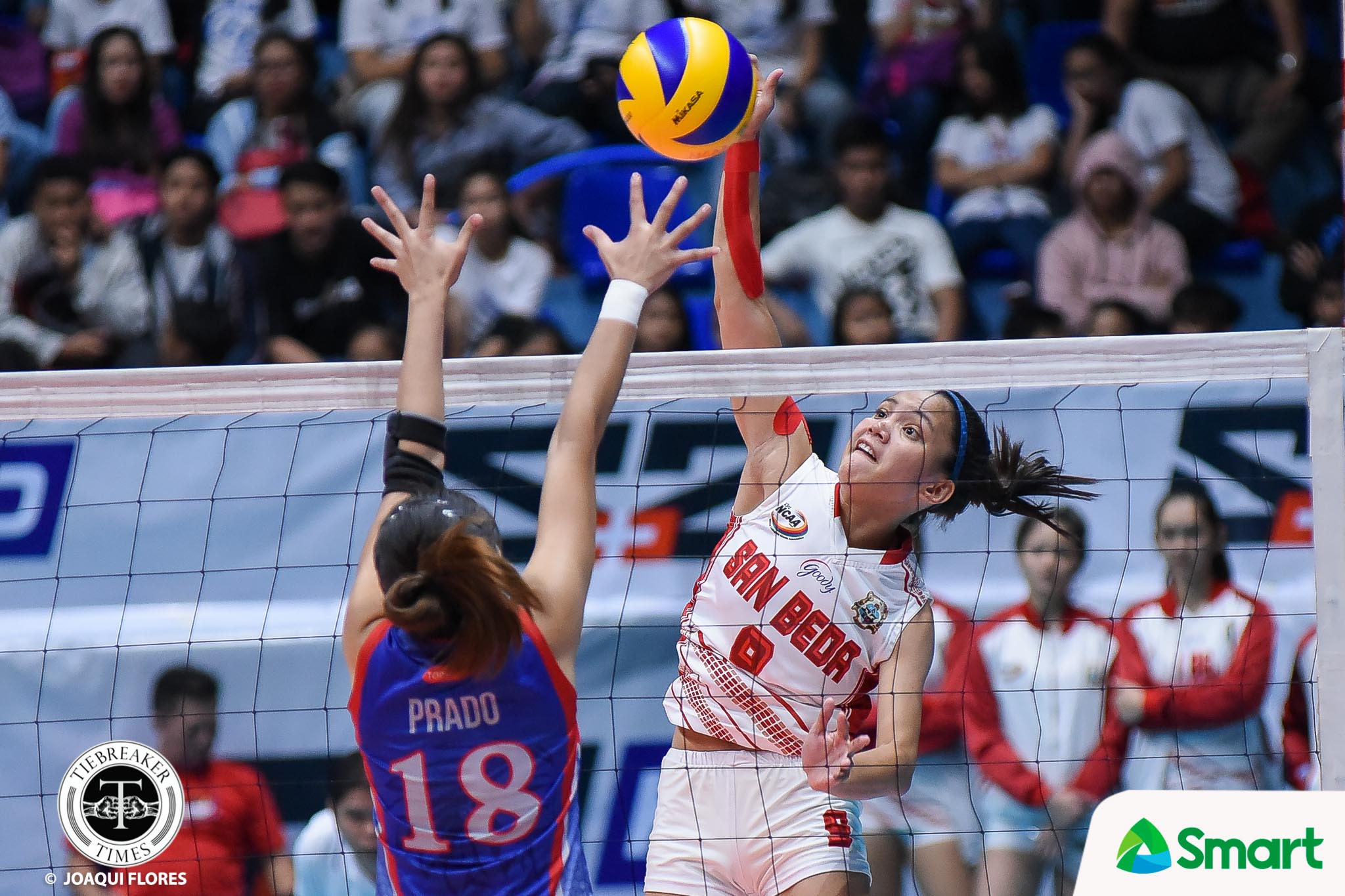 San Beda University made it known that despite the nature of their match against Arellano University, the goal was to win it.

Outside hitter Nieza Viray top-scored for the Lady Red Spikers, with her 17th point of the match clinching the win. Twin sister Ela Viray chipped in 12 markers, while captain Cesca Racraquin ending up with 16.

The first set was a forgettable one for the Lady Red Spikers, as they succumbed to a slew of errors. Perhaps buoyed by the situation, the usually-efficient team had miscues from the very same area that is their forte – the service line.

Nonetheless, with their service on point – disrupting the passing patterns of the Lady Chiefs – the Lady Red Spikers then took points from transition and net defense.

It was Arellano who took the first match point advantage off a Necole Ebuen kill – her 23rd point of the contest – but San Beda were still able to end it in transition. They then set up a Nieza Viray finish to ultimately end the nearly two-hour contest.

The goal was to get one past Arellano, and it was mission accomplished.

Despite the need to beat the Lady Ciefs again twice in the Final Four to make a return trip to the Finals, the young mentor has confidence in his team.

The Lady Chiefs and the Lady Red Spikers both end the eliminations at 8-1, with the defending champions finishing in second place due to superior match points. It is the College of Saint Benilde Lady Blazers, also at 8-1, who take the number 1 seed in the semifinals on that regard.

The semifinals match between last year’s finalists is slated on January 22, next Tuesday, at 2 pm. 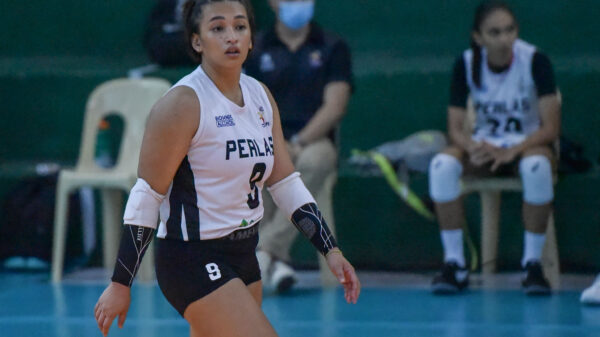