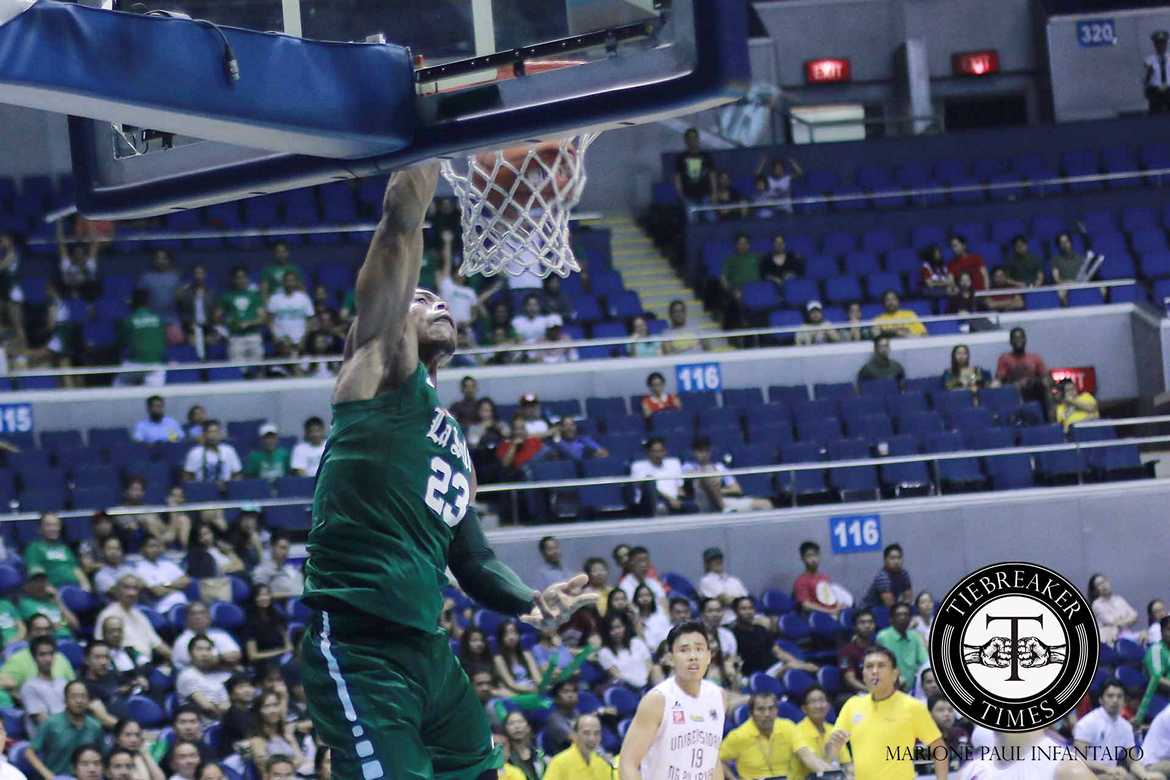 Ben Mbala took over the second game of Saturday’s double-header, turning the Smart-Araneta Coliseum into his own personal stage.

The Cameroonian student-athlete together with the De La Salle University Green Archers dominated the hapless University of the Philippines Fighting Maroons all game long in an 89-71 Saturday evening at the Smart-Araneta Coliseum in Quezon City.

The 21 year old big man was unstoppable, finishing the game with season-high 30 points on a highly-efficient 12-of-15 shooting clip to go along with 14 rebounds and two swats. Moreover, he put on a scintillating performance in slamming three dunks in the game.

“Well, it’s just a work in progress,” Mbala said. “I’m just happy with the win. I feel that I still have a lot to improve on to play better.”

Moreover, defense was the name of the game for La Salle as the Green Archers forced UP to 34 turnovers that led to 34 points.

“We just played our game especially on defense,” La Salle head coach Aldin Ayo said. “We put on the effort.”

With UP cutting the lead to 46-40 early in the third frame, the 6’7 big man anchored the La Salle defense and allowing UP to score just two points in a six-minute stretch.

Sophomore Jollo Go then picked up were Mbala left off, scoring eight points as well that included a long triple, to extend La Salle’s lead to a game-high 26 points, 76-48, with 54 ticks remaining in the quarter.

The Fighting Maroons continued to struggle in the final frame against the Green Archers’ “mayhem” defense even with La Salle’s third stringers on the floor.

Abu Tratter and Jeron Teng added 12 points each in the win.

For UP, Paul Desiderio was the high point man with 21 points and was able to grab seven rebounds. Jett Manuel chipped in 13 markers.