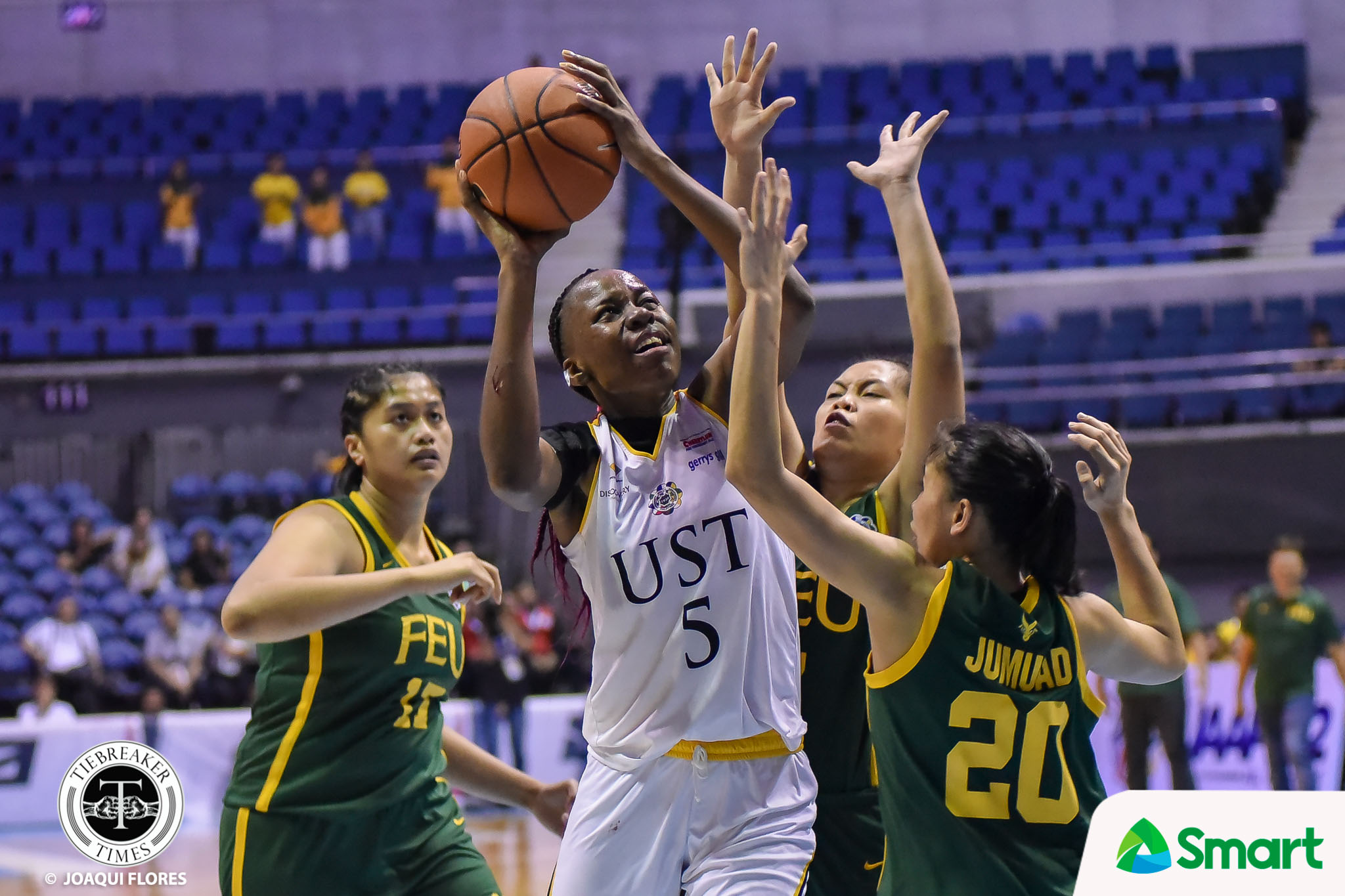 Grace Irebu willed University of Santo Tomas to its first Finals appearance in 13 years, staving off Far Eastern University with a 76-65 victory in the do-or-die clash in the UAAP Season 82 Women’s Basketball Stepladder Semis, Saturday at the Smart Araneta Coliseum.

“We waited for three years for this to happen,” said coach Haydee Ong.

The Golden Tigresses have reached the championship round for the first time since the Peque Tan-mentored side won the UAAP Season 69 title in 2006.

The Congolese Irebu would not be denied, as she powered the Golden Tigresses with 28 points, 14 rebounds, and three blocks.

“This game was very important for us,” said the back-to-back Season MVP, who intended to get back at the Lady Tamaraws after her side’s 48-46 Game One defeat.

“We didn’t play well during the first game, but we made sure to start strong and finish strong in this game. The game was physical, but we did not give up. We executed inside the court.”

UST, however, still needed to regroup late after losing a 43-21 halftime lead. Valerie Mamaril led the fightback, cutting FEU’s deficit down to five, 70-65, with 2:20 on the clock.

Defense was the key for the Golden Tigresses to hold off their opponents. Eka Soriano made a crucial steal on Choy Bahuyan’s pass to Fatima Quiapo in the final minute to douse the run.

Soriano and Irebu then iced the game at the free throw line, and UST celebrated in jubilation.

“The program has no shortcut. You have to work for it, and finally, we’re in the Finals,” said Ong. “This is a tribute to the Thomasian community and to everyone who supported us along the way.”

Lon Rivera unfurled 13 points and five boards for the Golden Tigresses. She even held back tears as she expressed her gratitude to their mentors.

Soriano also got 11 points, four rebounds, and two steals after her ejection back in Game One.

Mamaril topscored for FEU with 23 points, four rebounds, three assists, and two steals in the defeat.

Clare Castro also saw her collegiate career end with a bronze medal as she was held to just nine points, six rebounds, and two blocks.

UST marches on to the best-of-three Finals against the unbeaten, sixth-title-seeking National University. Game One is on Wednesday at Mall of Asia Arena.