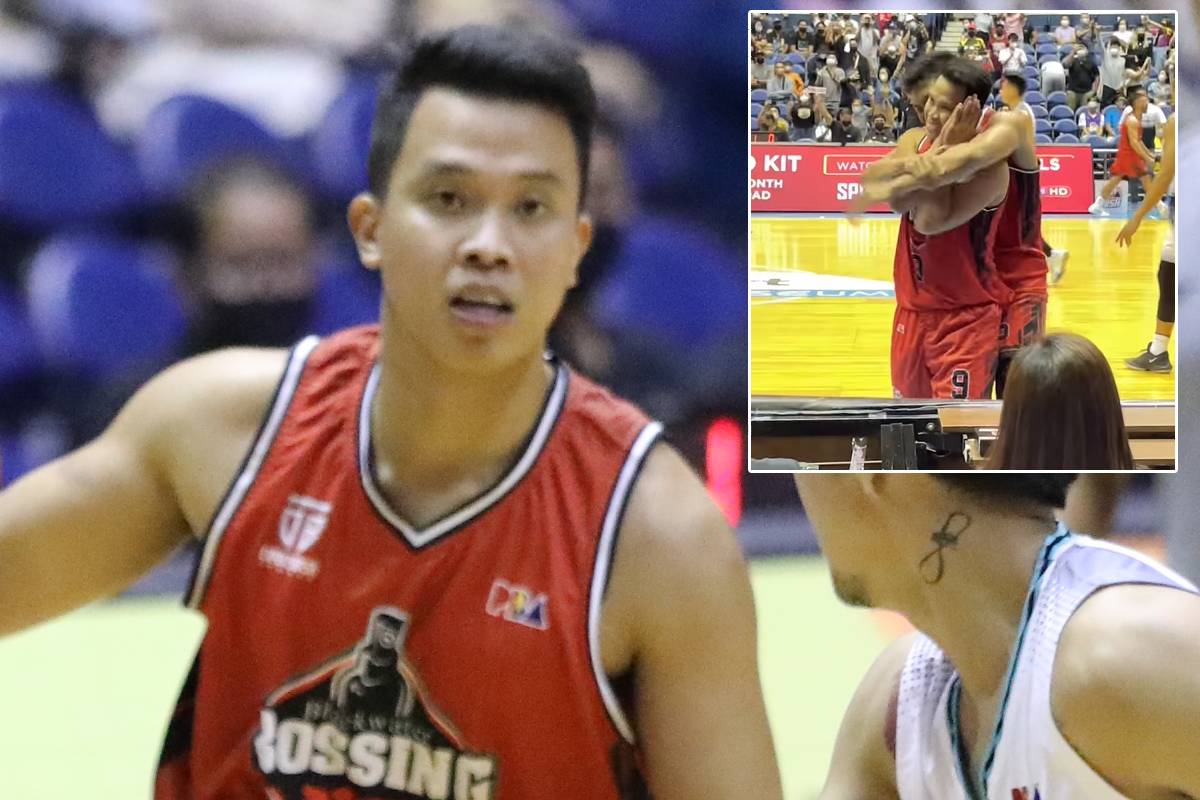 It all started out as a playful ribbing among teammates prior to the game, thus the wonder on Baser Amer’s part that it actually turned out to be true.

The heady playmaker pulled off the infamous ‘Night. Night’ celebration once again as he nailed a difficult go-ahead jumper with 2.1 seconds left that eventually led to Blackwater’s pulsating 91-89 win over Phoenix on Friday.

According to the 29-year-old, his fellow Bossings teased him during warmups of doing that stunt again, which he did firstly against former team Meralco last June 30 upon nailing the cold-blooded game-winner off the glass.

It really is a rare occurrence for one to nail game-winning shots twice in a row. And that, for Amer, is all thanks to the trust head coach Ariel Vanguardia has in him despite not being in the usual against the Fuel Masters.

Blackwater did the very same play it executed versus the Bolts — Amer received the inbound, went through an Ato Ular screen, and let him come up with the best possible option to turn that particular scheme to two points.

And in both instances, one of San Beda’s all-time greats decided to take matters in his own hands, and did not fail to deliver as it led to victories.

Big thanks to Amer, the Bossing’s surprising win streak has stretched to four, keeping their hold of the third spot of the standings firmly.

The seven-year pro, though, just feels blessed that he and the team were able to hurdle another challenge that ultimately led to their fifth win in six games.