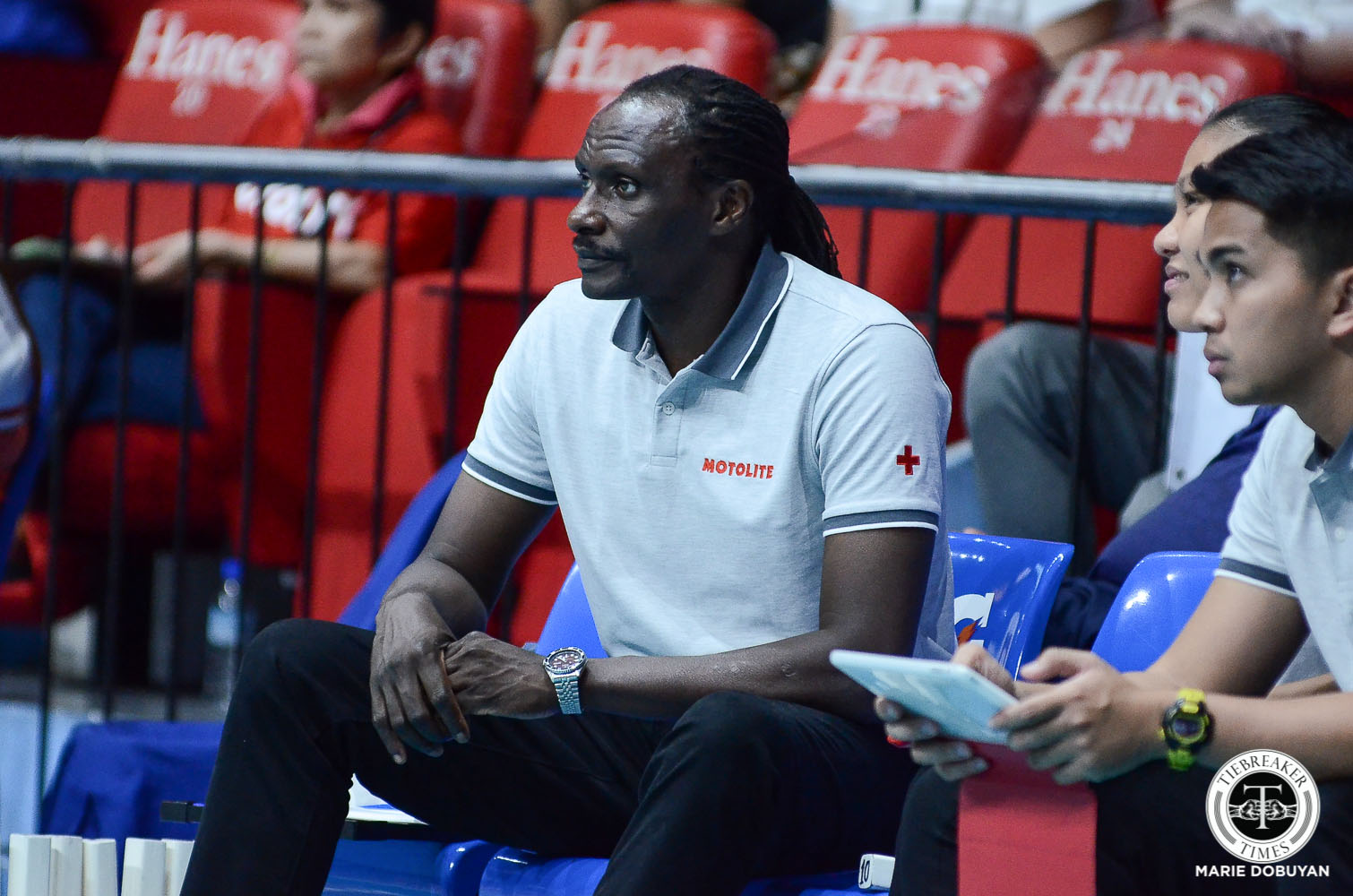 Beyond their fourth straight win in the 2019 PVL Open Conference, Godfrey Okumu is elated that facing a team as experienced as PacificTown–Army gave his Motolite an opportunity to test their character, Sunday evening.

“As I say, it’s not easy to beat an experienced team as oppose[d] to our young team. But it brought up a character of fighting against an older and experienced team,” Okumu said.

The troika of Myla Pablo, Isa Molde and Tots Carlos eventually showed the way down the stretch in the decider. Before that, though, Motolite had to endure a strong threat from the Lady Troopers.

PacificTown–Army had their backs against the wall in the fourth frame, staring at a 1-2 set deficit. The Lady Troopers then displayed their composure and maturity.

The Lady Troopers shrugged off fatigue, flaunting their veteran smarts to keep pace with a relatively younger Motolite team. Knotted at 20 in the fourth set, Jovelyn Gonzaga and Ging Balse-Pabayo fortified PacificTown–Army’s wall. They stifled the opposition that paved the way for a decider.

Though Gonzaga and the rest of the Lady Troopers lost steam at the critical juncture, the way they used their experience to their advantage gave Okumu and his wards quite a difficult time.

Given what he has seen from the battle-tested crew, the Kenyan mentor would like his youth-laden squad to pick up a thing or two from the veterans.

“The Army team, they have a lot of experience and their experience gave us a very hard time. I hope that as time goes by, we’ll get that same experience.”