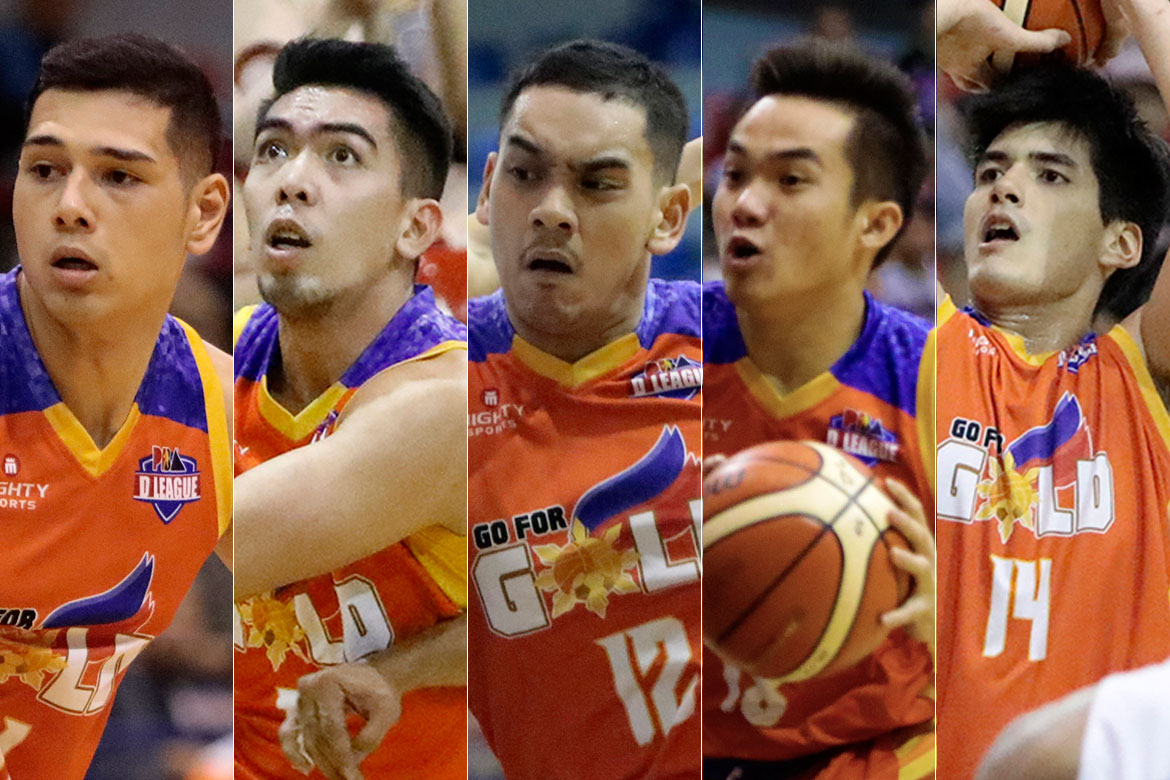 Last August 23, another PBA D-League season formally closed. With this, the next step for the aspirants is the 2018 PBA Rookie Draft.

This year’s draft class is expected to be one of the deepest in league history, as for the first time in a long while, UAAP student-athletes – who have already met their D-League residency – will be eligible for the draft.

And for the young core of D-League Foundation Cup champions Go for Gold Scratchers, they are hoping that their final campaign in the second league proved that they deserve to be on the big stage.

Two of the most surprising players for the Scratchers are Matt Salem and Kris Porter.

Salem, who was known as a stretch forward back in National University, showed that he can be an all-around player as well with norms of 10.3 points, 5.2 rebounds, 2.5 assists, and 1.2 steals.

But the 6-foot-4 Salem believes that he still has a long way to go before reaching the professional level.

“To get to the professional level, I still have a lot to learn. This was a good experience for me. I learned a lot from coach Charles [Tiu]. He did a lot for me but it’s still a long way to go from what he wants me to be,” he expressed.

“I’ll put my name in the draft, I’ll take a swing at it. I’ll work until the draft comes, which is just a few months away.”

Porter, who stands at 6-foot-5, saw limited minutes during his stay in Ateneo. But in his two conferences in the D-League, he showed that he can keep up with the big boys.

#ReadMore  AJ Coronel will not have a hard time looking for a job, says Frankie Lim

“Yes, most definitely,” shared Porter – who averaged 9.9 points on 48 percent shooting, 3.8 rebounds, and 1.5 assists this conference – regarding the draft. “One of the reasons why I wanted to play really hard in both of my D-League conferences is because I didn’t get a lot of exposure when I was in Ateneo.

“I wanted to prove to every one that I could play at the next level.”

Then there’s Vince Tolentino and Ron Dennison – both of whom are proven winners.

The 6-foot-4 Tolentino is aiming high, as he has continuously proved that he is willing to do the dirty work for any team – and it has resulted in gold.

“It’s hard work. Hard work really pays off. I learned that in Ateneo and I’ll always carry that with me. It’s proven that you can achieve anything if you put in the work,” reflected Tolentino, who had averages of 7.7 points, 5.3 rebounds, and 3.5 assists.

“Hopefully, next is a PBA championship. We’ll see what will happen but that’s the goal.”

Same with Dennison, a pesky 6-foot defensive specialist, who had norms of 7.5 points, 4.1 rebounds, and 2.8 assists per game.

“Plus points na rin sa’kin yun na may championships ako, na may attitude din ako as a winner,” quipped Dennison, as he has won championships on all levels.

Out of the five, Paul Desiderio is still not thinking about the draft, as he still has unfinished business with the UP Fighting Maroons.

But all five players have definitely increased their draft stock with their stints with Go for Gold.