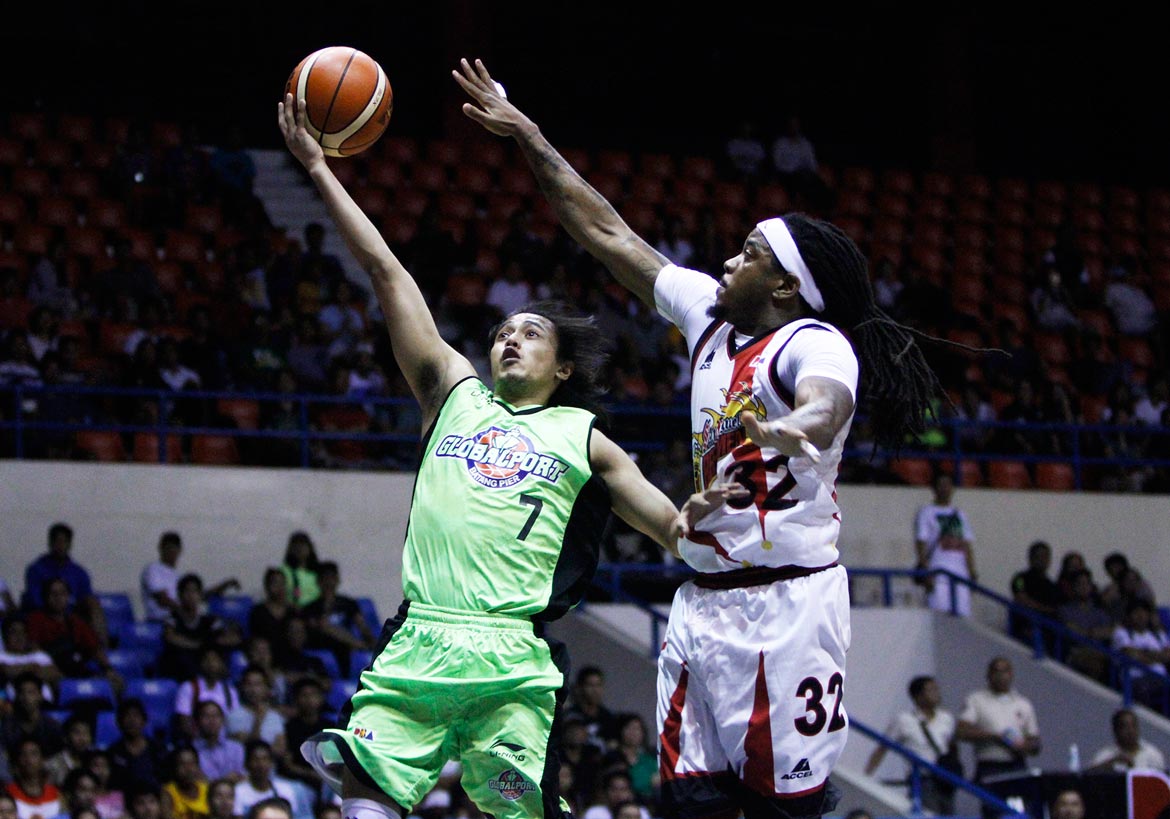 The team clad in neon green dictated the tempo right after the opening tip, exploding to a 12-1 run midway into the opening frame. With the Romeo-Pringle duo doing everything on the court – dropping buckets, dishing out assists, and playing the passing lanes – Batang Pier wrapped up the quarter in their favor, 23-8.

The Beermen, however, regained their touch in the offensive end during the second quarter. Down by 12, 39-27, with less than four minutes remaining, veteran import AZ Reid sparked a commanding 14-2 scoring spree to help San Miguel get back into the game. The first half ended with a slim two-point lead by Globalport, 41-39.

Globalport came out strong in the third canto, converting a 45-all knot early to a wide eleven-point lead, 61-50, after a Romeo-led 16-5 run. SMB, meanwhile, closed in by four, 70-66, after a Gary David reverse, but a triple from Joseph Yeo helped Globalport end the quarter with a seven-point advantage, 73-66.

San Miguel went down by just a basket, 84-82, late in the final frame after a June Mar Fajardo basket, but Globalport’s offensive prowess was too much, widening the gap to six, 94-88, after a Pringle jumper. SMB scored four more, 94-92, but Romeo took over, scoring off a lay-up and pair of charities to seal the win, 98-92.

“Our players played good in the first half. And when San Miguel came back, they responded naman,” said Globalport head coach Johnedel Cardel. “We told the boys at the half that we have to play 48 minutes of basketball to win this,” he added.

Reid led all scorers with 41 big points for San Miguel.

Tankoua tears ACL, ruled out for the season

Madanly drops 30 as TNT makes it six straight over Phoenix