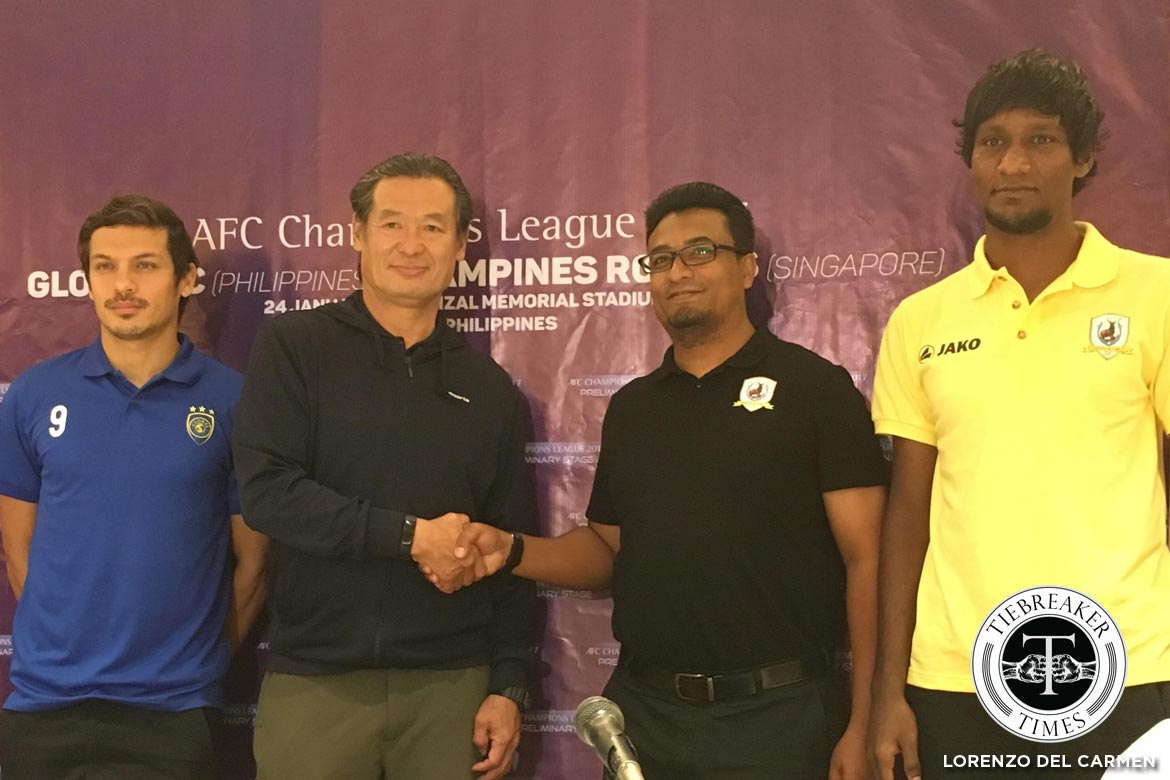 Tomorrow, January 24, 2017, is a new chapter for Philippine football’s tale.

Representing the Philippines will be the 2016 United Football League and Cup champions Global Football Club.

Global shall enter the competition at the first preliminary round in a knockout clash with Singapore club Tampines Rovers FC. Both teams faced off last year in the 2016 Singapore Cup and Global lost both games in the tie with scorelines of 1-3 and 1-2.

“We will try our best and hopefully do our best tomorrow,” commented Global striker Misagh Bahadoran.

“Of course, Tampines played us two times and we lost, but that was in their home in Singapore so we promise you guys we will give them a good fight tomorrow.”

Despite the past wins, Tampines coach Akbar Nawas wasn’t taking Global lightly. Nawas noted that Philippine football has grown in the last few years and he expected Global to provide quality opposition to his team.

“We played Global last year and last year is a long time ago. It could be a different team, a different set of players, different coaches so we’ll just have to wait and see how the game goes,” explained Nawas.

For Global, tomorrow’s fixture is also significant not only because of the ramifications but also due to it being new coach Imai Toshiaki’s first game on charge of the Dan Palami-managed club.

“I came to the Philippines four days ago. I can’t say anything in detail about the match, but I know our players have the ability. Now [that] I [have] coached them, we are cooperating together and it’s a good combination. I think they’ll show a good performance tomorrow,” narrated Toshiaki.

In contrast, Tampines already had two practice games in preparation for the new S.League season which will start in February.

Nawas shared “We’re still very much in the early season of our preseason phase. Our training games, where we will be looking to meet our training objectives instead of calling it a friendly game.”

“Definitely when we are playing Global this time around, we would give it a go and see what happens,” added Nawas.

While the circumstances aren’t kind to Global, Bahadoran promised that the team shall go all out tomorrow.

“Once you step on the pitch there’s no excuse. We have to go full power. We do our best even though there are some problems there and there. We will still fight,” concluded Bahadoran.

The game is set to be be played at 7:30 PM at the Rizal Memorial Stadium in Manila. The winner advances to the next stage, facing Brisbane Roar in Australia next month.