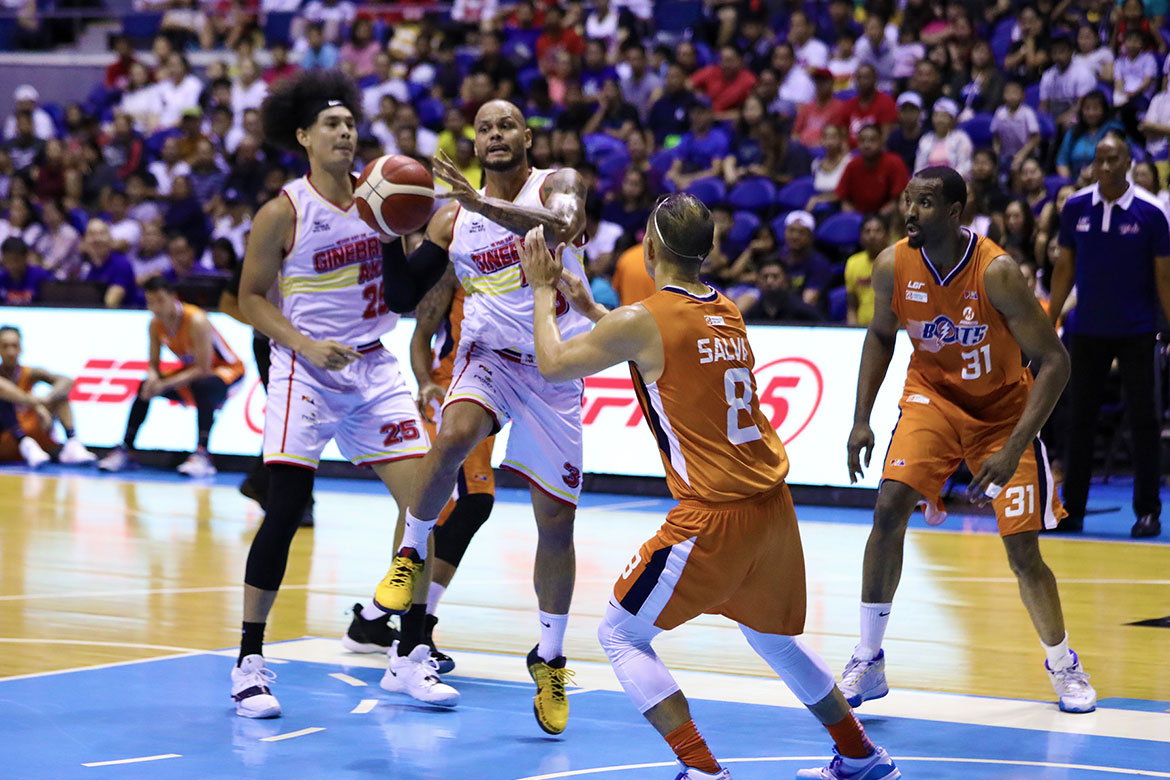 After Ginebra head coach Tim Cone credited him, lead assistant Richard Del Rosario said that he wasn’t the one who made the difference in their win over the Meralco Bolts on Sunday, but rather Cone’s message to the team at the half.

The Bolts were beating the Gin Kings in the first half, which saw Ginebra buried by 15 points. It left Cone frustrated enough to sit on the bench and allowed Del Rosario and his fellow assistant coaches to call the shots.

Del Rosario didn’t delve deeper into what was said. But Sol Mercado shared what the Grand Slam coach told them.

“I mean, he pretty much told us that they were bullying us, you know? And that we’re playing soft and they’re playing a lot more physical than us. So I mean, we have all these fans that come out and watch us and support us,” Mercado said.

“We don’t wanna sit there and look like we’re getting bullied by these other teams, you know.”

With that, the crowd darlings recovered from their slumber and came out with more fire. They started the third quarter with 12 straight points, quickly erasing the 11-point halftime deficit. Ginebra cruised the rest of the way.

The Gin Kings went on to lead by as many as 16 in the fourth quarter and would go on to win, 110-95. They bounced back from their loss to Blackwater Elite last Friday and entered the 2019 PBA Commissioner’s Cup win column.

Even Mercado himself was motivated by that talk. He finished with 14 points – including 11 in the second half – with eight assists, five rebounds, and a steal. He also Player of the Game honors along the way.

Beyond his own outing, though, Mercado is glad to see a well-rounded performance by his team. Four other Gin Kings finished in double figures, unlike the game versus the Elite, when it was only Justin Brownlee and Greg Slaughter.

“Everybody was touching the ball, we’re having a lot of player movement. We’re hard to guard. I’m not sure how many guys we had in double figures, but that’s how we need to play every game. It’s everybody touching the ball,” he said.

“We can’t be Justin-reliant so much, you know. We gotta have other guys step up.”