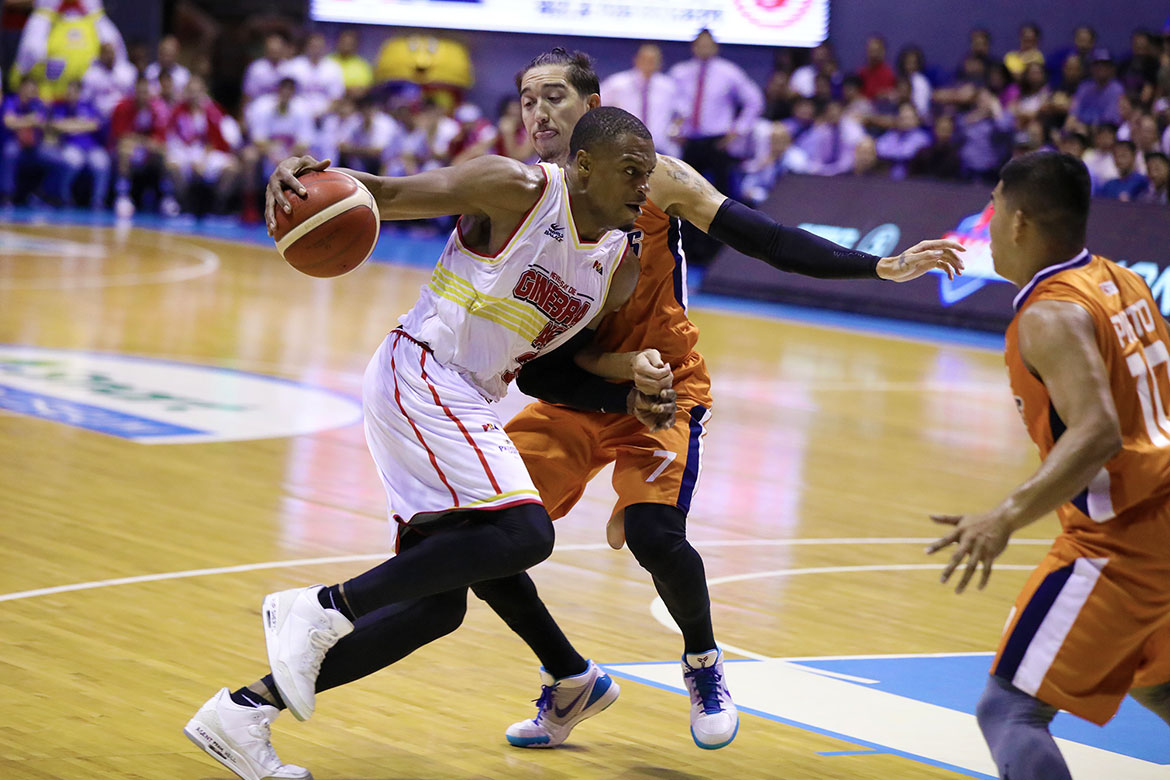 Itching to avenge their loss to Blackwater two nights ago, the Barangay Ginebra San Miguel stormed back from a huge deficit and left Meralco in the dust, 110-95, for their first win in the 2019 PBA Commissioner’s Cup, Sunday night at SMART Araneta Coliseum.

The Gin Kings fought back from 15 down in the second. They then opened the third canto with 12 straight points to snatch the lead, which was all they needed to gain the upper hand. They went on to lead by as many as 16 in the final canto.

Scottie Thompson flirted with a triple-double of 11 points, 10 assists, and seven rebounds in the win.

Ginebra got their act together after head coach Tim Cone gave them a silent treatment during the first half. He made his deputies, led by Richard Del Rosario, call the shots in his place while he sat on the bench frustrated.

“I shouldn’t be the one talking to you guys. Richard and the staff did most of the talking and most of the coaching in the second half, and the players responded very well. Couldn’t be prouder,” said the decorated mentor.

“We played about as badly as we could in that first half, we just didn’t look like we had any fight whatsoever. It was so discouraging. And they talked about it at halftime, and they came out and played with so much fight in the second half,” he added.

Gani Lawal had 38 points and 20 rebounds to lead the Orangemen, who have now fallen to 1-2.

Baser Amer was his only support with 10 points, five assists, two steals, and a rebound over 30 minutes.

The Gin Kings will look to get going versus NorthPort Batang Pier on Saturday, June 1, while Meralco will aim to get back on track versus Rain or Shine Elasto Painters on Friday, May 31. Both games are at SM Mall of Asia Arena.