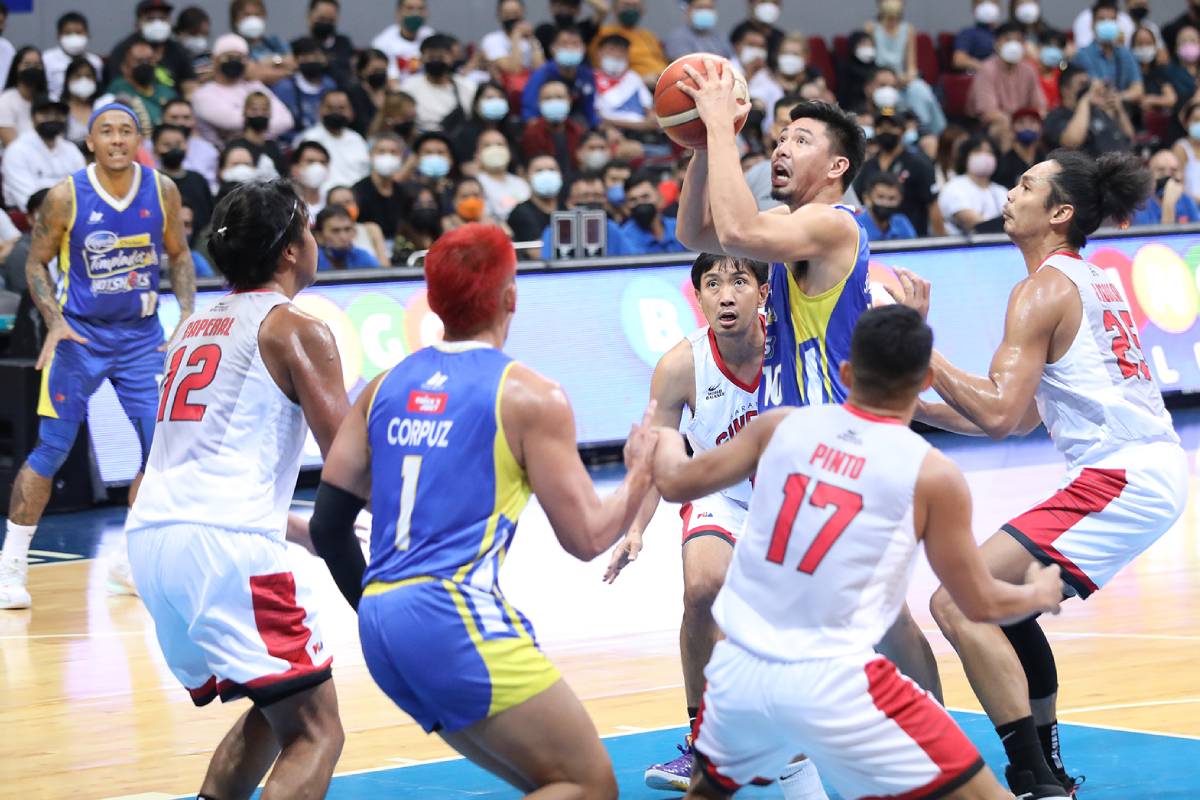 Magnolia survived the ejection of Calvin Abueva and downed Ginebra, 89-84, to conquer another chapter of the Manila Clasico rivalry in the 2022 PBA Philippine Cup, Sunday night at the SM Mall of Asia Arena in Pasay.

The Hotshots lost the reigning BPC with 9:15 left to play after incurring his second technical foul of the night. But Ian Sangalang and Co. held the fort and eventually returned to the win column after losing to San Miguel last Friday.

Not only did the perennial contenders victoriously conclude a grueling week that saw them play thrice on five days, they also beat the crowd darlings for the fourth consecutive time — a streak that began in the 2020 all-Filipino tilt.

Sangalang finished with a game-high 24 points on 64.7-percent shooting for his best outing of the season yet. He also had nine rebounds.

Jio Jalalon produced 19 points, six assists, four rebounds, and three assists as he continues to step up in the absence of Paul Lee, who’s now sat out the third time in the five games they’ve played so far due to back spasms.

The do-it-all playmaker helped out in warding off the Kings, joining hands with Aris Dionisio and Rome Dela Rosa for that 7-2 finishing kick to break the 82-all deadlock and save themselves from a 14-point meltdown.

“Sobrang salute ako sa mga players ko. We talked about adversity, the challenges. We played three games in the last five days, and we played elite teams. Our goal is two out of three, nagawa namin,” Victolero said.

Magnolia will now have the luxury of rest before battling Phoenix Super LPG on Friday, June 24, 3 p.m. still at the MoA Arena.

LA Tenorio led Ginebra with 15 points on 15 shots in the defeat, their first after registering back-to-back wins to open the conference.

Scottie Thompson had 13 points and eight rebounds. Christian Standhardinger made 12 points and 10 rebounds, while Prince Caperal added 10 markers for a Ginebra side that lost Stanley Pringle to a hamstring injury in the third.