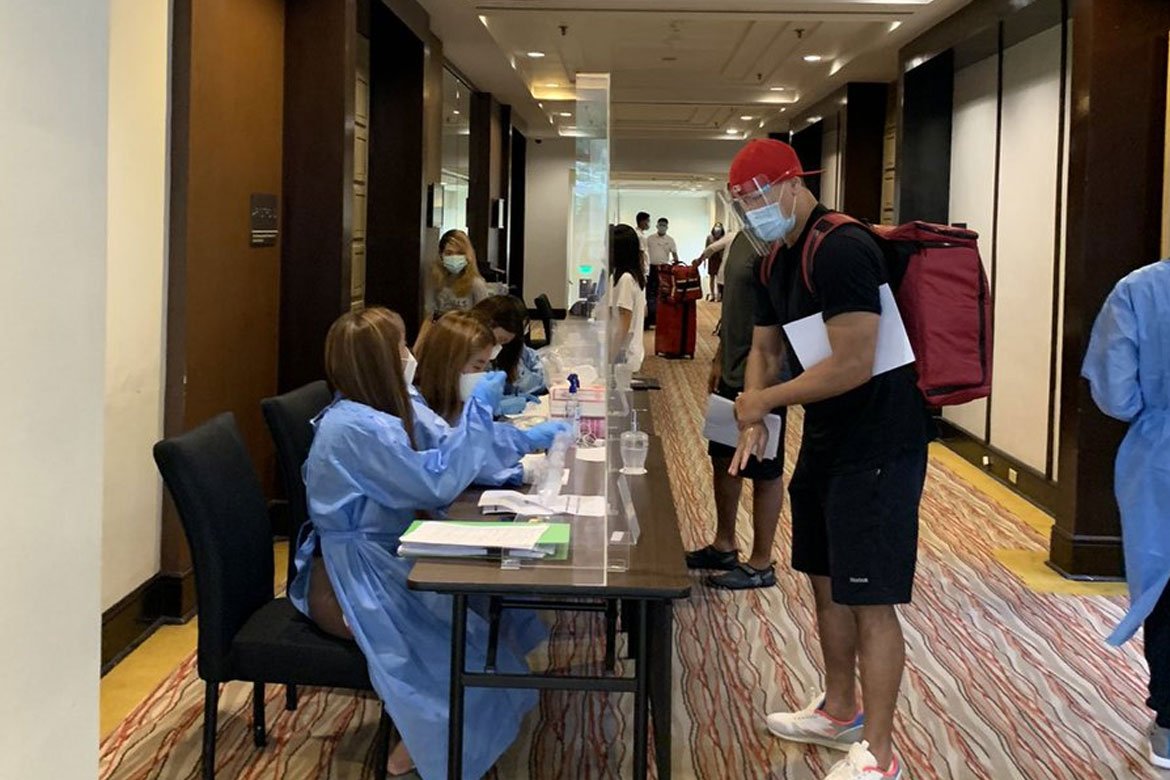 The Gin Kings arrived in Quest Hotel in Clark, Pampanga at around 2:00 PM in the afternoon, Tuesday.

The Tim Cone-mentored squad will boast a complete lineup sans Slaughter, who opted not to re-sign with the team early this year.

One of the favorites to win it all, Ginebra is looking to end a 13-year drought in the All-Filipino conference.

Tim Cone sees this as a wide-open race, though, with everyone looking to end San Miguel’s dominion over the conference.

“I think it’s a wide-open field. Probably for the first time in five, six years, the All-Filipino is up for grabs. I don’t think there’s a decided favorite out there but I think any team can step up,” Cone told Coaches Unfiltered.

“I’m saying that in all honesty. You say that in previous conferences but at the back of your mind, you say, ‘Oh, it’s still San Miguel’.”

This might be Mark Caguioa’s last run as a Gin King as well.