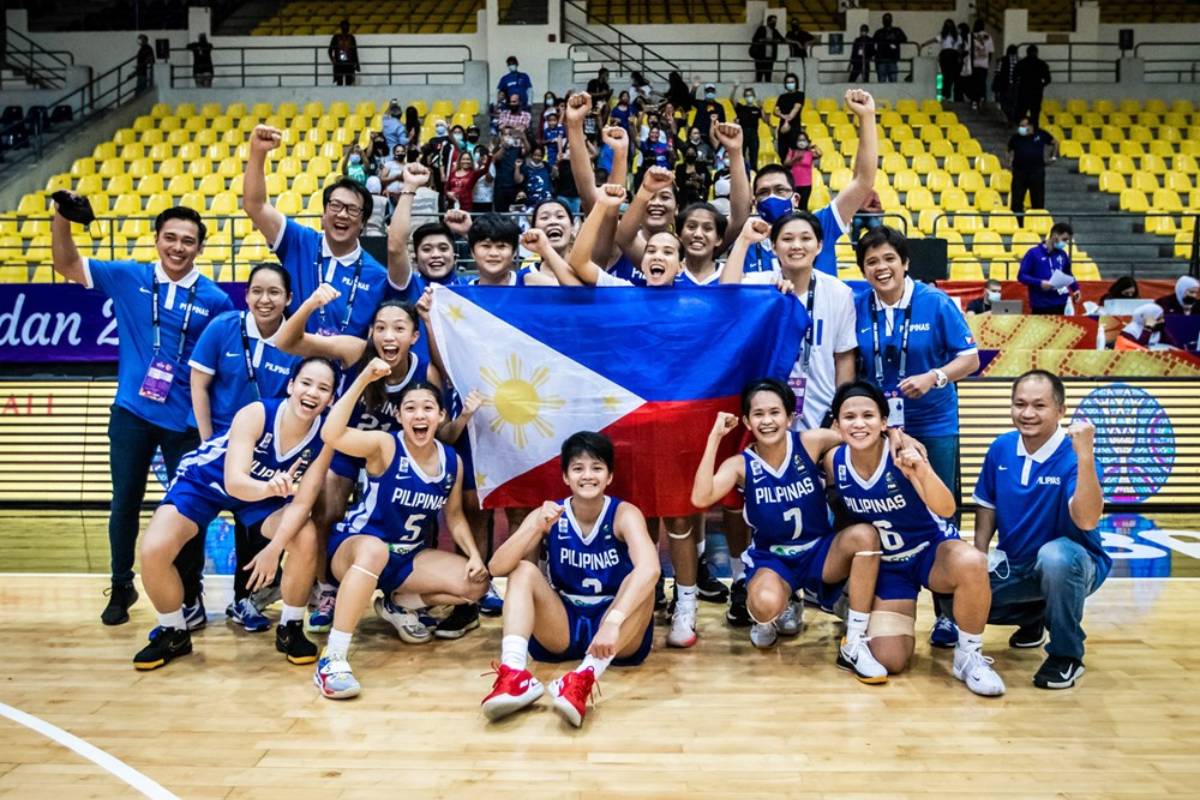 Khate Castillo and the rest of Gilas Pilipinas Women’s young guns did not put to waste the work put into by Afril Bernardino and Andrea Tongco six years ago.

Not today, they said.

Despite figuring in three morale-busting losses the past three days, Gilas still found the resolve to pick themselves up against India in the 2021 FIBA Women’s Asia Cup battle for seventh game. They took a 74-70 victory to remain in Division A, Friday morning (Manila time) at the Prince Hamza Hall in Amman, Jordan.

“I’m very, very happy with the girls because they never stopped competing,” expressed Gilas head coach Patrick Aquino. “The past three games, we were struggling. But today, they remained together.”

The De La Salle University product – who currently plays for Glutagence Glow Boosters – knocked down back-to-back treys to give the Philippines a good cushion. Of course, one of the assists came from a Tongco assist.

Shireen Vijay Limaye and Pushpa Senthil Kumar still sliced the lead down to four with 45 ticks left. But India did not have enough weapons in its arsenal to close out the game as the loss relegated it to Division B. 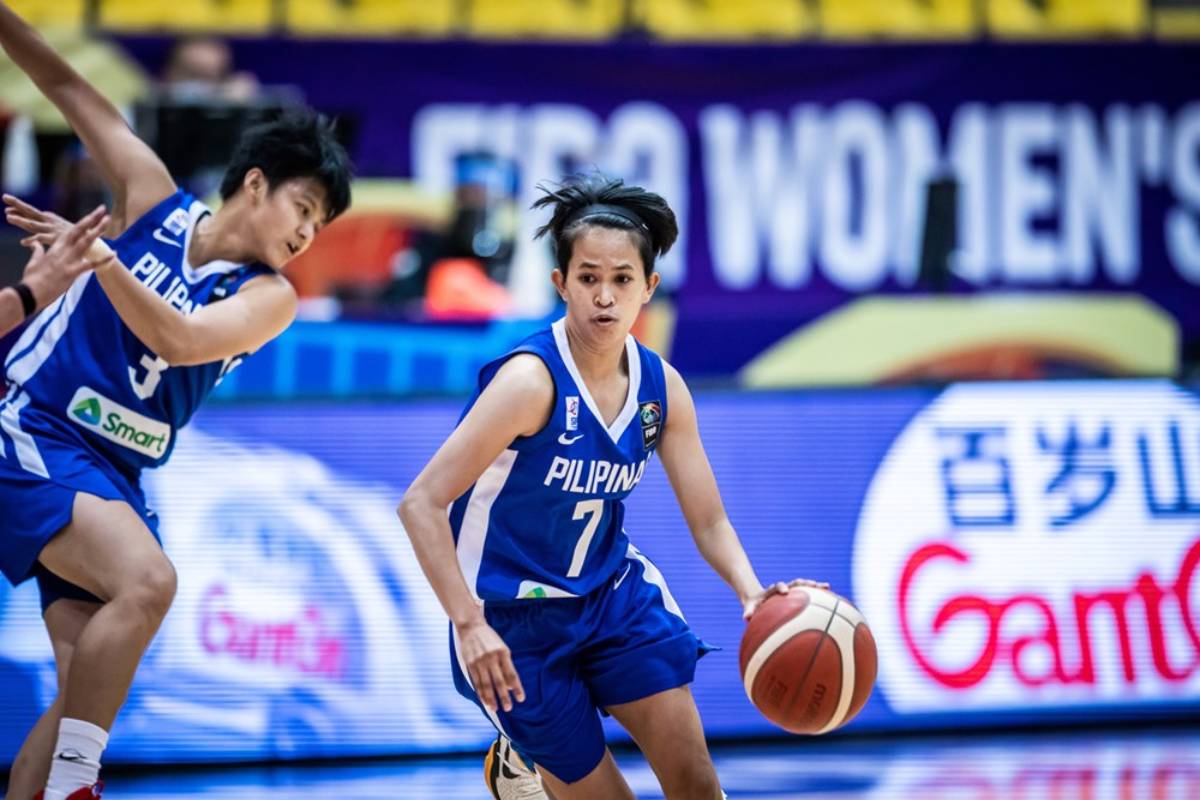 It was reminiscent of their 2019 game against India. That saw Gilas take a 92-78 win also behind the shooting of Castillo and Pontejos.

“Every time, we have a game, I know Khate would be stepping up. I just told her to play her game and take the shot if you’re open,” said Aquino.

“Same thing that happened in 2019. Back then it was Ria [Nabalan] and Khate with Janine also,” the tactician continued as that trio combined for 12 triples in that 2019 game with Castillo knocking down five.

It was an emotional victory for the Filipinas, who only had two weeks to train for the tournament due to strict quarantine measures in the country. They also had no tryouts due to travel restrictions. Then they were handed crushing losses by China, Australia, and Chinese-Taipei – defeats that had an average margin of 65.33 points.

And the Filipinas were sluggish in the first half of the contest against a team that they blew out just two years ago in the very same tournament, falling behind 34-39.

In the third quarter, Gilas Women were able to turn things around with their scrappy defense; the sniping of Castillo and Pontejos; and, of course, the heart of Bernardino. 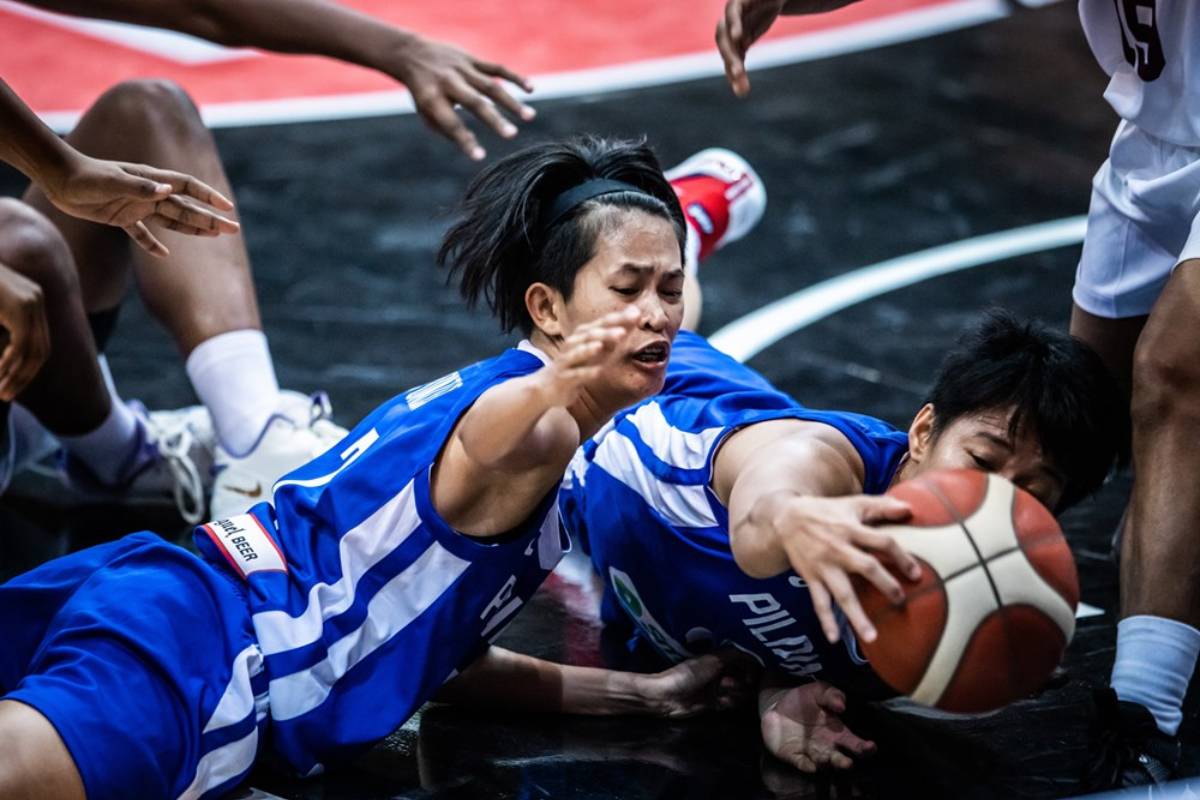 Gilas Women’s surge continued early on in the final frame. They led by as much as 11 points, 67-56, behind big baskets Chack Cabinbin and Camille Clarin.

India was still able to cut the lead down to two. Then Castillo decided to take over.

On the other hand, Pushpa Senthil Kumar paced India with 15 points and 12 rebounds. Limaye had 10 points, 13 rebounds, four assists, and three steals.