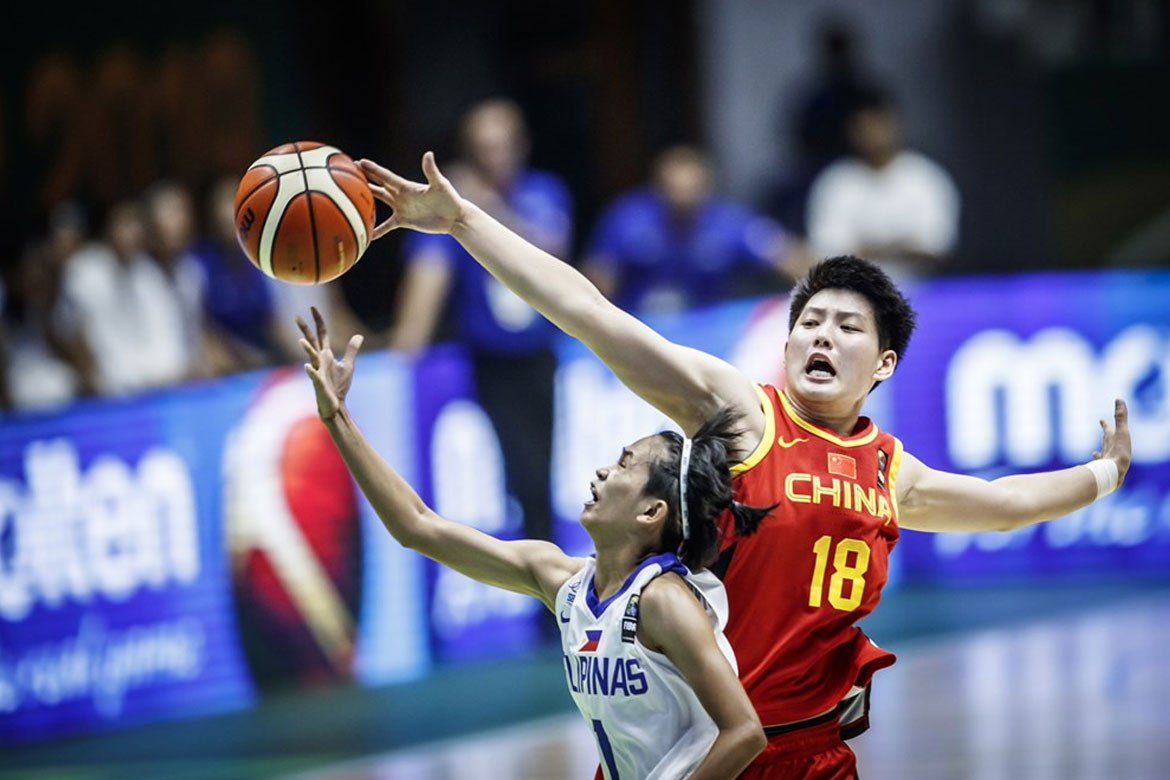 Facing another powerhouse, Gilas Pilipinas Women’s gave it their all but still suffered another lopsided defeat, receiving a 57-104 beatdown at the hands of China, Wednesday at the Sree Kanteerava Indoor Stadium in India.

After an early deficit, the Filipinas fought back early in the second frame. A Janine Pontejos triple then put the Philippines within seven, 20-27.

However, the Chinese responded with a 14-0 spurt to gain a double-digit lead they would never relinquish.

It was a struggle once again for Gilas Women’s, as only Afril Bernardino entered double-digit territory with 10 points. Janine Pontejos added nine markers but needed 15 attempts.

All is not lost for the Philippines, as it still faces New Zealand on Thursday. At stake is the right to move on to the playoffs of the 2019 FIBA Asia Women’s Cup.