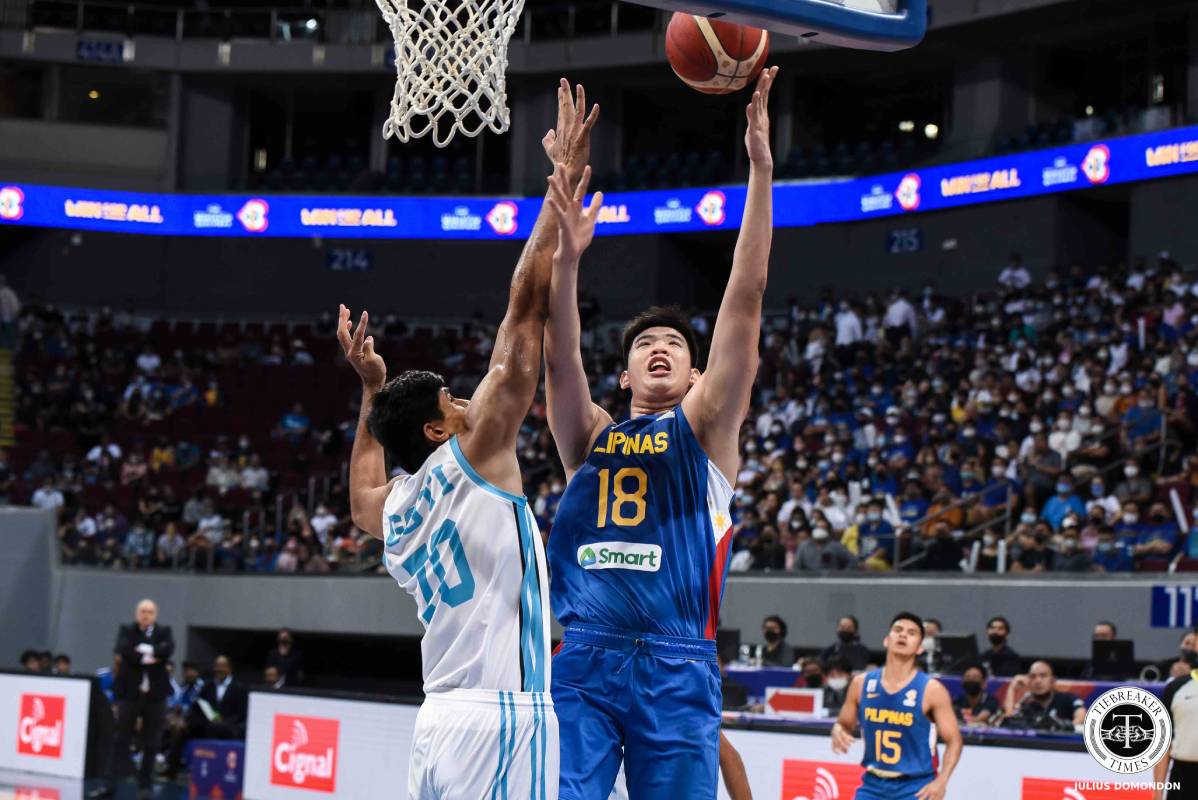 Gilas Pilipinas has been dealing with personnel woes over the past month.

The biggest of blows came days before the team left for Korea for a series of friendlies, though. The team’s rock Angelo Kouame found himself sidelined due to an ACL tear.

During the KB Kookmin Bank Invitational and the third window of the FIBA World Cup Asian Qualifiers, the Philippines only relied on one big man in Geo Chiu.

Admittedly, the 21-year-old big man out of Ateneo was both saddened by what happened with Kouame and nervous about the prospect of playing without him.

“When I heard about what happened to Ange, it was really shocking but deep down, inisip ko na lang at least naagapan ng maaga yung injury,” the soft-spoken 6-foot-8 big man recalled to Tiebreaker Times. “Good thing he had the MRI kasi baka kung ano pa ang mangyari. So I was just praying na sana he’ll recover from it soon and sana nothing worse pa ang mangyari.

“For me naman, it’s the next man up mentality that we have. We just had to continue moving forward because the tournament was approaching so fast. Kaya halos lahat kami had to adjust. Tulong-tulong naman po kami kaya kahit it was kinda hard at least I knew I had people who are there na will help me,” he continued.

“I’m aware naman na the impact of Ange is a big loss for the team kaya we just had to work even harder and work as a team.”

During the third window, Chiu played above and beyond what was needed.

Against the Tall Blacks, Chiu logged 28 minutes, finishing with six rebounds and a block. Then versus India, he played a total of 18 minutes, corralling 11 rebounds with five points.

The Ateneo lifer made sure to do his part for the team. 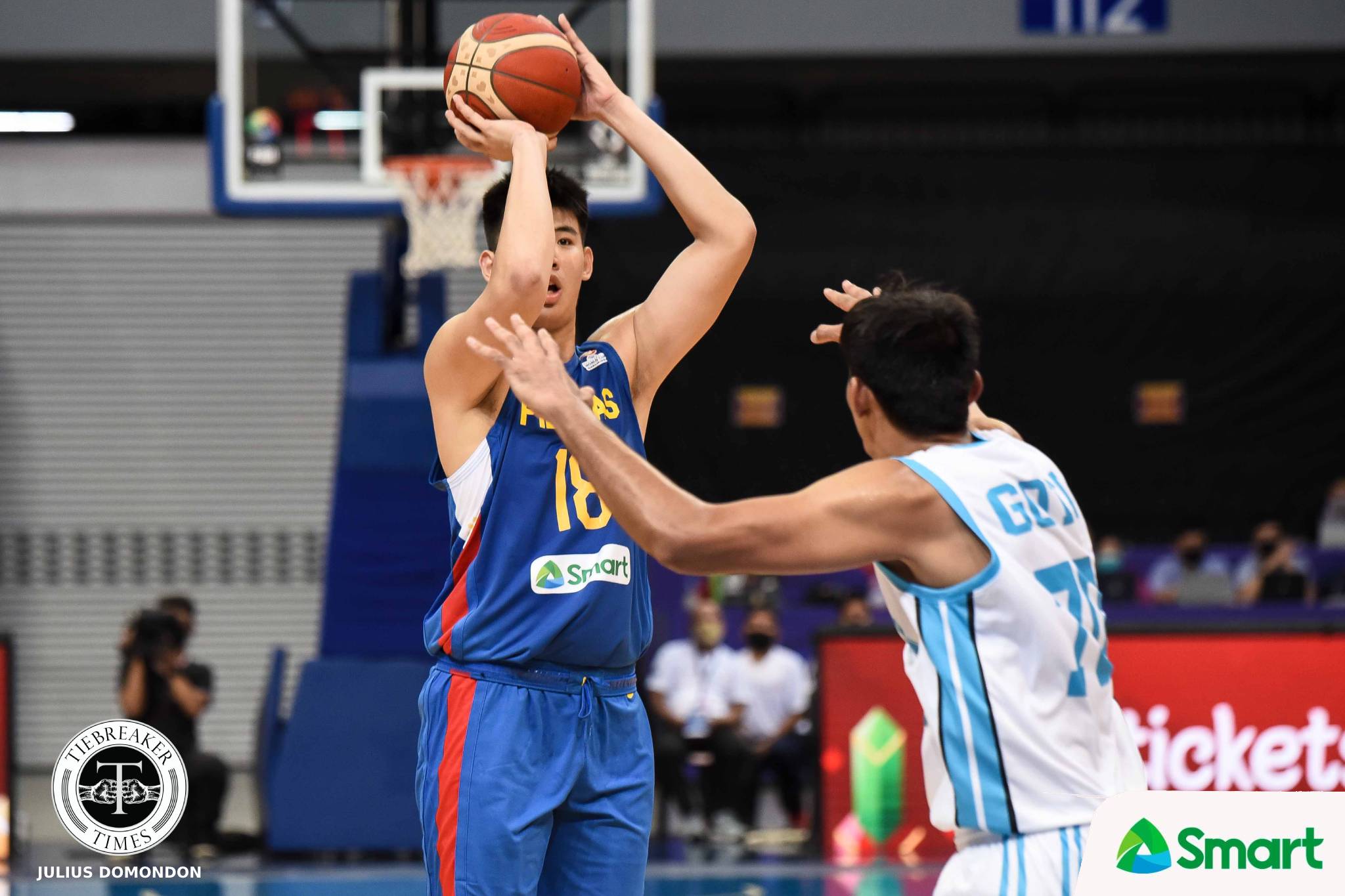 “Being the sole legit center, it was a big challenge given that I still have so many areas to improve on but it is also a great opportunity for me to get better as well as a player.

“I know that it wasn’t going to be easy but I had to make sure that I wasn’t gonna back down. My coaches and teammates are always there to help me and give advice, especially on the court which helped a lot. They just kept on reminding me to just do the little things like boxing out, crashing the boards, playing defense, and more,” he said.

“I would like to add lang also that I was always reminded even by my previous coaches or mentors to always stay ready for unwanted things and here we are, this situation naman wala namang may gusto for it to happen but this shouldn’t be an excuse for us because the whole country is rooting for us and we all wanted to make our fellow countrymen proud,” he continued.

Another challenge lies ahead in the Asia Cup which begins on Wednesday.

Again he will face the Tall Blacks and India with an added mix of Lebanon.

Though playing back up to Poy Erram, Chiu knows that he can’t relax and that he has to be ready at all times.

After all, the Asia Cup is just part of the journey to the World Cup.

“I’m happy naman with my performance but there are still so many things to work on especially now na the main goal naman is to try to be a part sa pool for the 2023 World Cup. But it’s a process and I know naman it won’t be an easy journey,” he said.

“I’m really motivated to be better as a person and as a player especially with the help of my coaches sa Ateneo, here sa Gilas and as well as my teammates na they can help me bring out a better version of myself.”