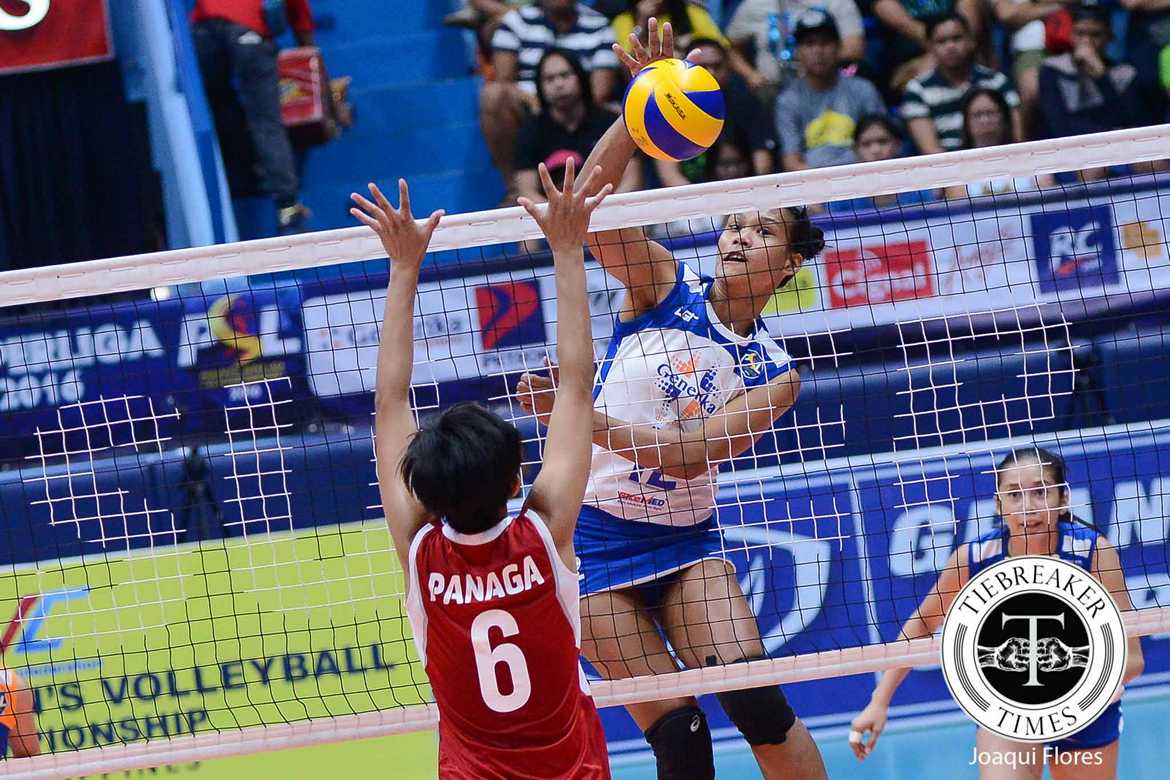 The Generika Lifesavers, who lost to the Cignal HD Spikers in the first round, exacted revenge in four sets, 20-25, 25-23, 25-23, 25-22, to open their second preliminary round of the 2016 Philippine Superliga All-Filipino Conference, today at the Filoil Flying V Centre.

Standing Generika assistant coach Rosemarie Prochina said the loss in the first round really was their motivation.

The HD Spikers held a 20-11 lead in the first set, capped by an ace by Carmela Tunay and forced Generika to call a timeout. After regrouping, the Lifesavers surged on with a 9-1 run highlighted by two of Gen Casugod’s blocks and kills by Shaya Adorador and Angelika Macabalitao to get back in the set, 20-22.

Then, a miscue by Adorador and opposite side attacks by Tunay and Chery May Vivas closed the opening set for Cignal, 25-20.

A Meneses double touch error and an ace by Jeanette Panaga then left the window open for the HD Spikers, who trailed by a point 22-23. However, two botched attacks by Vivas and Janine Navarro ended the set, 25-23, to tie the game at one set apiece.

In the third frame, the Lifesavers held a six-point lead late, 21-15, when Cignal unleashed a 6-1 run capped by back-to-back miscues by Adorador and Chloe Cortez to tie the set, 22-22, and force Coach Prochina to call a timeout. After the stoppage, two kills by Cortes and a quick attack by Ria Meneses ended the set for Generika.

Cignal looked determined to force a clincher in the fourth set, leading by as much as six, 10-4, early. Generika, however, brought itself back into the game powered by hits from Adorador and Tiu to tie the set at 18-all, also capped by a quick hit by Casugod.

HD Spiker main gun Vivas was taken out of the game at 12-8 because of a cramped left leg. Vivas, who scored 12 points, never came into the court for the remainder of the game.

The teams, then exchanged blows late until a 21-21 deadlock. A 4-1 game-finishing run via a kill by Meneses and clutch service aces by Casugod and Macabalitao gave the game to the Lifesavers.

Both squads have the Amy’s Kitchen Spikers next in their respective schedules. The HD Spikers look to gain momentum in their matchup on Thursday, July 28 at the De La Salle Lipa Sentrum, while Generika will go up against them on Saturday, July 30 at the Filoil Flying V Centre.