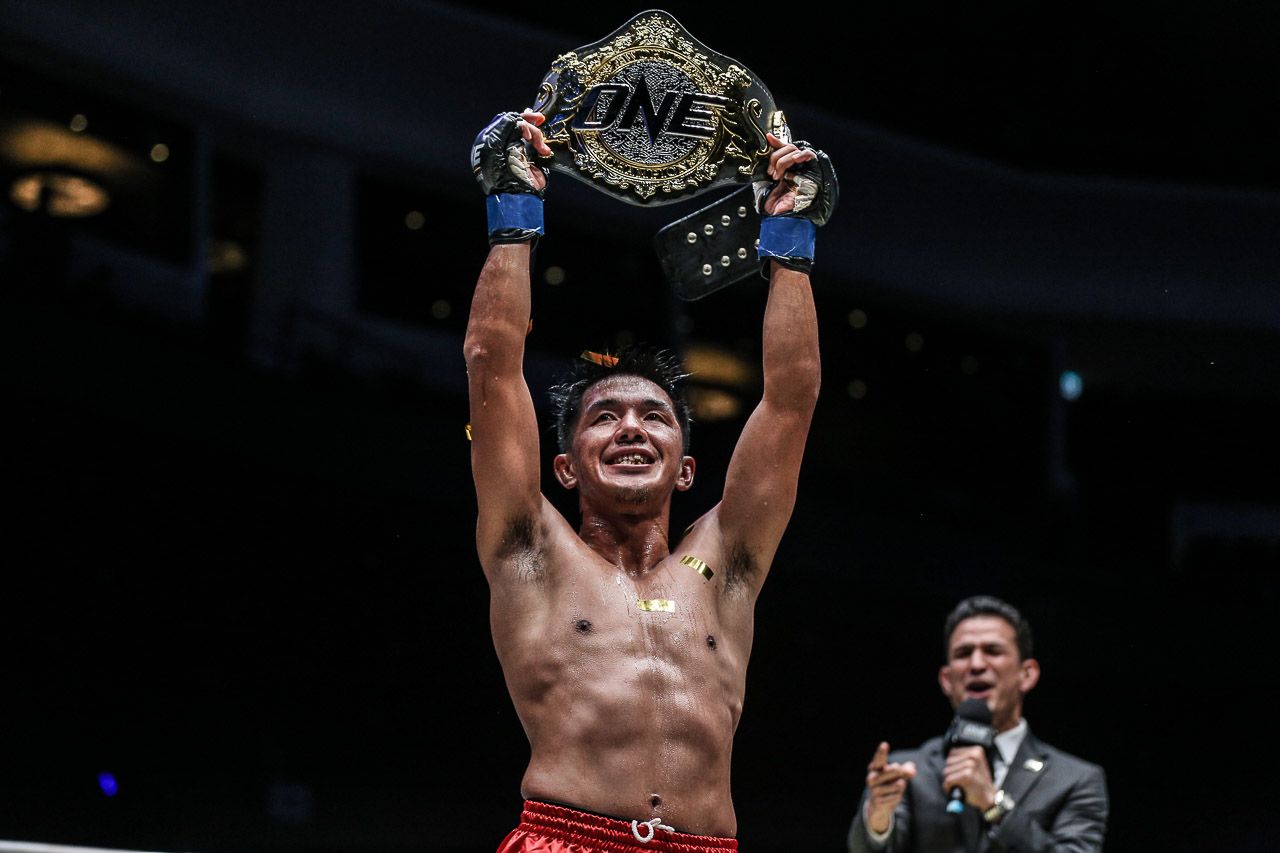 The King of Rematches will once again be tested

For his first title defense, Geje Eustaquio (11-6) will put his ONE Flyweight World Championship on the line against a familiar foe. Standing in his way is the fighter he beat for the belt – Adriano Moraes (17-3).

Their bout will be the main event of ONE: Hero’s Ascent on Friday, January 25, at the SM Mall of Asia Arena.

It will also serve as the tiebreaker for the two arch-rivals.

Back in ONE: Pinnacle of Power held last June 23, 2018 in Beijing, China, Eustaquio eked out a split decision win over Moraes to unify the Flyweight crown.

But in their first bout back in Rise of the Kingdom back in September of 2014, Moraes completely had his way against a young Eustaquio. He finished the Baguio-native with a guillotine choke in the second round.

This will be a busy first quarter for the famed Team Lakay camp, as Joshua Pacio defends his ONE Strawweight championship against little-known Yosuke Sarute in the main event of Eternal Glory on January 19. Senior Lakay member Eduard Folayang, on the other hand, headlines ONE’s first foray in Japan, taking on Shinya Aoki for the Lightweight crown.